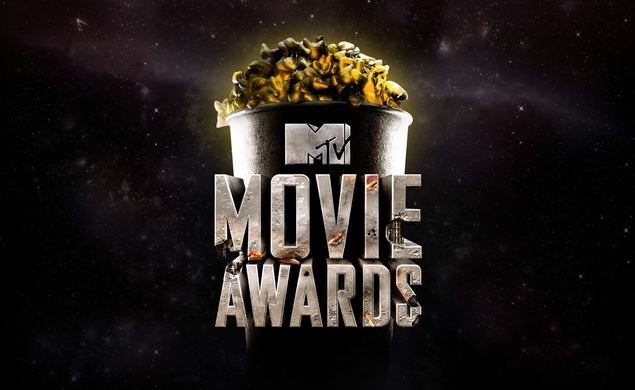 Last night, Hollywood’s brightest stars filed into Los Angeles’ Nokia Theater for the biggest night of glitz and glamour in the entertainment industry. The MTV Movie Awards took place last night, with comedian Amy Schumer playing double duty as host/huckster for her upcoming comedy Trainwreck. Cinema’s grand evening of dignity and restraint featured a performance from Ty Dolla $ign (if that is his real name), Charli XCX (if that is her real name), and Tinashe (that actually is her real name) of recently-released single “Drop That Kitty.” Allow me to refer to our trusty resource Wikipedia for the most direct, levelheaded description of the track: “[Drop That Kitty] discusses a scenario of meeting someone attractive in a club and communicating basest desires to them, while extolling the virtues of physical flexibility.” Well put, Wikipedia.

The awards mainly went to populist favorites, with Neighbors, The Fault In Our Stars, and The Maze Runner taking home three awards apiece. The hotly contested awards in the Unabashed Silliness sidebar went to a diverse array of talent: Jennifer Lopez took home the “Best Scared-As-S**t Performance” award, which we can only assume means that she was as scared as Skat, as in MC Skat Kat, universally understood to be the most easily frightened animated feline rapper. Zac Efron netted the Best Shirtless Performance prize for his turn in Neighbors, besting competitors including Kate Upton in The Other Woman (who must now necessarily be addressed as “award-nominated actress” Kate Upton) and Channing Tatum in Foxcatcher, a bleak, unsparing portrait of greed, manipulation, and shirtlessness. The rest of the winners can be found over on MTV.

In addition to all that, a plethora of new TV spots for hotly anticipated upcoming releases made their debuts during the telecast of the MTV Movie Awards. We’ve taken the liberty of collecting them for your viewing pleasure below.

A teaser for the big-screen debut of diminutive crimefighter Ant-Man graced the awards telecast last night, but this morning saw the premiere of a full trailer. It’s enticing—the mechanics of Scott Lang’s size-shifting punches fascinates, the gag with Thomas the Tank Engine is inspired, and Paul Rudd has presence for days. Even so, a decent portion of the trailer seems to have been airlifted in from Iron Man. Derivative or not, we’ll be there.

How apropos that on John Green’s night of triumph, the teaser for the next adaptation of his work should drop. The brief clip from Paper Towns stars Fault In Our Stars alum Nat Wolfe and formidably-browed It Model Cara Delevingne as a pair of youngsters who break into a young man’s house and attempt to shave his eyebrows off as he slumbers. What rascals!

In last night’s clip, Marvel geeks got a better look at Iron Man’s Hulkbuster armor, a heavy-duty weaponized suit designed to incapacitate Bruce Banner’s rage-fueled alter ego. The fight that ensues between the two titans earns the descriptor “epic” and then some. The momentary fear that director Joss Whedon may be overplaying his hand prior to the film’s actual release fades pretty quickly. Surely, the guy’s got something even more impressive up his sleeve.

The runaway a cappella smash from 2012 will get its sequel next month, but last night stoked audience excitement with a new clip of some sort of underground singing battle. Presiding over the proceedings is David Cross in some kind of wizard costume, because we’ve all got bills to pay. The Bellas challenge a group of serious-looking European vocalists in a “90s Hip Hop Jamz” showdown. Our heroes sing a soulful (for white people, but still) rendition of Lauryn Hill’s “Doo Wop (That Thing)” and their nemeses counter with “This Is How We Do It” by Montell Jordan.

The 30-second Tomorrowland spot that ran during last night’s telecast doesn’t offer up much that the original trailer hasn’t already shown. Hugh Laurie’s wearing a futuristic uniform! Laser-guided guns! Cables that can transmit people! Truly an amazing place, the future. I can’t wait until it happens.