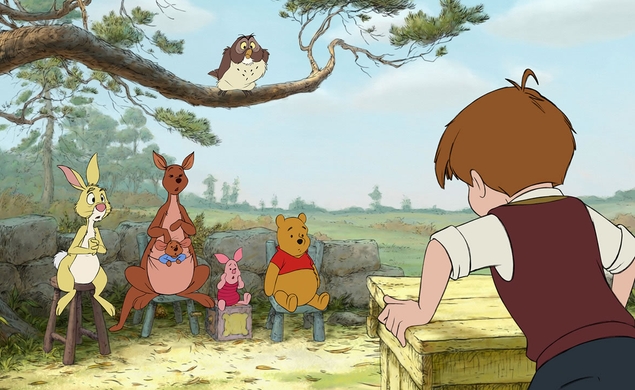 We here at The Dissolve were big fans of Listen Up Philip, writer-director Alex Ross Perry’s dark comedy of literary ambition. The film cast Jason Schwartzman, who is a hell of a nice guy in real life but a whiz at playing narcissistic bastards onscreen, as an up-and-coming novelist who is willing and eager to do anything to get to the top, including being terrible to a long-suffering girlfriend played by Elisabeth Moss and internalizing his cynical mentor’s bleak outlook on life and humanity.

The film was funny, dark, literate, and above all else, adult, although the protagonist certainly has a tendency to behave like a bratty adolescent throughout. So it is a little surprising that the creator of this cynical festival-favorite has been tapped to write a live-action version of Winnie The Pooh. According to Deadline, the film will focus on the grown-up Christopher Robin and his return to the Hundred Acre Wood and his old friends Winnie-The-Pooh, the eternally depressed Eeyore (the original emo kid), and the frighteningly manic Tigger.

I am a fan of the honey-loving bear created by A.A Milne, and was thoroughly charmed by the conventionally animated Winnie-The-Pooh movie that came out a few years back, so I am excited about this project. The Deadline article points out that David Lowery, the director of Ain’t Them Bodies Saints, was recently tapped to head-up a remake of Pete’s Dragon, so it’s possible that the success of James Gunn and Guardians Of The Galaxy have given studios more confidence in the ability of edgy independent filmmakers to deliver the goods, commercially and creatively speaking. And if this trend continues, can it be long before we finally get to see Werner Herzog’s gritty reboot of Bambi?