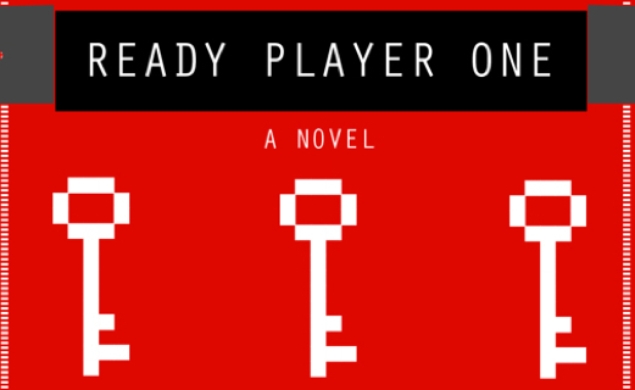 Wassup, All In Your Face Of The Day: Steven Spielberg and Ready Player One
Everybody get up it’s time to slam now we got a real jam goin’ down Steven Spielberg is going to direct Ready Player One! It’s a highly anticipated project, based on the popular sci-fi book of the same name by Ernest Cline that takes place in 2044 and “follows the story of a virtual-reality game creator who offers up his entire company to the player who can find an Easter egg in one of his many virtual worlds.” Like a Willy Wonka for the digital age! Wave your hands in the air if you feel fine (about this news). Wait, but as Deadline points out, we shan’t celebrate Space Jam-style yet, as “a question arises about how they will bring a key element of the book’s virtual world to life for the big screen. After all, it seems imperative for the audience to feel like they were dropped in the middle of a video game.” Incredibly true, Deadline. Everybody put your hands away.

All Blocks All Everything Of The Day: Another Lego movie
Warner Bros. has hired Jason Segel and Drew Pearce to write and co-direct a new Lego movie. This one will be titled The Billion Brick Race; there are no plot details available, but we all know that it’s going to be a puckish remake of Scarface. Billion Brick Race is not to be confused with all the other Lego movies that are happening right now—the Charlie Bean-directed Ninjago, out in 2016; The Lego Batman movie, out in 2017; and The Lego Movie 2, out in 2018. Why even have movies with people anymore, though? Legos are immortal, very easily persuaded, and they never get fat or tell you to stop crying.

Comic Book Movie Thing Of The Day: Lana Condor cast in X Men: Apocalypse
Bryan Singer has announced that he’s cast Lana Condor as Jubilee in X Men: Apocalypse. Lana is a “newcomer” and has never been in a movie before, which means she is perfect to play a teenage mutant who generates explosive plasmoids from her hands, as Hollywood makes all actresses remove their explosive plasmoid hands as soon as they land a gig.

Saving America Of The Day: Lionsgate, by turning Mortdecai into a PG-13 movie
Remember all those comedy-loving kids who couldn’t see Mortdecai because of its R-rating, so they went on vengeful killing sprees instead? I blame Obama. Lionsgate has finally righted this wrong and stood up for #America and #freespeech by turning Mortdecai, that venerable cinematic institution starring Johnny Depp as a mustachioed bath-taker, into a PG-13 movie for its upcoming Digital HD release. Why? For the comedy-loving kids, remember? “And now, even more comedy lovers can experience the hilarity with the uproarious PG-13 cut of the film, Mortdecai PG-13, available exclusively on Digital HD and On Demand,” said Lionsgate, specifically, in a press release. I’m voting for Lionsgate in the next election. Are you?

Anonymous Star Trek 3 Villain Of The Day: Idris Elba
Idris Elba, whose fire has already scorched our Newsreel on this day, is in “early talks” (meaning they take place at 4 a.m. Eastern, daily) to play the villain in Star Trek 3. Details of his role are being kept “under wraps,” to use the favored industry parlance that is a nod to burritos, but early rumors “suggest that the Klingons would be the main villains in this movie, as they have not had a full presence in previous installments.” Well, we must give the Klingons their due, mustn’t we? Anyway, what is Idris’ address?

What Does Jesse Eisenberg’s Lex Luthor Look Like? Of The Day: Jesse Eisenberg
If you were wondering what Jesse Eisenberg might look like as Lex Luthor in Batman v Superman: Dawn Of Justice, wonder no more. He looks like himself. Like, exactly like himself, except with no hair and more sadness. “Our Lex is disarming and he’s not fake,” director Zack Snyder told EW. “He says what he believes and he says what’s on his mind. If you can unravel the string and decipher what he means, it’s all there.” Is Snyder speaking in code? Does he mean that Eisenberg’s Luthor speaks out of the top of his skull? Does he mean that he enjoys untangling cheap jewelry?

Whatev Of The Day: Leonardo DiCaprio and his money
All of us reading and writing the Newsies are very familiar with what it means to be a) staggeringly attractive and b) so rich that we burn piles of Legos for warmth. Which is why its NBD to learn that Leonardo Dicaprio makes $25 million per movie. As I write this, from space, where I just zoomed for a bit to get away from it all, other actors like Robert Downey Jr., Denzel Washington, and Matt Damon are all earning $20 million and up per movie. Sandra Bullock, Angelina Jolie, and Jennifer Lawrence are among the highest female earners—Bullock made $20 million up front for Gravity, and Jolie earned $15 million for Maleficent. Personally, I think we should all start paying each other in Legos, because they are the future.