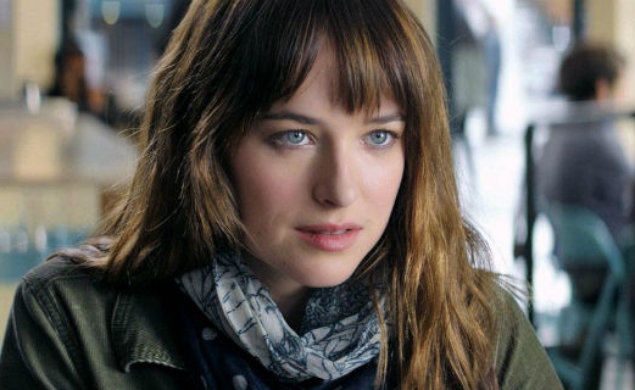 Sign of hope: Projects about, by, and/or starring lots o’ ladies
This week, plenty of female-led projects were green-lit, and female-led movies landed in theaters (or will be in theaters sometime before we all die). Here are a few:

Harbinger of doom: The drop in female protagonists
Major film roles for women dropped last year—only 12 percent of protagonists in the 100 top-grossing films were female. That’s four points less than 2002, and three points less than 2013. Dr. Martha Lauzen, the executive director of the Center for the Study of Women in Television and Film at San Diego State University, summarizes the issue nicely: “The chronic under-representation of girls and women reveals a kind of arrested development in the mainstream film industry…Women are not a niche audience and they are no more ‘risky’ as filmmakers than men. It is unfortunate that these beliefs continue to limit the industry’s relevance in today’s marketplace.”

Unfortunate is a kind way to put it, my girl Martha. In terms of diversity, only 11 percent of protagonists were black women, 4 percent were Latina, and 4 percent were Asian. Another fun fact: Most female characters tended to be younger than their male counterparts, and identified as wives, mothers, or girlfriends. The cruel irony is that, as we reported a few weeks ago, women-led movies are making the most bank. So, what the actual fuck, Hollywood? The (only) good news: A lot of people are pissed off about this. Like me.

Sign of hope: Smart, influential people speaking out about feminism
As usual, there were several women and men willing to throw their hats in the feminist ring this week. Here are a few great quotes from around the web:

Harbinger of doom: Amy Pascal’s response to the controversy over JLaw’s pay discrepancy
At Tina Brown’s Women In The World conference on Wednesday in San Francisco, Amy Pascal spoke for the first time about what she referred to as “getting fired” from Sony. Among the nuggets Pascal revealed: Angelina Jolie “didn’t care” about Scott Rudin calling her a “minimally talented spoiled brat” (of course she didn’t, she’s Angelina Mo’fucking Jolie); Pascal believes that “if we were all nice, [Hollywood] wouldn’t work.” When asked about the leaked Sony docs that revealed female stars like Jennifer Lawrence earned less than their male counterparts, Pascal responded, “I’ve paid [Jennifer Lawrence] a lot more money since then, I promise you. Here’s the problem: I run a business. People want to work for less money, I pay them less money … Women shouldn’t work for less money. They should know what they’re worth. Women shouldn’t take less. ‘Stop, you don’t need the job that bad.’ ”

She’s correct in that women should understand their own self-worth and speak up for themselves and women in general when possible. But this is overly simplistic, harmful, victim-blaming logic—taking women to task for being complicit in their own systematic oppression. Oh, we should just ask for more money? Huh! The patriarchy exists because we let it, guys! We’re just lazy and/or too shy to fix it! If we’d just ask, we’d get more money, more respect, more film parts, less street harassment, less rape, and more fun. Thanks for solving feminism, Amy.

Sign of hope: The Berlin Film Festival and its director
I wasn’t in Berlin for the film fest last week (I was there eating schnitzel), but the reports coming out of the Berlinale—including those from The Guardian and The Hollywood Reporter—are rife with stories of its women-led films. Isabel Coixet became the second female director in 65 years to open the festival, and plenty of woman-fronted, -written, or -directed films debuted, including Sonja Heiss’ Hedi Schneider Is Stuck, Benoit Jacquot’s Diary Of A Chambermaid, and Coixet’s Nobody Wants The Night. Oh, and that little indie about mustard, Fifty Shades Of Grey Poupon.

Still, only 116 of this year’s 441 films, or 26 percent, were made by women. Rather than celebrate this number, festival director Dieter Koslick said that the festival had a long way to go in terms of being all-inclusive. This is significant and atypical—Koslick could have easily ignored the issue altogether, or championed the paltry 26 percent as proof of progress, but instead, he took it as an opportunity to recognize the need for continued work and change (versus last week’s featured HuffPo piece, which lauded Sundance’s 36 percent of female-led films).

In mini Harbinger Of Doom news, only 19 percent of films at SXSW are directed by women. Let’s hope they understand they’ve got work to do, too.

Overall, was this a good, bad, or neutral week for women in movies, Rachel?
I’m going to give it a tentative “good.” The biggest blockbuster in theaters this weekend was written by a woman, directed by a woman, and designed to turn women on. (I have yet to see it, so I can’t fully speak to how, exactly, it represents women.) One of the most respected film festivals’ director spoke out about the work that needed to be done to correct gender imbalance in the industry, and though the news about the drop in female protagonists was staggeringly bad, the reaction has been, for the most part, “Wow, this is staggeringly bad. Let’s fix it.” Amy Pascal bummed us all out, oversimplifying a decades-long struggle for equal pay and the entire feminist movement, but maybe now that she’s got a little more free time on her hands, she’ll read this column and realize her mistakes. Hi Amy!