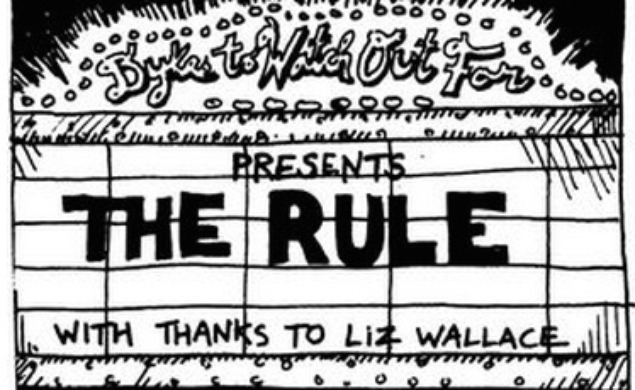 The rules of the Bechdel Test are easy (really, there are only three rules), but they are still apparently hard for the vast majority of cinematic offerings to meet.

Here’s how a film can pass the Bechdel, according to Alison Bechdel’s original comic:

1) It must feature a minimum of two female characters

2) Those female characters must talk to each other

More recent versions of the test swap out criteria No. 2 for “both characters must be named,” which still seems like it should be easy enough, right? Wrong. Despite these slim constraints, the newly launched Bechdel Test Fest reports that “just 15 percent of the top 100 films released in 2013 had a lead female character and by June last year, less than half of mainstream movies passed the test.” Not sure about some of your favorite films? Take a look at this online guide to get an idea of what films meet the Bechdel rules and, yes, a bunch that definitely do not. (Possible spoiler? The newest film to be analyzed is Ex Machina, which doesn’t release in the U.S. until April 10.)

According to The Independent, the brand-new U.K.-based film festival will spend the next year celebrating cartoonist Alison Bechdel’s eponymous test with events, debates, panels, and screenings of films that “pass the test with flying colours.” This past weekend, the festival kicked off with a panel dedicated to the romantic comedy, while March will feature an event dedicated to young women in big roles, and October will include a special women-in-horror section. Frankly, we’re only surprised that no one cooked up this idea sooner.

Now in its 30th year, the Bechdel Test still works as a benchmark-finder, and it continues to inspire other tests of its ilk, like the Russo Test (for LGBT characters) and the Mako Mori Test (which serves as a positive counterpoint for films that fail the Bechdel but still offer up positive depictions of women).

And, yes, even Bechdel herself likes films that don’t pass the test.