Before the movie, Derek Zoolander was just an inspired bit on VH1 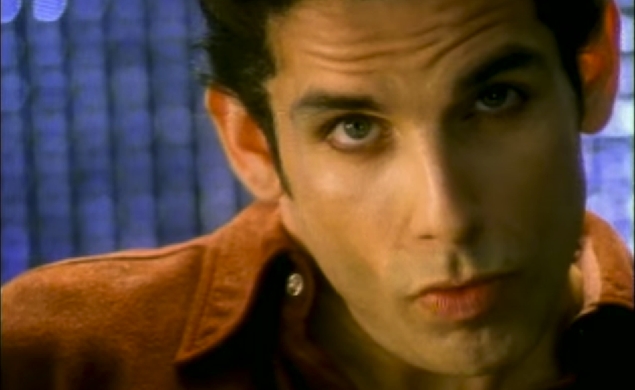 For years, rumors have been bandied about of a Zoolander sequel, despite the mixed reviews and modest box-office gross of the original film, to say nothing of Roger Ebert’s assertion that movies like Zoolander are why the terrorists hate America. (“There have been articles lately asking why the United States is so hated in some parts of the world. As this week’s Exhibit A from Hollywood, I offer Zoolander, a comedy about a plot to assassinate the prime minister of Malaysia because of his opposition to child labor,” began one of the late, great critic’s more misguided reviews.)

And yet that sequel still reportedly moves forward, picking up cast members new and old along the way, so I figured now might be a good time to travel back to the source and revisit the 1996 VH1 Fashion Awards sketch that launched the character. In it, Ben Stiller’s Derek Zoolander introduces the two nearly identical facial expressions that made his name as a supermodel: The tough, hard-edged “Ferrari,” as well as “Blue Steel,” which the exemplar of endless self-loved claims to save for “softer, catalog work.”

The character is a dithering, narcissistic idiot who has difficulty stringing words together into coherent sentences, but Stiller plays him as a man with wildly misplaced confidence bordering on arrogance, a man who sees male modeling as a work of supreme importance and difficulty. The sketch riffs mercilessly on the notion of modeling being difficult, bone-breaking work. At one point Zoolander tells his unseen interrogator, “If I have a day off I will spend four to eight hours in front of a mirror trying a tilt of the head or a furrow.”

The sketch excels at dumb-guy humor. Zoolander offers, “I’ve heard the Aborigines say that modeling steals your soul” then continues with mock-profundity, “Let me ask you a question: how many Aborigines do you see modeling? Not many.” The character is so dense he has to concentrate on not tripping while walking down the runway, and so devoid of basic human intelligence that he needs to put up signs admonishing him not to shave if he’s got a campaign that requires stubble coming up. (Though he does have an unfortunate habit of shaving in his sleep.) Stiller’s Zoolander has a much different center of gravity than everyone else, and seems incapable of not mugging wildly, most notably in his eyes, which dart from side to side as if in a state of perpetual suspicion, or flirtation.

The character can grow, and often does grow, tiresome in large amounts, but is perfect in a sketch that never makes it past the three-minute mark. So while it remains to be seen whether Zoolander 2 will ever happen, or should happen, we’ll always have these three minutes of perfect nonsense from one of the least essential awards shows of 1996.