Put down the crazy pills, Will Ferrell’s Mugatu is in Zoolander 2 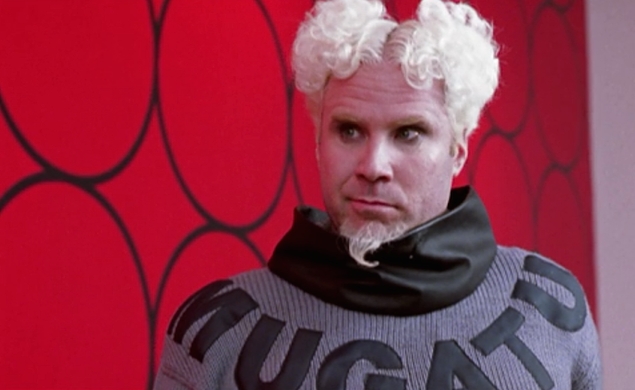 He’d already established himself as a comic force on Saturday Night Live (and he’d even starred in a few SNL spinoff movies, including Superstar and A Night At The Roxbury), but Will Ferrell’s big-screen career really began to take off in earnest with 2001’s Zoolander. As Mugatu, the tacky fashion designer who wants to use male models as Manchurian Candidate-style brainwashed assassins (and the inventor of the piano-key necktie), Ferrell finally began to harness his offbeat sensibilities in ways that worked for movies. In short order, he followed Zoolander with Old School, Elf, and Anchorman and there was no turning back from there.

At this point in his career, Ferrell certainly doesn’t need Zoolander 2, the long-in-development sequel that screenwriter Justin Theroux recently said was working itself into a shape and “might be starting to get up and running.” He’s busy enough with his own projects to skip a supporting role in a sequel to something he made over a decade ago. But while accepting an award at the Deuville Film Festival, according to The Hollywood Reporter, Ferrell confirmed Theroux’s assessment—and his own involvement in the film. His quote:

“We are actually supposed to do a read-through of a sequel script soon, and Mugatu is a part of it.”

Enough time has past since the first Zoolander that Mugatu could conceivably have served his jail term for attempted assassination and returned to the fashion world to plague Ben Stiller’s Derek Zoolander again. That would work for me. With Stiller and Ferrell involved, if you throw in Owen Wilson and a Tim Gunn cameo (“Mugatu, I’m concerned about the taste level of this revenge scheme. This is a make-it-work moment!”), Zoolander 2 basically becomes the best film of the decade.