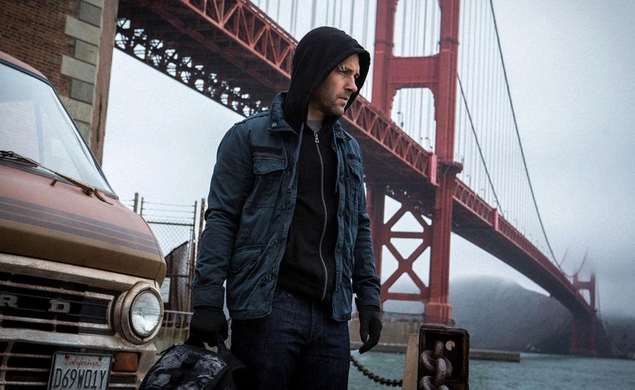 After director Edgar Wright’s surprise departure from Marvel’s Ant-Man movie earlier this years, one of the first names batted around as a potential replacement for him was Anchorman 2 director Adam McKay. That was quickly shot down, with Peyton Reed eventually settling into the director’s chair. But McKay tweeted at the time that “[Jack] Kirby and [Stan] Lee r my Lennon McCartney,” indicating that his decision not to take on the project really was a matter of time, not interest. A new Collider interview with McKay bears that out as well, revealing that he, along with Ant-Man star Paul Rudd, did extensive work on the film’s screenplay. As he told Collider:

“[Rudd] called me when Edgar Wright stepped away from the project and told me what was going on. I went and met with Marvel, and I was a little dubious just because I’m friends with Edgar and I didn’t know what the story was, and then when I kind of heard what happened, that Edgar had parted ways, and then I saw their materials, I was like, ‘God this is pretty cool.’ Ultimately I didn’t want to jump in as a director, I had too many other projects going and it was too tight, but I thought, ‘You know what, I can rewrite this, and I can do a lot of good by rewriting it.’”

Detailing the changes he and Rudd made, McKay said they “shaped the whole thing... make it a little bigger, a little more aggressive, make it funnier in places—we just basically did a rewrite.” But he also claims a lot of Wright’s original contributions to the dialogue and characters are still in place. If that’s accurate, Ant-Man is shaping up to be a really interesting, albeit troubled, collaboration between some spectacularly funny, creative people. It’s almost makes me feel something like hope regarding the future of this project, something I haven’t been able to muster since Wright left the project.

In the interview, McKay makes a point to talk up how much Rudd contributed to the writing process—“He’s really great with dialogue”—which is also encouraging. Rudd is certainly the most traditionally comedic actor to enter the Marvel Cinematic Universe, and the fact that he’s apparently been able to inject some of his own flavor into the role of Ant-Man is very promising. In celebration of this news, The Dissolve has acquired this exclusive footage of Rudd’s writing process: