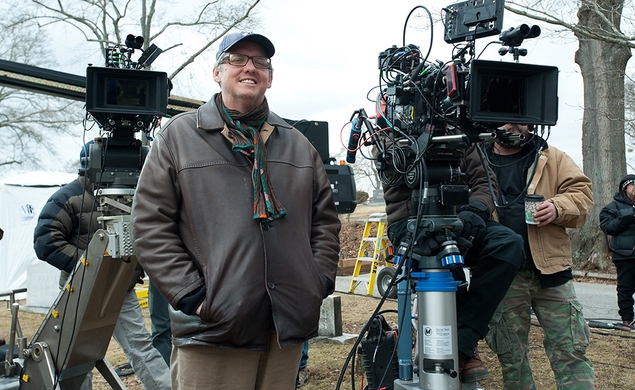 Marvel’s Ant-Man is scheduled to open in just over a year, on July 15, 2015. It has several stars, including Paul Rudd and Michael Douglas, but no director, after Edgar Wright suddenly dropped out of the project just before the Memorial Day weekend over conflicts with the comic-book giant over “differences in their vision of the film.” With just 13 months to shoot, edit, and release the project, the race was on to find a replacement for Wright as soon as possible. Last Friday, a list of potential directors began circulating online and late that night, Ain’t It Cool News reported that one candidate was “in talks” to take the job: Anchorman 2 director Adam McKay. “Both sides,” AICN’s Jeremy Smith wrote, “are expected to quickly work out a deal.”

Things moved quickly, but not as anticipated. By Saturday morning, McKay’d had second thoughts and turned down the job, tweeting:

And yes, met w/Marvel. Kirby & Lee r my Lennon Mccartney so it was awesome. But have other projects I'm committed to. Not sure it can work.

McKay has expressed an interest in making a comic-book movie in the past; and he’s tried before to turn Garth Ennis’ The Boys into a film, but so far nothing has come of it. As much as I want to hate any version of Ant-Man that doesn’t involve Edgar Wright, I must confess to feeling a fair (if conflicted) amount of excitement over the idea of Rudd and McKay reteaming for a snarky, improv-heavy superhero movie. According to The Hollywood Reporter, the other top candidates for the job are We’re The Millers director Rawson Marshall Thurber and Gangster Squad’s Ruben Fleischer, two names that inspire a lot less enthusiasm but probably fit more with Marvel’s studio-first philosophy than Wright or McKay.

Even as a guy who kind of likes Ant-Man and think there’s a lot of potential—particularly from a visual perspective—for an Ant-Man movie, I’m not sure why Marvel is continuing to pursue the film without Wright, who was attached to the project since 2006 and spent years developing it. Is there stuff planned for the movie that is too important to the rest of Marvel’s “Phase Three” to lose? If so, this could become the first real test of Marvel’s otherwise ingenious “cinematic universe” strategy.