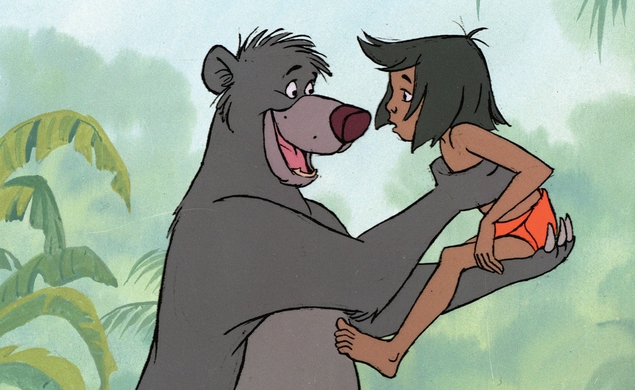 The hottest author in Hollywood right now isn’t Gillian Flynn, or Dan Brown, or Suzanne Collins. It’s Rudyard Kipling, who died almost 80 years ago, but who has two different film versions of one of his novels in active development in Hollywood. Both Disney and Warner Bros. are currently at work on their own versions of Kipling’s The Jungle Book, scheduled to open within a year of each other, in October of 2015 and 2016. The guy must have one hell of an agent.

Disney’s Jungle Book will come first; this is the one directed by Jon Favreau that will feature just a single onscreen human (10-year-old Neel Sethi as Mowgli) alongside motion-captured animals voiced by the likes of Ben Kingsley, Idris Elba, and Christopher Walken. The latest addition to the cast is the biggest yet: Bill Murray, who, per a Disney press release, will voice the fun-loving bear Baloo. Murray has experience in the talking-animals department, having provided the voice for Garfield in two different live-action/CGI hybrids (which he only made because he mistakenly believed one of the Coen brothers were directing them, but whatever). Even without previous voice work, though, Murray would be an inspired choice for Baloo. Who better to play a laid-back, advice-dispensing guru than the king of laid-back advice dispensement, the guy who loves to pop up in random engagement photos, karaoke parties, and bachelor-party toasts around the country?

Murray and Favreau’s Jungle Book comes out on October 9, 2015. One year later, on October 21, 2016, Warners will unveil its own version of the classic tale, under the title Jungle Book: Origins. That title makes the film sound like 90 minutes of Rudyard Kipling sitting pensively at his desk, but given that Warner Bros. has hired Andy Serkis, the undisputed king of motion-captured performances, to direct the film, it will probably feature some mo-capped animals wandering the jungle (and possibly explain how Wolverine lost his memory and gained metal claws). According to The Hollywood Reporter, Serkis’ film doesn’t have a cast locked down yet, but it isn’t due for two full years, so Serkis has time to find his own Baloo and company. And then the bloody Battle Of The Live-Action Jungle Book Movies shall begin in earnest.