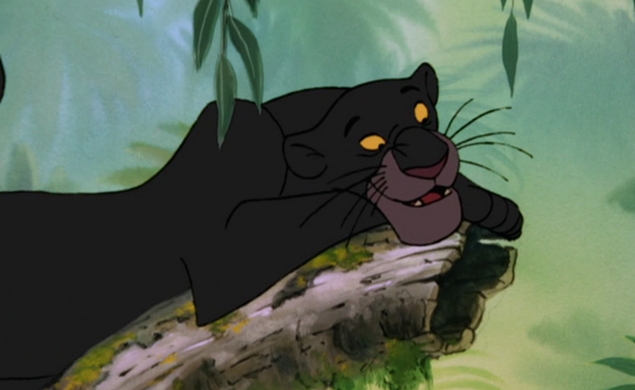 I suspect there is a certain amount of urgency behind the scenes at Disney to turn more old animated classics into new live-action hits now that Maleficent has followed Alice In Wonderland in becoming a major blockbuster for the company. To that end, Disney is prepping a new Beauty & The Beast from Bill Condon, and a new version of Rudyard Kipling’s The Jungle Book. That film is being helmed by Iron Man’s Jon Favreau, and already has Pacific Rim’s Idris Elba lined up to provide the voice of evil tiger Shere Khan, along with Scarlett Johansson and Lupita Nyong’o onboard as a wolf and python, respectively. Today it added another impressive vocal talent to its cast: Ben Kingsley, who joined the Iron Man franchise right as Favreau left it. From Disney’s press release:

“Academy Award-winning actor Ben Kingsley has been cast as the voice of Bagheera in Disney’s upcoming The Jungle Book. Directed by Jon Favreau from a script by Justin Marks, The Jungle Book combines live action and animated filmmaking.”

Bagheera is the panther that rescues Mowgli as a “man-cub” and brings him to a pack of wolves to raise as one of their own. In Disney’s animated Jungle Book from 1967, the character was played by British actor Sebastian Cabot, who also provided the film’s narration. Here’s a sample of both from early in the film:

Kinglsey doesn’t sound much like Cabot, but his voice is distinctive and refined and easy to imagine coming from that panther (or his 3-D CGI equivalent). The real question is who could voice Baloo, the laid-back bear that teaches Mowgli (and sings about) the bare necessities of life. Tom Hanks would be good, but his voice might be too closely associated with Woody from Toy Story to play another animated character. I could see Bruce Willis nailing the character’s relaxed attitude, but I could also see Bruce Willis sounding bored instead of mellow. Kevin Spacey’s close, but he’d be better for a more menacing character. Wait a minute, I’ve got it: Matthew McConaughey. C’mon, it’s got to be him, right? Who’s more down with kicking back and vibing on the bare necessities than McConaughey? Wait, surfing qualifies as a bare necessity, right?

The new Jungle Book opens in theaters on October 9, 2015. At press time, rumors that Kingsley’s Bagheera will be revealed in the film’s third act as an actor playing a panther could not be confirmed.