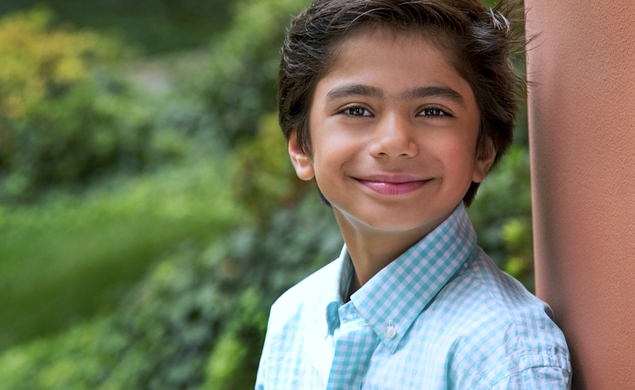 After a long search spanning several continents, Disney and Jon Favreau have found a satisfactory Mowgli for their upcoming, quasi-live-action Jungle Book remake. Joining a cast that already includes Idris Elba and Ben Kingsley, 10-year-old New York newcomer Neel Sethi will assume the orange loincloth for the film, slated for release on October 9, 2015. Casting an inexperienced performer may be a wise move in this case—there’s arguably no better way to capture the unfettered innocence and naivete of Mowgli. In a statement, Favreau explained, “Casting is the most important element of any film and finding the right kid to play Mowgli was imperative. Neel has tremendous talent and charisma. There is a lot riding on his little shoulders and I’m confident he can handle it.”

Casting director Sarah Finn added similar sentiments: “Neel embodies the heart, humor, and daring of the character. He’s warm and accessible, yet also has an intelligence well beyond his years and impressed us all with his ability to hold his own in any situation. Even though he has no professional acting experience, his natural charisma and instincts jumped out at us.”

This film will present a challenge beyond the usual ones facing a first-time actor. As Mowgli, Sethi will be the only human actor to appear onscreen in the film. Elba, Kingsley, and all other performers will assume their animal personae through a motion-capture process, which will then be combined with Sethi’s live-action form. Giving an organic performance opposite Stringer Bell wearing a zentai covered in ping-pong balls won’t be easy, but Sethi certainly looks the part.