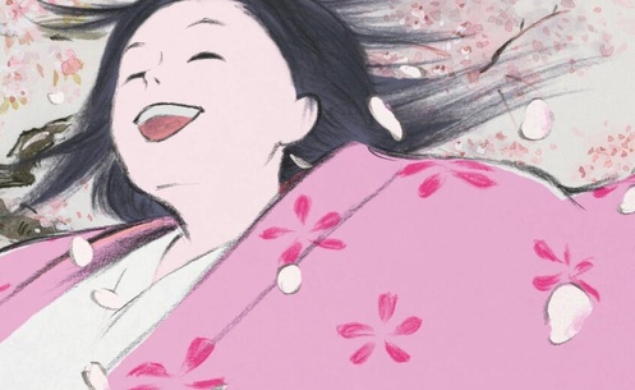 Hayao Miyazaki is the name most associated with Studio Ghibli, but his longtime business and creative partner Isao Takahata has been responsible for some of Ghibli’s best films, including Grave Of The Fireflies, Only Yesterday, and Pom Poko. Ghibli fans like myself were anxious to see Miyazaki’s (maybe) swan song The Wind Rises earlier this year, but we’re just as excited about what could be the 78-year-old Takahata’s final film, The Tale Of Princess Kaguya. Judging by the trailer below, Princess Kaguya looks like it has a lot in common stylistically with Takahata’s earlier film My Neighbors The Yamadas, released 15 years ago. The colors are soft and the lines often sketchy, evoking Japanese art from centuries ago. The film is based on the folktale “The Tale Of The Bamboo Cutter,” about a child found in the wilderness who grows up rapidly, and who may not be long for this world.

The Tale Of Princess Kaguya was released in Japan last year, and was well-reviewed. GKIDS picked it up for U.S. distribution, and is planning a limited release on October 17. First, though, the company has to complete the English-language dub—a process that has served Ghibli fairly well in the past. According to Deadline, the actors already lined up to do voices in Kaguya are James Caan, Mary Steenburgen, Darren Criss, Lucy Liu, Beau Bridges, James Marsden, Oliver Platt, and Dean Cain, who will join Chloë Grace Moretz, the voice of Kaguya. The dubbed Ghiblis still tend not to break wide with American audiences, but they’ve typically been handled sensitively and creatively, and there’s no reason to think that this one will be any different. Anyway, dubbed or subtitled, The Tale Of Princess Kaguya is one that animation buffs are eagerly awaiting—especially those of us who teared up just 30 seconds into that trailer.