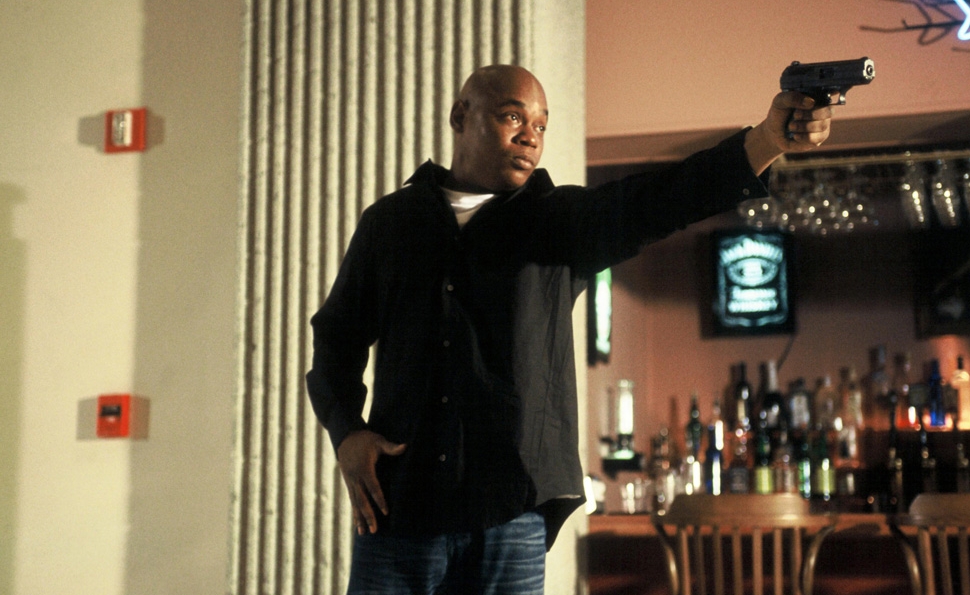 The path: A Madea Christmas-->A Day In The Life

We begin this entry with the Tyler Perry comedy A Madea Christmas, a motion picture which, remarkably, has a completely different premise than the Tyler Perry play A Madea Christmas. In a premise that forthrightly addresses one of the hottest social issues of 1962, A Madea Christmas tells the tale of a family forced to pretend their black daughter hasn’t married a white man, out of deference to the insane bigotry and ostensible heart condition of a hateful old shrew played by Anna Maria Horsford. The play A Madea Christmas, meanwhile, revolves around a mean old family who pays a terrible psychic cost for making their maid work on Christmas: The maid invites Madea and the rest of her relatives over to torment the mean family until they pray for a quick, merciful death. (I did much the same while suffering through A Madea Christmas on the big screen.)

The movie version of A Madea Christmas prominently features ghost-themed sex play involving Larry The Cable Guy, but the theater incarnation has something less stomach-churning: music. It’s a musical, as is A Day In The Life, the film Netflix recommends to folks who dug A Madea Christmas and want to branch out into entertainment not titled A Madea Christmas. But A Day In The Life isn’t just any musical. It’s a rare example of what is known as a “hip-hopera,” after the subtitle of the Beyoncé-starring 2001 adaptation Carmen: A Hip Hopera, which replaced the boring old music of Georges Bizet with the poetry of the streets: hip-hop and R&B.

But Day In The Life’s lineage can also be traced back to a string of ambitious rap concept albums from the late 1990s and early 2000s that were essentially movies on wax, complete with overarching narratives, involved plots, and essentially everything expected of a movie except visuals. The apex of this strange form of cross-pollination was Prince Paul’s acclaimed 1999 album A Prince Among Thieves, an ambitious, star-studded noir narrative about a young man torn between music and crime that featured guest appearances from De La Soul, Kool Keith, RZA, Biz Markie, and essentially everyone else in Prince Paul’s overflowing Rolodex.

Prince Paul’s friend and collaborator Chris Rock purchased the rights to A Prince Among Thieves, but nothing ever came of it, because how the hell are you going to turn a rap album, even one as cinematic and conceptual as A Prince Among Thieves, into an actual movie? Besides, it’s not as if the world is overflowing with wildly successful rap musicals. Even 50 Cent, at the height of his popularity, couldn’t crack that code.

A Day In The Life’s lineage can be traced more directly to Blacktrash: The Autobiography Of Kirk Jones, a 2001 solo album by Onyx member Kirk “Sticky Fingaz” Jones that traces the downfall of a felon as he unsuccessfully attempts to turn his life around after getting out of prison. I’m a sucker for concept albums, and I very much enjoyed the ambition, scope, and pulpy grit of Blacktrash, though it isn’t exactly the kind of LP I pull out and listen to regularly on the old Victrola.

Yet it wasn’t until I started looking for alternatives to A Madea Christmas—as if anything could possibly take its place—that I realized Kirk “Sticky Fingaz” Jones had succeeded where even the great Prince Paul had failed. He’d actually gone ahead and realized his dream of making a movie where every line of dialogue is rapped and the entire production moves to a propulsive hip-hop beat. It’s an audacious move, particularly one for a first-time director who also wrote the script, co-wrote the music, and stars as Sticky, a wealthy but morally conflicted young kingpin who has been laundering drug money through a bullshit hip-hop label. Sticky arrives at a crossroads when he discovers his girlfriend Heaven (Melinda Santiago) is pregnant he and goes to war with a rival kingpin played by Faizon Love, who looks and acts like a big, malevolent teddy bear.

A Day In The Life has the potential to be not just bad, but unwatchable, a singularly misguided, poorly executed trainwreck that doggedly, unsuccessfully attempts to drag hip-hop and cinema in a direction neither is supposed to go, and certainly not in tandem. Instead, it’s an audacious, unexpectedly successful stunt that finds a halting rhythm somewhere between the beats of a typical hood movie and an exceedingly long, involved music video. A Day In The Life is a strange beast: neither fish nor fowl, not quite a rap video, but not entirely a movie either.

It’s a singular mutant of a movie, and it takes a little while for the weirdness of everyone rapping instead of talking to stop being jarring. But part of the strange charm of A Day In The Life is that the weirdness never dissipates completely. A Day In The Life is a deeply odd project populated by not just the expected roster of rapper-actors like Fingaz (who’s had far more success as an actor than a rapper lately), but also bland-looking white dudes who most days would be auditioning for supermarket commercials in Burbank. Instead, due to the nature of this project, they’re attempting a clumsy form of delivery that hovers between heightened rhythmic speech and what could very generously be called rap.

There’s a distinct trainwreck fascination in seeing pasty white character actors like Michael Rapaport attempt to rap, but Fingaz has also wisely filled the cast with veterans adept at both rapping and acting, like Omar Epps, who has a standout scene as a famed underworld figure who’s left street life behind to operate a Jamaican restaurant.

Epps dispenses some life lessons, but my favorite part of his performance is that his character is introduced telling one of his employees that, in essence, if he has time to lean, he has time to clean. He’s a badass O.G., but he also has a business to look after, and he can’t have some no-account no-goodnick daydreaming on the job. That’s the kind of left-field idiosyncrasy that makes A Day In The Life so weirdly compelling.

As his situation spirals out of control and corpses begin to pile up, Sticky descends into an existential crisis, and he receives counsel from a wizened old drunk played by the great character actor Clarence Williams III, whose career stretches from The Mod Squad to playing Prince’s dad in Purple Rain to memorable roles as spooky-ass old dudes in Deep Cover and Tales From The Hood.

Williams plays the world-weary voice of experience, the secret guru at the end of the bar whose shambling exterior masks deep internal wisdom. It’s a stock part, in other words, the barfly idiot-savant, but Williams nails it. He doesn’t rap so much as he delivers his lines in a half-rapped, half-spoken ghostly rasp, but he gives unnerving conviction to lines like, “This whole damn country’s a prison, but it’s so damn big, you don’t know you’re in it.”

Is A Day In The Life a great leap forward for hip-hop or film? No, but it is surprisingly engaging, and Fingaz proves a charismatic lead on top of everything else. Against long odds, Sticky Fingaz pulled off his audacious fusion of rap and cinema, even if that meant creating a movie primarily meant to be enjoyed on a hazy afternoon by stoners with low expectations, people who vaguely remember Sticky Fingaz as that screamy guy from Onyx.

A Day In The Life didn’t make much impression culturally, but I have to admire Sticky Fingaz’s hustle: He wrote, directed and starred in another 2013 hip-hopera called Caught On Tape, opposite Vivica A. Fox and Cedric The Entertainer. Sticky Fingaz paved his own lane, culturally speaking, and is confidently speeding down it, not unlike Tyler Perry, the multi-hyphenate whose garish insult to the spirit of Christmas provided the entryway into this deeply strange, strangely satisfying, casually revolutionary little B-movie.