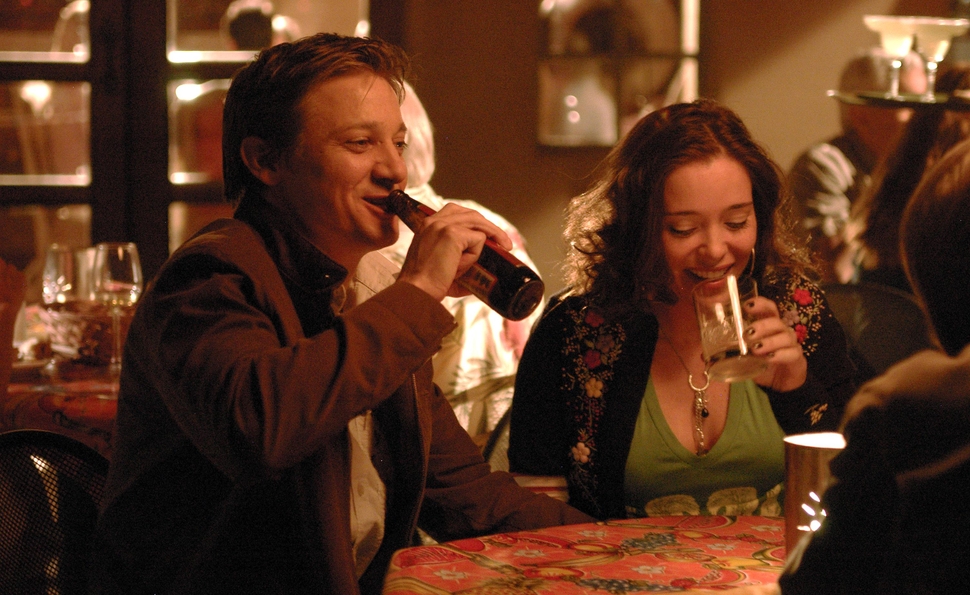 Quick: What do the films Neo Ned, The Heart Is Deceitful Above All Things, 12 And Holding, A Little Trip To Heaven, Love Comes To The Executioner, Take, and Ingenious all have in common? They all star Jeremy Renner, and chances are good you haven’t heard of any of them. That’s not because these are the kind of tiny, quickly forgotten movies actors make to try and establish themselves before getting their big break. Renner made plenty of those as well, obscurities with titles like Paper Dragons, Fish In A Barrel, and Monkey Love. (That doesn’t even include his early television work, which includes TV movies with Troy McClure-worthy titles like A Nightmare Come True and A Friend’s Betrayal, or shows where he played characters with names like Jojo Picard and Ted Fury.) No, this parade of regrettable-looking obscurities—at least one of which, Neo Ned, finds him playing a neo-Nazi who meets a young black woman in a mental hospital who believes she’s the reincarnated Adolf Hitler—came after what should have been Renner’s big break.

The one-two punch of the intense, claustrophobic 2002 character study Dahmer, in which Renner accomplished the formidable feat of inspiring sympathy for one of the most notorious serial killers in existence, and 2003’s S.W.A.T., a half-forgotten blockbuster that gave him a juicy role as its primary villain, should have made Renner a star. But for whatever reason, stardom didn’t take. Renner continued to be a working actor, and appeared in some big studio pictures like North Country and The Assassination Of Jesse James By The Coward Robert Ford. But until his Oscar-nominated performance in The Hurt Locker, a starring role by Jeremy Renner was no guarantee of even the most modest theatrical release.

The Hurt Locker changed that, and since the turn of the decade, Renner has been given the keys to seemingly half the blockbuster franchises in existence. (The Rock was given keys to all the others.) The art-house and direct-to-video valley of Renner’s career gave way to a string of big films with instantly identifiable titles like Mission Impossible—Ghost Protocol, The Avengers, and The Bourne Legacy. Before The Hurt Locker, Renner couldn’t definitively break through into the A-list. Now, it would take a Mel Gibson-like public meltdown or a John Travolta-like decades-long string of flops to knock him off it. But while much has been gained in Renner’s evolution into a massive mainstream box-office superstar, something has been lost as well.

Renner spends so much of his time these days playing superheroes and super-agents that it’s doubtful he’ll get cast much in the kind of everyguy role he plays so well in Ingenious, a film made before but released after The Hurt Locker. Inspired by a true story, it’s an endearing little movie that Netflix recommends for fans of The Amazing Spider-Man 2 by way of Spider-Man 2 (though the connection between The Amazing Spider-Man 2 and something called Spider-Man 2 eludes me; maybe the link is that they’re both sequels? Or take place in New York?) and then The Avengers, in which Renner plays Hawkeye, a superhero whose greatest gift is his ability to shoot arrows real good. This leads to Ingenious (a.k.a. Lightbulb), which could not be more different from The Avengers—although I suppose both do prominently feature inventors. The crucial difference is that Tony Stark creates fantastical contraptions that render him superhuman, while Renner’s partner in Ingenious invents novelty watches and other crap deemed too undignified for Spencer’s Gifts.

In Ingenious, Renner and fellow lead Dallas Roberts play real-life guys so unremarkable that for the first hour or so of the film I found myself wondering why on earth someone made a movie about them. Matt (Roberts), the film’s protagonist, is not afflicted with some rare or dramatic disease. He doesn’t need to overcome incredible obstacles to change the world. He’s just a likable, everyday guy who has devoted his adult life to trying to come up with the one idea that will transform him from an aspiring inventor and entrepreneur into the real deal.

There’s something about the figure of the solitary inventor, working madly in his garage to create some wonder gizmo that will change everything, that cuts to the heart of the American dream. We are a nation of dreamers and inventors, a country that transformed Thomas Edison and Steve Jobs into secular saints. While ever so humble, Matt’s story plugs into this simultaneous reverence and skepticism toward the lives and schemes of those impractical dreamers who might die rich and beloved, or might perish forgotten and unknown, with only storage spaces full of dumb inventions that never sold to betray their Herculean ambitions. As Ingenious begins, Matt appears to belong to the second set of inventors. Matt’s big-talking best friend, partner and main salesman Sam (Renner), still believes in him, but Matt’s loving and supportive wife Gina (Ayelet Zurer) is understandably concerned about both her husband’s gambling problem and his reluctance to accept the compromises of adulthood. 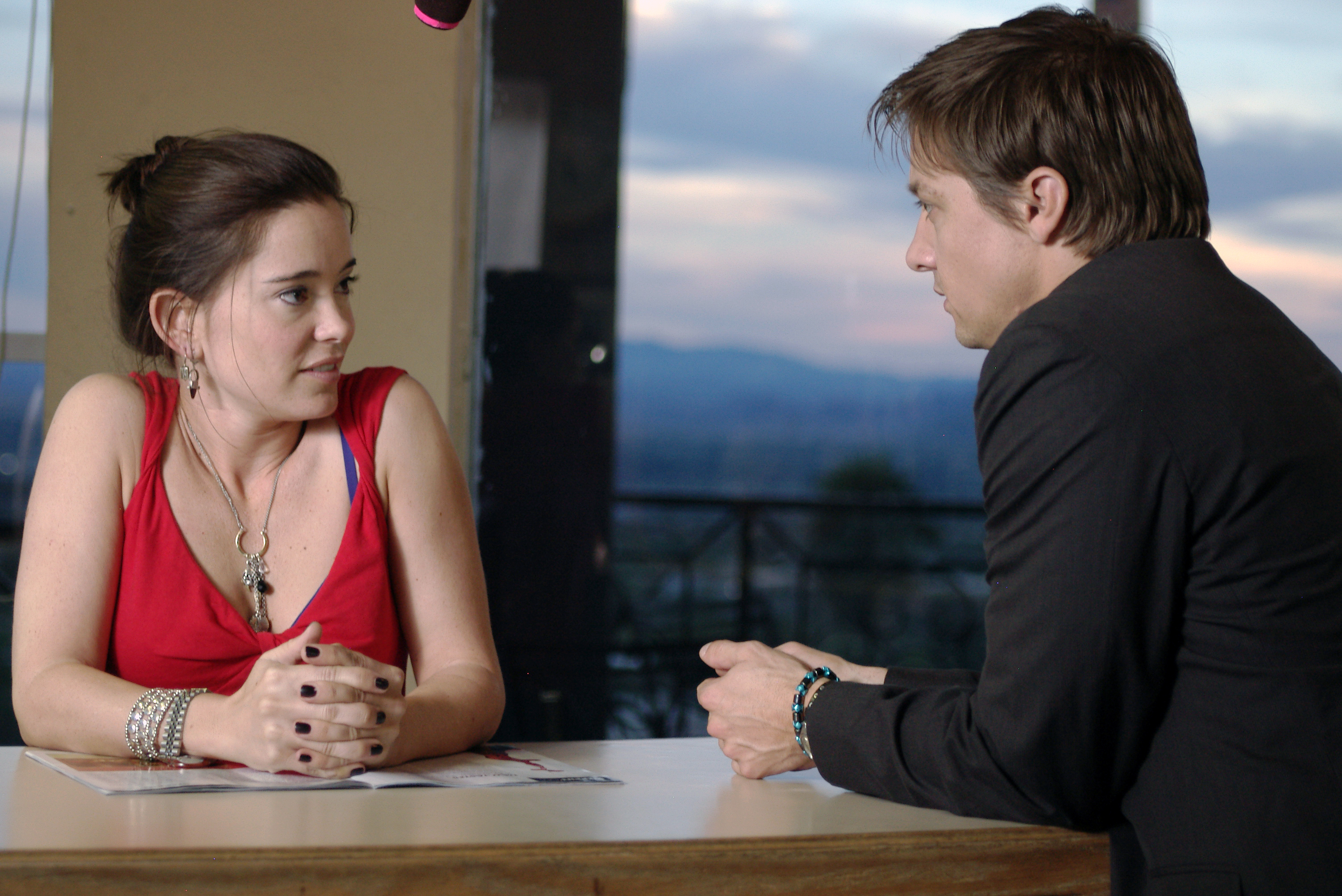 There’s a reason the phrases “girlfriend role” or “wife role” are generally accompanied by the word “thankless.” Movies still have a hard time writing juicy, substantive parts for women, especially in supporting roles. In a less insightful film, Gina easily could have come off as either a grating nag or a paper saint, but she’s arguably Ingenious’ most complex and interesting character. In a scene that says much about what the film does right, Gina talks to a flight-attendant friend with whom she’s obviously shared much over the years about Matt, whom she loves dearly, but not in a way that blinds her to his shortcomings. In a bemused voice, Gina tells her friend that Matt confessed he and Sam flipped a coin to see who would pursue her when they first saw her. At first, there’s laughter in her voice as she relays the kind of cute anecdote a groomsman might drunkenly share during a wedding toast, but her voice and expression dramatically shift when she tells her friend that she should have left Matt when she heard that story. What might seem like a meet-cute in other circumstances takes on a much darker connotation when the man in question gambles on everything, including the woman that he loves more than anything in the world. Zurer’s performance makes it clear that she’s coming to the end of a long war between her love of and belief in Matt, the amiable dreamer who just might make it, and her concern about the man who may never be able to make a real living or accept the compromise of financing his dreams with a day job.

One of Ingenious’ modest but substantial gifts is its lived-in quality, the sense that its characters and relationships began decades earlier and will continue after the film ends. Matt and Sam have the relaxed intimacy of people who’ve known each other forever and are so intertwined it’s hard to know where one begins and the other ends. Matt and Gina’s relationship feels similarly well-developed. It’s easy to like these characters in part because they clearly know and like each other.

As the film begins, Matt and Sam are trying to make a go of Matt’s latest invention, a novelty “Doggie Dream” watch, which has a gear that shows whether the dog in question is dreaming of a fire hydrant, a bone, or a doggie dish. (As This Is Spinal Tap asserted, there’s a thin line between clever and stupid, and between success and failure.) At a trade show, an infomercial maven (Richard Kind), derisively known as the “Knockoff King” for ripping off people’s ideas, approaches Sam and Matt about partnering with them. When they reject his overtures, he decides to rip off their idea without attribution.

For its first hour, Ingenious appears to be the story of two likable dudes who tried to bring a dumb novelty watch to the market and failed. If Matt’s marriage were not in jeopardy due to his gambling addiction, the movie’s stakes would be almost perversely low. But that’s part of what makes the film so appealing. I’m tempted to write that Ingenious is refreshingly non-dramatic, but what I mean is that Ingenious is refreshingly non-melodramatic. Even as Matt’s dream slips away from him, along with his marriage, he never weeps or spirals downward or rends his garments in despair. On the contrary, Roberts conveys the character’s panic and desperation with subtlety, letting the pain in his eyes convey the cost of the most brutal hit in a lifetime of disappointment.

Matt and Sam’s gambling addiction eventually brings them to a Gamblers Anonymous meeting, but even if they never visited a casino again, their entire professional lives represent one giant gamble that a long shot will pay off. That lends an interesting element of ambiguity to Ingenious, since we obviously would not be watching a movie about these guys if that bet didn’t pay off. Inventiveness is part of the American character, but so are gambling and obsessive behavior.

Speaking of addictions, Matt and Sam are also enthusiastic drinkers; when they hit the Gamblers Anonymous meeting, it’s easy to hope they stick around for Alcoholics Anonymous. But, to paraphrase the great philosopher Homer Simpson, in this case alcohol proves to be both the cause of and the solution to all of life’s problems. Even more remarkably, a combination of Homer Simpson and alcohol proves to be the solution to all of Matt and Sam’s life’s problems.

At a bar one night, Matt has a brainstorm: What if a beer-bottle opener could enthusiastically express its love of beer? So Matt invents a talking beer-bottle opener that takes off, especially when a Simpsons-themed opener is created with Homer’s voice. Suddenly the guy with the dumb ideas and dissatisfied wife has created what the end credits describe as the fourth most popular novelty item of all time, following the Hula Hoop, Frisbee, and Super-Soaker.

Ingenious isn’t quite as inspired as the Hula Hoop-themed The Hudsucker Proxy, but it is a charming, surprising, and involving little sleeper. I liked it throughout, but when I discovered, in the last 10 minutes or so, that it’s secretly about the invention of the Homer Simpson talking beer-bottle opener I liked it even more. The Simpsons connection gives the film a little more pop, as does the presence of a two-time Oscar nominee on the verge of becoming a huge international superstar. But it’s still an intriguingly non-commercial, obscure, and wonderfully life-sized little trifle.

Will fans of The Amazing Spider-Man 2, Spider-Man 2, and The Avengers also like Ingenious? I have no idea; those movies have slightly more action than Ingenious, whose idea of a setpiece involves Matt discovering that the sound chips inside the talking beer bottle are malfunctioning. But I would like to think that fans of Jeremy Renner, super-intense action hero and world-class thespian, would also be interested in seeing him play a regular guy. He’s quite good at it.