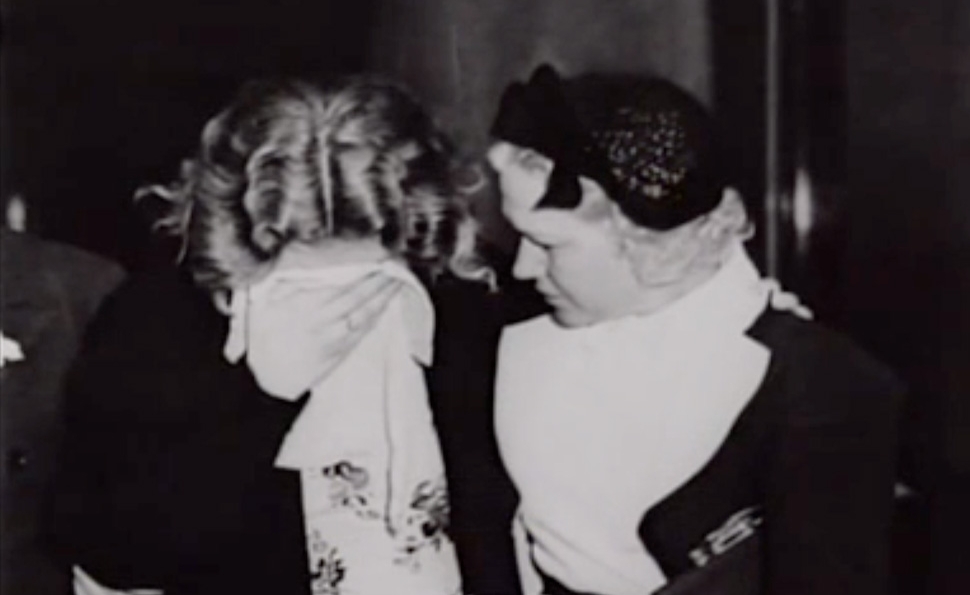 Netflix suggests a depressing alternative for fans of Last Vegas

We begin this You Might Also Like? entry with Last Vegas, a feature-length assault on the long-embattled dignity of stars Michael Douglas, Morgan Freeman, Robert De Niro, and Kevin Kline that promises to do for the AARP set what The Hangover did for thirtysomething jackasses. The Netflix recommendation engine leads us from there to Fog City Mavericks (a documentary about filmmaking and San Francisco that features Last Vegas star Michael Douglas), and then to the Michael Jackson non-concert film This Is It!, another non-fiction film about show business. One more jump get us to another, more obscure show-biz doc, Girl 27.

Though Last Vegas is ostensibly concerned with the wacky misadventures of four sad old men looking to distract themselves from the grim specter of death through carnal pursuits and comical shenanigans, it’s really fundamentally about Hollywood history and its stars’ legendary pasts. Girl 27 is similarly immersed in show business’ past, but it’s more concerned with the seamy, dispiriting, midnight-dark underbelly than the glamour. The project began when author, journalist, television veteran, and filmmaker David Stenn was working on a book about star Jean Harlow, who died mysteriously at 26, and stumbled upon the story of Patricia Douglas, a Douglas with a much more tragic relationship to the film industry than Last Vegas star Michael.

Patricia Douglas was a dancer and extra who was raped at a 1937 salesman convention for MGM. At the time, the case was such big news that headlines about an investigation into her sexual assault and MGM’s complicity in the attack pushed news of Harlow’s death and the marriage of the Duke Of Windsor off the front page of the L.A. Examiner. In a time when MGM was all-powerful and women were reluctant to press rape charges for fear of being crucified in the press as wanton, Douglas was brave enough to publicly stand up to MGM and demand justice. It was David and Goliath all the way, a powerless extra on the fringes of show business boldly confronting the most powerful studio in Hollywood. In 1937, the rape of Patricia Douglas was literally front-page news, but she subsequently vanished from the public consciousness. Why? What happened to her, and why did her story get erased from Hollywood history?

“Girl 27 is further proof, as if any were needed, that a great subject does not inherently lead to a great documentary.”

Douglas’ story, as chronicled in an article Stenn wrote for Vanity Fair, is heartbreaking. It’s the tale of a nobody who stood up to immense power and was destroyed in the process. The virginal dancer was seemingly betrayed by just about everyone in her life: MGM misled Douglas into believing she would be an extra in a movie, rather than entertainment for debauched salesmen. Medical examiners were more interested in covering up the truth than uncovering it. The legal system prostrated itself before the power and influence of MGM, the classiest and most all-American of the film studios. Douglas’ lawyer repeatedly failed to show up in court. Stenn strongly suggests that even Douglas’ mother betrayed her by sabotaging her chances in court in exchange for a hefty, illicit MGM payout.

It’s a hell of a story, albeit one that presents considerable challenges for documentarians. For starters, most of the figures involved in the case are dead. Douglas’ rape is a cold case: The trail turned icy more than half a century ago. In a bid to make Douglas’ story both feasible and cinematic, Stenn makes the mistake of putting himself at the center of the film. In his directorial debut, Stenn presents himself as a dogged journalistic detective tracking down the case of a lifetime, and trying to win some measure of justice for a woman who was terribly wronged.

A taste of Stenn’s healthy self-regard and propensity for name-dropping can be found in the opening of the 1993 Vanity Fair article that inspired the film:

“What,” asked Jacqueline Onassis, “are we going to do next?” It was September 1993. She had just edited Bombshell: The Life And Death Of Jean Harlow, in which I solved the long-standing mystery of how Metro-Goldwyn-Mayer’s beloved Blonde Bombshell died suddenly and inexplicably at 26. (Unbeknownst even to herself, Harlow had been suffering from kidney failure since she was 15.) Now, over lunch at the Peninsula hotel in Manhattan, I told Jackie of an intriguing topic I’d stumbled onto in my Harlow research. A month before the star’s death, in 1937, a dancer named Patricia Douglas had been raped at a wild MGM party thrown by Louis B. Mayer. Instead of bartering her silence for a studio contract or cash, Douglas went public with her story and filed a landmark lawsuit. One person I interviewed told me, “They had her killed.”

Stenn, who in an earlier life wrote the 1991 Vanilla Ice vehicle Cool As Ice and worked on television shows like Hill Street Blues and Beverly Hills 90210, uses lots of stock footage from the ’30s to suggest the tenor of the times. The footage is used to both comedic and dramatic effect, as an ironic counterpoint to the action and a sinister reflection of the era’s creepy undercurrents. Both uses are jarringly ineffective, and reminded me a lot of the old HBO sitcom Dream On. In that context, old black-and-white clips were used with irreverence; within the context of a documentary about a rape case that destroyed a woman’s life, they’re in questionable taste. Stenn’s use of ominously slowed-down footage is similarly tasteless, suggesting the cheap tricks of political commercials, where color images of the candidate smiling happily while surrounded by children and/or bluebirds are coldly juxtaposed with black-and-white shots of the opposition scowling with pure evil. 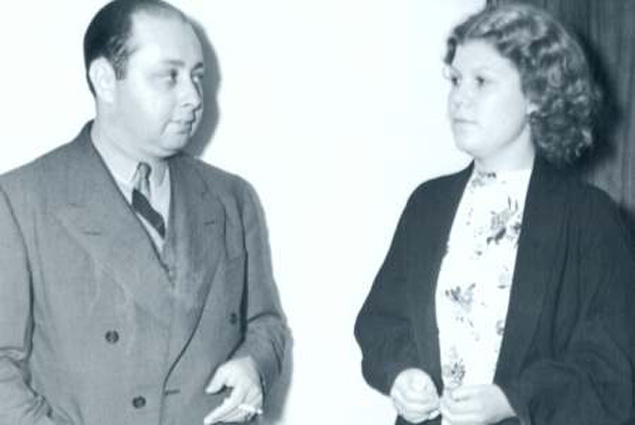 Stenn eventually stumbles upon Douglas herself, who initially refuses to be filmed, but consents to letting Stenn record their phone conversations. Eventually Stenn wears down Douglas’ defenses to the point where she lets him visit her sad little apartment. Without an onscreen appearance from Douglas, there would be no movie. Unfortunately, even with Douglas onscreen, Girl 27 is barely a movie.

At one point, Douglas demurs that the film should really be about Stenn, since his story is more interesting than hers, which is striking because Stenn is already far more of a presence in the film than feels desirable or necessary. Yet he’s a strangely evasive and slippery figure all the same. (If I hadn’t looked him up on the IMDB I would never have known, for example, that he wrote Cool As Ice or has worked extensively in television, both as a writer and as a producer.)

After he tracks down Douglas in the flesh and they begin to talk, Stenn asserts that a love and kinship has developed between them, that they have become unlikely but fiercely loyal friends. That’s wonderful for them both, except that the film never shows this friendship—Stenn just informs viewers about it. A fascinating documentary could be made about the unlikely friendship between a crusading middle-aged filmmaker and a bitter, destitute, angry Hollywood survivor, but to make that movie, Stenn would have to reveal more about himself beyond the identity of his super-famous editor and his fascination with Hollywood’s past. As an exercise in personal filmmaking, Girl 27 is strangely, even perversely non-personal. Stenn is at the center of it, but he reveals almost nothing about himself as a person or an artist.

Late in the film, Stenn says Douglas’ favorite television show is The Sopranos—possibly, he hypothesizes, because the insular, violent, powerful world of the mafia reminds her of the insular, violent, powerful world of Hollywood. That’s a huge, questionable leap in logic that epitomizes the film’s desperate straining and sometimes dodgy journalism. Why would Douglas’ deeply scarring experiences with MGM lead her to love a show that reminded her, subconsciously or otherwise, of her defining tragedy?

Stenn has fascinating subject matter and a compelling subject in Douglas, who, in the interviews she conducted with Stenn shortly before her death, speaks with brutal, unstinting candor about the profound psychological scars the rape, trial, and aftermath engendered, and how they destroyed her capacity for love and intimacy. Yet Stenn’s admirable intentions and fascinating topic fail to cohere into an emotionally satisfying narrative. Girl 27 is further proof, as if any were needed, that a great subject does not inherently lead to a great documentary. As a magazine article, Douglas’ tragic tale is fascinating, but as a film, it never realizes its enormous potential.