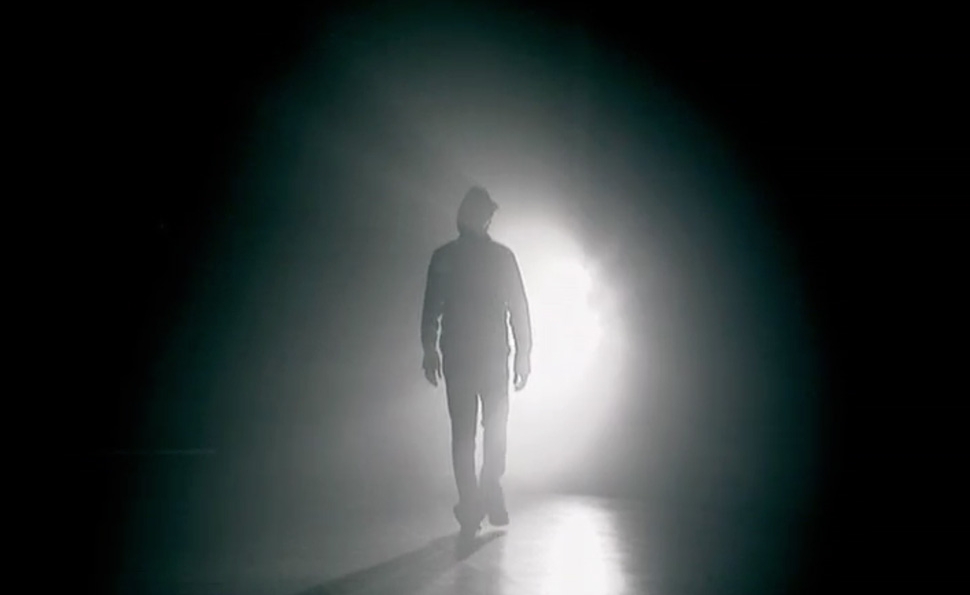 We begin this entry with Escape Plan, a prison buddy movie from noted theme-restaurant proprietors Arnold Schwarzenegger and Sylvester Stallone. Schwarzenegger and Stallone enjoyed such amazing chemistry as two of the famous faces and fat pocketbooks behind Planet Hollywood that they decided to extend their partnership to acting as well, first in The Expendables, then in The Expendables 2 (which was also about the Expendables), and now Escape Plan, which casts Stallone as a security expert who gets incarcerated in a prison inspired by his own designs, where he’s trapped alongside soulful fellow inmate Schwarzenegger. Passion Of The Christ star and Hollywood super-Christian Jim Caviezel co-stars as the villainous prison warden, and his saintly presence led Netflix to recommend a curious, low-budget exploration/glorification of Christians in film called Hollywood On Fire, a title that astonishingly hasn’t already been claimed by a gay porno.

The DVD’s Netflix sleeve reads, “Featuring insights from stars such as Denzel Washington, James Caviezel, and Jane Russell, this documentary examines how Christian actors, directors, and other Hollywood movers and shakers have influenced America’s entertainment industry. The film explores ways in which up-and-coming executives, producers, and performers can find success and make a positive impact on the entertainment industry through faith-inspired projects.” But Hollywood On Fire—which I like to think the filmmakers settled on after discarding Flaming For God In La-La Land for being overly homoerotic—can’t even deliver an original interview with Stephen Baldwin, whom I imagine spends his days wandering around Hollywood asking strangers if he can tell them about his wicked-awesome bro Jesus. So it should not come as a surprise that the film is entirely devoid of interviews with Caviezel as well. As for Washington, his “involvement” is limited to the onscreen appearance of a faith-friendly statement attributed to him: “My mother used to tell me MAN gives the AWARD, GOD gives the REWARD. I don’t need another plaque.” Of the holy trinity promised on the sleeve, only Jane Russell puts in a proper appearance. She’s credited as the co-star of Gentlemen Prefer Blondes opposite someone the film identifies as “Marylin Monroe,” whom I suspect is Marilyn Monroe’s Mexican non-union equivalent. Even in the presence of an old pro, the film cannot stop being a painfully amateur shitshow.

Like so much of the Christian-targeted corner of the film industry, Hollywood On Fire is adorably inept and homemade. The narration uses a lot of words to say absolutely nothing, setting up its premise with meaningless explosions of words like:

In a world of 6.5 billion people, there is one place in the past century that has shaped and influenced entertainment around the globe: on the West Coast of North America there’s a small district just north of Los Angeles that has a population of less than 200,000. Once farmland, this spot has grown to mythical proportions and has become a symbol for our media culture to the entire world: Welcome to Hollywood.

Since the ancient days of writing scrolls by hand, throughout the ages, men and women of faith have risen to the top of their respected art. From the great painters like Michelangelo—even Leonardo Da Vinci himself proclaimed, “Where the spirit does not work with the hand, there is no art.”

That’s an awful lot of words, used to say nothing. But then, Hollywood On Fire has little to say, and a confusing, confused way of saying it. A section devoted to “The History Of God And The Arts” takes up less than a minute before the film gets around to offering an alternate history of Hollywood and Christianity courtesy of Ted Baehr, a historian and the editor-in-chief of Movieguide, a Christian guide to entertainment.

According to Baehr, Hollywoodland (the source of the famous “Hollywood” sign) was originally founded as a Christian retreat center, and the early film industry was a godly operation, with devout Christians making passion plays to screen in churches that doubled as early movie theaters. Then in the mid-1910s, The National Association Of Theater Owners took over, possibly at Satan’s behest, and suddenly Jesus was out and homosexuality, perversion, and movies about men prostituting their 13-year-old daughters were in. Movie studios handed over the reins to The Great Deceiver, and suddenly Hollywood was Sodom and Gomorrah revisited.

Then The Hays Code brought morality back to American film with the help of good honest church folks, and everything was perfect from the mid-1930s to the late-1960s. Crime was down. Satan was stymied. And Hollywood enjoyed unimaginable profits, as filmmakers filled the screen with wholesome images and family- and faith-affirming fare. Then, for reasons Baer never explains, the church folks shut down their film office, the Hays Code was no longer respected, and the Pandora’s Box of Hollywood sin and sensationalism was unleashed.

In Baehr’s words and mind, the film industry stopped exclusively making movies like The Greatest Story Ever Told and The Sound Of Music, which glorify Christ in word and song, and started cranking out X-rated movies devoted to sex and Satanism. Predictably, real-life crime and depravity soared, as weak-minded sheep slavishly imitated what they saw onscreen, and Christians went into retreat.

Hollywood On Fire has good news for the faithful, however. The Christians are winning! After hitting a sad nadir of sex and sin in the 1970s and 1980s, the studios returned to making the kind of wholesome, family-friendly, Christ-affirming movies that audiences all over the world angrily demand and can’t stop watching, like Chronicles Of Narnia and the Lord Of The Rings trilogy. To cite perhaps the most meaningless and nonsensical statistic in a film full of them, one of the film’s talking heads crows, “Currently, 47 percent of films had positive Christian content.” What does that even mean?

Then again, it’s difficult for a film to develop a convincing argument when it flits hyperactively between topics and subjects. One moment, the film is pursuing a spurious link between sexy, violent movies and crime. The next, a Christian comedian named Ron McGehee is complaining about “flimflam filth” and Christian-bashing in comedy clubs. The next, a Christian stuntman is talking about doubling for Della Reese and winning over converts with his assertion that Jesus was the ultimate stunt double, since he doubled for all of humanity.

What makes Hollywood On Fire so maddening is that there are all sorts of compelling, important stories about Christians in the film industry that the movie apparently isn’t interested in telling. The rise of tribulation-based, lucrative cinema like the Left Behind series goes completely uncommented upon, and Tyler Perry’s fascinating, controversial, undeniably faith-based ascent from the chitlin circuit to massive mainstream fame is referenced solely via a quote from Perry—who, like seemingly every other Christian in the business, is not in this movie.

I would like to see a documentary about the paradigm-shifting success of movies like Courageous and like-minded moneymakers that have sprung up in its wake, but that film was released after Hollywood On Fire was made in 2009. Hell, I would love to learn more about early Christian movies like the Erik Estrada/Pat Boone camp classic The Cross And The Switchblade, or Johnny Cash’s Gospel Road, but Hollywood On Fire communicates nothing about any of those films. Instead, it treats viewers to repeated excerpts from a red-carpet interview with Backstreet Boy Brian Littrell, who confesses that he hates to read subtitles on boring-ass foreign films, but he overcame that strong aversion because Passion Of The Christ was so amazing.

In a manic bid to make red-carpet interviews and public-domain footage cinematic, the Hollywood On Fire filmmakers resort to stylistic devices that make star wipes seem subtle and restrained by comparison. In my favorite meaningless flourish, the film places footage of Pat Boone talking about Jesus on a building in the L.A. skyline, so that it looks like the veteran appropriator of African-American culture is as big as a skyscraper.

Hollywood On Fire is filled with images and figures that have nothing to do with its ostensible subject. Why is an image of Jimmy Stewart accepting an Academy Award—accompanied by the words, “If your [sic] going to act… Make good movies”—prominently featured in a documentary about Christianity in the entertainment industry? Why does JFK appear so extensively, beyond his ubiquity in public-domain footage? (Hollywood On Fire is absolutely a love letter to the concept of public domain.) What does a slow-motion image of Colin Farrell in a tuxedo on the red carpet have to do with the relationship between Christians and movies? Nothing, but that doesn’t keep the film from returning to it over and over.

The first time an amateurish illustration of Jennifer Aniston accompanies an interviewee asserting that there are many people of strong faith in the industry who are not particularly public about their Christianity—as her scantily clad appearances in Horrible Bosses and We’re The Millers clearly indicate, Aniston is committed to spreading the gospel through her cinematic endeavors—it seems a little dubious. The second and third time Aniston’s image appears onscreen completely unexplained, it seems borderline-insane, until line part in the credits about the original movie-star illustrations coming from the filmmakers. The people behind Hollywood On Fire really love drawing Jennifer Aniston, apparently, and are eager to show off their work even where it makes no sense.

There isn’t just a great documentary to be made about the relationship between Christianity and the entertainment industry: There are many fascinating documentaries to be made on the subject. But Hollywood On Fire is more interested in cheerleading and preaching to the choir than in telling a compelling or even coherent story. Hollywood On Fire fails creatively for the same reason so much overtly Christian fare does: It’s amateur hour all the way. In the godless world of entertainment, it seems, faith is simply no substitute for genuine talent, or even basic competence.