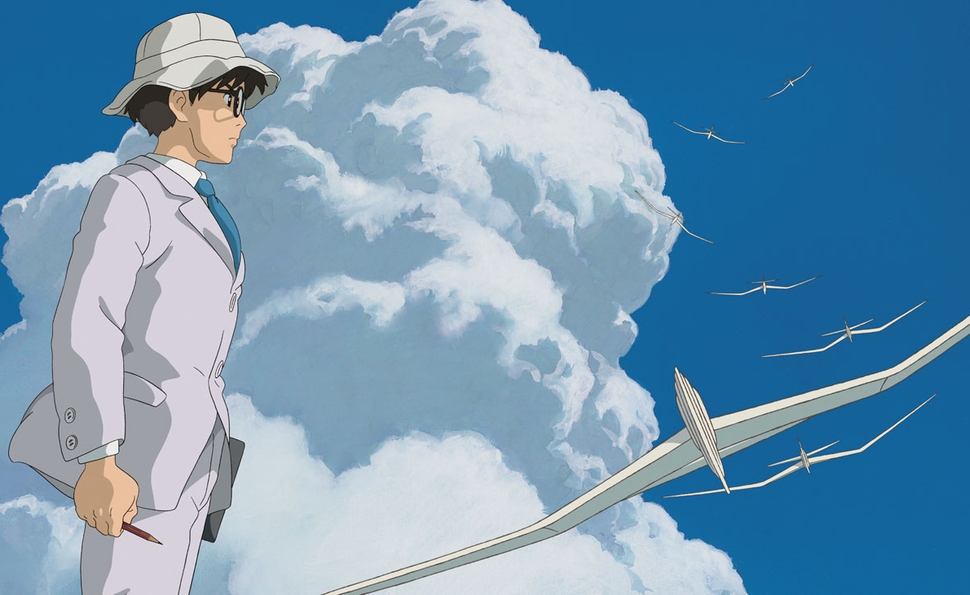 Over the past several years, the Toronto International Film Festival has done a better job of cutting down on the length and annoyance-factor of the film-themed commercials and “let’s thank our volunteers” sponsor reels that run before nearly every movie (save for press screenings), leaving attendees who see 30 or more movies per fest audibly groaning by the end of the week. But the reels do still leave an impression. This year, I’d occasionally try to encourage my roommates on our late nights of writing by saying, “We’ll get through this,” borrowing a line from a recurring pre-film TIFF ad that was meant to show how one sentence can be interpreted multiple ways in multiple movies. I’m not sure that ad proves its premise, really, because its half-dozen or so iterations of the line all come out roughly the same, no matter the circumstance. But this is still a good insight into cinema, to realize that it takes more than just words on a page to define a film. Those words require interpretation.

Consider Labor Day, writer-director Jason Reitman’s adaptation of Joyce Maynard’s novel about a depressed divorced mother (played by Kate Winslet) who rediscovers her joie de vivre when an escaped inmate (Josh Brolin) holds her and her 13-year-old son hostage one long September weekend in 1987. Early in the film, there’s a montage of the con doing chores around the house while the boy watches and learns how to be the man he could never be for his mom, and at that moment I thought, “Ah, I get it. This is all an exaggerated fantasy about an unlikely miracle man who fills all the holes in people’s lives.” But not long after that, it becomes apparent that Reitman means to treat this material as hushed, heartfelt drama, not as the ludicrously over-amped melodrama that the plot suggests. All the ripe metaphorical qualities of Labor Day quickly rot, leaving only a typically strong Brolin performance, some gorgeous shots of a quaint New England small town, and what ultimately amounts to the craziest, longest “So how’d you learn to make pie?” story ever told. (Until you get to see the movie, you’ll have to trust me on the pie thing.)

The usually reliable, if rarely superior, Reitman may have been constrained somewhat by the particulars of Maynard’s novel. (I haven’t read Labor Day, so I couldn’t say how closely Reitman follows it.) Paradoxically, sometimes filmmakers who adapt true stories are less constrained, because they’re freer to choose the facts they most care about, and to use them to express their own slant on real-life events. That’s why I was more excited than I’d expected to be by the first few minutes of director Atom Egoyan’s Devil’s Knot, a dramatization of the 1993 child-murders for which three teenage metal-heads dubbed “The West Memphis 3” were convicted. This story has been well-covered in the three Paradise Lost documentaries and the recent West Of Memphis. But, initially at least, Egoyan’s film seems like it’s going to have a different take, focusing on one of the dead boys’ mothers (played by Reese Witherspoon) while treating the whole case as an eerie existential mystery, similar to Egoyan’s The Sweet Hereafter. Instead, after a strong start, Egoyan introduces Colin Firth as investigator Ron Lax, alongside actors playing the other major figures familiar to viewers of the various WM3 documentaries. Soon enough Devil’s Knot becomes like a celebrity dinner-theater version of Paradise Lost. There’s still a powerful theme here—having to do with how people see only the aspects of a story that make the most sense to them—and there’s a few strikingly Egoyan-esque scenes here and there. But before the screening, Egoyan said that this movie was “the least ‘a film by’” project he’d ever done, and while he meant that as praise for his collaborators, it’s also true that he doesn’t make this material his own so much as he haphazardly re-stages what a few good documentarians have already shot.

Haphazardness is also an issue with The Fifth Estate, director Bill Condon’s docudrama about Julian Assange and the influence of WikiLeaks. The film works best when it’s at its most focused, showing how activist German hacker Daniel Domscheit-Berg (played by Daniel Brühl) joined Assange (Benedict Cumberbatch) in exposing the secrets of powerful institutions, and then grew wary of Assange’s emotional instability and unwillingness to see the value in the sound journalistic vetting of classified government documents. But because this film has a larger point to make about the people and causes that WikiLeaks may have harmed, it brings in roughly a dozen other characters (all played by recognizable stars), and squanders minutes at a time on the reactions of traditional news organizations and career diplomats to Assange’s “sacrifice everything to the greater good” philosophy. The Fifth Estate is an entertaining film, with cultural context that will be more valuable with each passing year, but at heart it’s a hokey newspaper drama, which Condon frames as a brooding, nail-biting cautionary tale. The subject is serious, but The Fifth Estate didn’t need to be—at least not to such a degree.

To see how an actual master handles a biopic, turn to The Wind Rises, a historical drama that legendary animator Hayo Mizazaki has claimed will be the last film he’ll ever direct. If so, it’s a fine way to go out, filtering Miyazaki’s career-long obsessions with flying, engineering, and the fashionable panache of the European aristocracy through the story of Jiro Horikoshi, an aeronautics expert who designed the Japanese “zero” fighter that proved so devastatingly effective in WWII. Though The Wind Rises is based on a real person, it’s very much a Miyazaki film, blending dream sequences, gentle character comedy, and shattering eruptions of violence into its sketch of early 20th-century Japan. Most of the movie is about Horikoshi’s (fictional) love affair with a young artist suffering from tuberculosis, and how she gives him a broader perspective on life even as her illness distracts him from his job. Their romance gives what could’ve been a dry nostalgia piece a beating heart, strengthened by Miyazaki’s ability to conjure up any part of the past he likes with pen and ink.

Some early reviews have criticized The Wind Rises for not being harsher toward the Japanese war machine, or to the part that Horikoshi played in keeping it running. But Miyzaki acknowledges throughout the damage done by fighter planes, and paints Horikoshi as a genius forced by circumstance and an accident of history to use his talents in ways that he himself finds troubling. There’s a bland evenness to films like Devil’s Knot and The Fifth Estate that’s missing from the daringly expressive The Wind Rises. This is a beautiful, philosophical film about impossible choices, which sees life as complex but ultimately endurable. The Wind Rises is upliftingly sad in that way, perhaps because Miyazaki returns again and again to the title quote: “The wind has risen; he must try to live.”

Which is just another way of saying: “We’ll get through this.”

Also seen: I wish I could write more about Ben Wheatley’s medieval head-trip A Field In England, but I was so exhausted when I watched it—and the film is so hazy, with its Amy Jump co-penned story of four 17th-century Englishmen from different social stations having a mystical experience while digging for treasure a few miles from a nearby battle—that I’m not entirely sure what I watched, even though I took a page full of notes and remember the film as a pleasurable experience overall. I don’t think I fell asleep; but that doesn’t mean I wasn’t dreaming. I also wish I’d loved Lukas Moodysson’s We Are The Best! as much as Scott and so many other of my colleagues did (though I did still like it a whole bunch). The film’s depiction of punk fervor and female friendship is rough and true, but it lacks the more satisfying fullness of Moodysoon’s Together and Lilya 4-Ever.

Over my last couple of days at the festival, I filled out my schedule with some less-touted genre pictures from different TIFF programs. From Midnight Madness, I took a look at Afflicted, a found-footage vampire movie that is fairly clever and exciting in its last third, after it stops pretending it’s a documentary about two dudes’ European vacation gone awry, and instead becomes the action-horror film it should’ve been from the start. I found the first hour of Afflicted fairly irritating, but I liked the last half-hour so much that I’d be up for an Afflicted 2. I was also disappointed in the Discovery title Canopy, a dialogue-free WWII film about an Australian pilot and a Chinese rebel stranded in the jungle. Writer-director Aaron Wilson has made a beautiful-looking film with amazingly textured sound-design, but the survivalist adventure takes a backseat to long scenes of these men remaining frustratingly still and quiet. I preferred the breathless go-go-go of Donovan Marsh’s South African heist thriller iNumber Number, which recalls Reservoir Dogs (or City On Fire) in its story of a meticulously planned robbery that goes awry due to the presence of undercover policemen, though in this case these cops aren’t trying to stop the job but to make some money off of it. It’s a crazily stylish film, though aside from some commentary on how it doesn’t pay to be an honest man, it’s not all that deep.

Lastly, for a few more days, even non-attendees can enjoy some TIFF action via the YouTube page for the Short Cuts Canada program, which will remain live until the end of the fest. All of these shorts are worth watching—especially given that they’re free—but if you’re looking for one to start out with, try “Noah,” by Ryerson University students Patrick Cederberg and Walter Woodman, starring Sam Kantor as multi-tasking kid who endures two separate misadventures online: the first in which a bout of jealousy and paranoia spirals quickly out of control, and the second a week later, when Noah seeks comfort among the teenagers, amateur musicians, and dong-hangers of Chatroulette. The short’s gimmick of showing the action only through what appears on Noah’s computer screen is, well, gimmicky. But Cederberg and Woodman are able to get a lot across just through screen-shots of Facebook and IM and Skype, telling a fairly involved story in a short period of time, while understanding how the people who actually use these services jump between multiple windows, communicating so quickly on such narrow platforms that they rarely see the bigger picture.