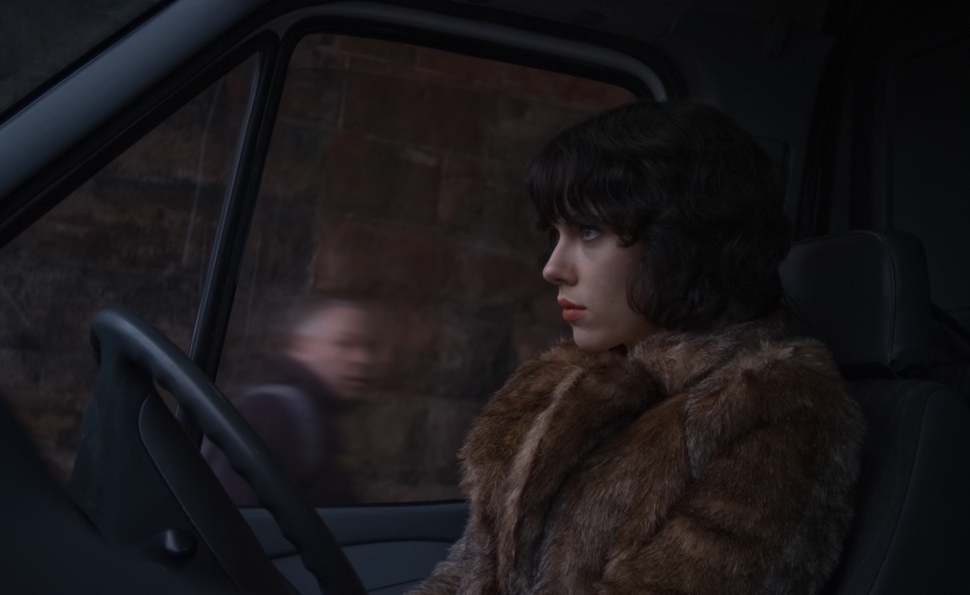 Day 5: The buzz and the sting

Even those who don’t subscribe to the “auteur theory” per se will usually allow a little more leeway to creators they trust. For example, I’m a fan of writer-producer-director Matthew Weiner’s TV drama Mad Men, which even when it seems to slip too far into bathos (or stasis), always seems to finds a way back out, as though even its lulls were in service of Weiner’s larger comments on gender roles, social change, and salesmanship. That’s probably why it took until about an hour into Weiner’s feature filmmaking debut, You Are Here, for me to confirm what I actually suspected within the first 10 minutes: This is kind of a shitty movie.

So much about You Are Here is misjudged that I’m not sure there ever was a point in the whole pre-production, production, and post-production process when the film could’ve been good. But it might’ve helped if it had been cast differently. Owen Wilson and Zack Galifianakis are stuck playing roles they’ve done so many times that neither they nor Weiner can find anything fresh in them. Wilson’s a slacker lothario named Steve, always on the lookout for an angle that’ll allow him to keep being an immature fuck-up for a few more years; while Galiafanakis is a pothead man-child named Ben, with mental problems that make him annoyingly unreasonable. And then there’s poor Amy Poehler, given the thankless role of Ben’s uptight sister, who resents it when Ben inherits the bulk of their late father’s estate—which Ben plans to use to fund a crackpot back-to-nature initiative, while Steve hovers around waiting to pick up any of the cash that spills over. You Are Here is a fairly routine story of lost boys transformed by the combination of a major life event and an extended stay in a small town, but while Weiner tries to toughen it some by making Ben’s instability more than just a quirk, the premise and the jokes alike are way too weak. It’s rather alarming, given how good Weiner can be.

But here’s what can be maddening about film festivals: The experience of seeing a world première, with no reliable advance buzz, can make even seasoned film critics doubt gut reactions. I watched You Are Here strongly hoping it would take a turn and find a raison d’être, but I gave up on it right around the time that I was being asked to laugh at Owen Wilson chasing a chicken around a farmyard. Yet while I haven’t seen too many non-aghast You Are Here reviews out there, I did see a tweet or two defending it as a heartfelt mess… and that gave me pause, because I often love heartfelt messes. (Last year’s Not Fade Away, the feature debut of Weiner’s old Sopranos boss David Chase, leaps to mind.) I also know how at festivals, with so many movies vying for attention, it’s easy to fall out of sync with a movie and then start hating it for keeping you away from the masterpiece your friends are all seeing—or even just a good hot meal. So maybe You Are Here isn’t as bad as I think it is. Maybe it’s just not as good as the jerk chicken place around the corner.

On the flipside, sometimes a movie generates such a swell of emotion or joy that it overcomes even the most stubborn resistance. I wrote the other day about how I ending up really getting into Rush after holding it at arm’s length for much of its first hour; and the same is true of Can A Song Save Your Life?, the latest quasi-musical from Once director John Carney. This new one has Keira Knightley as an amateur singer-songwriter who finds herself stranded in New York when her rock-star boyfriend (played by Adam Levine) takes his new lover with him on tour. At an open mic, she captures the ear of a drunken, desperate former record mogul (Mark Ruffalo), who persuades her to let him record a one-of-a-kind album, with her performing her songs live in various New York locations. The situation’s more contrived and the songs more shoehorned-in than they were in Once, with Carney indulging in some hackneyed clichés about the music business, New York City, and “authenticity.” And sure enough, shortly after I saw the film, I saw a handful of tweets pillorying Carney’s script, and calling the movie “phony.”

I can’t say I entirely disagree. And yet I appreciated how Carney avoided making anyone in the movie an easy villain (even Levine’s impure rocker is basically a good dude), and I loved the way he structures the movie so that the story takes a backseat to the many scenes of musicians making magic in New York. It helps that the songs (by New Radicals refusenik Gregg Alexander) are so catchy. And for me personally it helps that I’m such a sucker for the whole idea of music as a unifier and a healer. By the end of this movie I was so far in the tank for it that my opinion probably can’t be trusted.

I don’t want to go too far with this idea. I do think it makes some sense for filmmakers to lean on some overly conventional elements when they’re trying to do something that’s otherwise unconventional—such as making a musical that’s not really a musical. That’s part of my defense of the problematic but admirable The Disappearance Of Eleanor Rigby, a film that couches a fascinating narrative experiment in the familiar language of an earnest indie drama about broken people. Jessica Chastain and James McAvoy play a married couple who drift apart after a crisis, and the movie covers the very different paths these two take on the way to regaining some control in their lives. The gimmick of the film is that it’s really two full 95-minute standalone features—labeled “Him” and “Her,” and theoretically able to be watched in any order—which tell the same story twice, from different angles.

Would Disappearance be any good without that gimmick? Well, the performances are fantastic, and first-time writer-director Ned Benson does a fine job of keeping his heroes’ pain simple enough to be relatable, rather than forcing “movie-ish” conflict. But he also indulges in one of my most-hated indie film tricks: teasing the audience with hints at a sad backstory, then parceling that backstory out, unnaturally. (Then he does it again, in the other half of the picture.) Also, while the gimmick is frequently affecting, it’s rarely illuminating, because the two leads spend so much of their respective movies apart that their ways of seeing the world and each other aren’t contrasted much. That said, the few shared scenes between “Him” and “Her” are brilliantly written, staged, and performed, with subtle differences in each depending on the perspective of the protagonist. And “Her” is actually a very good character sketch in and of itself, depicting with real insight the plight of a frazzled young woman pulling herself together while under scrutiny from her friends and family. There’s too much honest ambition in The Disappearance Of Eleanor Rigby to be overly bothered by the parts that seem too plain.

And speaking of ambition… holy shit, Under The Skin. Jonathan Glazer’s adaptation of Michel Faber’s novel is the visionary, extraordinary, unsettling mash-up of Species and Morvern Callar that the world never knew it needed. (It’s also pretty Kubrickian, which is a term I hesitate to throw around, as loaded as that label has become.) The less said about what Under The Skin is actually about, the better, because this is one of those films that builds an alien world out of the commonplace—in this case, the cities and backwoods of Scotland—and then asks the audience to find their own way through it. I will say that Scarlett Johansson is spot-on as a woman faking her way through social interactions so that she can advance her nefarious schemes, and that Glazer strikes a marvelous balance between quietly curious and gasp-inducing. After the screening was over, I passed by several groups of people who were grumbling that Under The Skin is too weird, and too plotless. But as my friend Mark pointed out to me immediately afterward, the 1,700-seat theater we saw the movie in was quiet as a chapel for the full hour and 45 minutes (save for the occasional chuckles and “aaaah!”s). Like 12 Years A Slave and Gravity, Under The Skin is one of those movies that’s going to last past festival season and award season and through all the cycles of “masterpiece”/“overrated” that become so tedious by the time Oscar night rolls around. It’s a classic—and I could tell that within about 10 minutes, too.

Also seen: People who prognosticate about such things are already rating Matthew McConaughey and Jared Leto’s award-season chances as high for their performances in Dallas Buyers Club as self-medicating mid-1980s AIDS patients who traffic in non-FDA-approved drugs. Frankly, as a drama and a period piece, Dallas Buyers Club is too slick and crowd-pleasing, but I agree that the two leads are riveting, with McConaughey playing a bone-skinny homophobic rodeo rider who befriends the pre-operative transsexual played by Leto. Still, I wish Dallas Buyers Club had as much to say about gay culture as The Dog, a documentary about John Wojtowicz, the real-life bank-robber who inspired the movie Dog Day Afternoon. The movie is impressively non-reductive about who John really was (a well-meaning bisexual with mental problems), and about what it means to be infamous; but it’s mainly effective as a flashback to the gay underground in New York City in the 1970s, showing how this one openly queer man polarized his community.

Over the past few days I’ve enjoyed two one-of-a-kind fusions of music and cinema. Koyaanisqatsi director Godfrey Reggio screened his new film Visitors with its entrancing Philip Glass score performed live by the Toronto Symphony Orchestra. The film itself is less dynamic than the Qatsi films—it’s all long, slow-motion takes of faces and places, shot in stark black and white with little or no backgrounds—but it’s a poetic and and lulling meditation on humanity as some kind of ancient alien race, and it was a thill to experience it in this festival’s context, on a huge screen with live sound. I also watched Metallica: Through The Never, which is an old-school rock concert film—the kind with a largely superfluous narrative that runs between the performances. I could’ve done without the sub-midnight-movie scenes of a young roadie (who looked eerily like Leonardo DiCaprio) motoring through a post-apocalyptic urban landscape, and I wish director Nimród Antal had done more with the 3-D IMAX format, but I dug the hugeness of the whole endeavor. Those Metallica boys know how to put on a show.

Sylvain Chomet’s live-action feature Attila Marcel isn’t that far removed from his animated The Triplets Of Belleville and The Illusionist, in that it’s a visually inventive, often bittersweet bit of cinematic whimsy, about a mute young man who takes a psychotropic drug that allows him to access his memories of his dead parents. The flashbacks are musical numbers, and are the best part of a film that sometimes feels too fluffy, although Attila Marcel has such a strong, emotional finish that even its softness is forgivable. And lastly, while I have nothing much to add to Mike and Scott’s respective takes on Gravity, I will say that while I was less than enthused about the “now tell me your backstory” script, although that does shore up the metaphorical aspects. Ultimately, I think I liked Gravity a little more than either of my roommates, but then, just as I’m a sucker for movies about the healing power of music, I also love task-oriented adventure movies, where people have to do a thing so that they can do another thing. And Gravity is relentless in that regard.