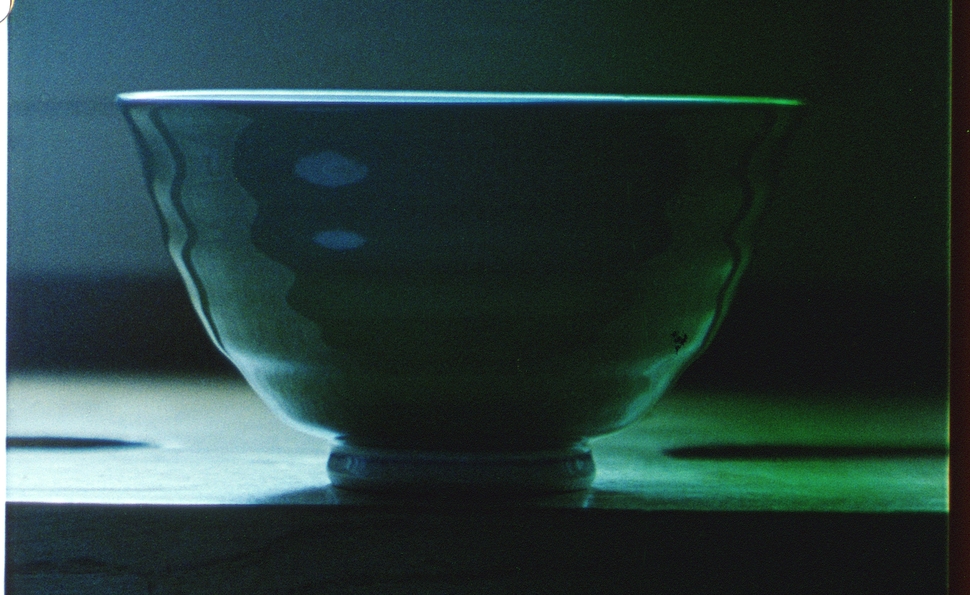 “Listening To The Space In My Room”

More than most major festivals, the Toronto International Film Festival is a sprawling warehouse of cinema that invites attendees to choose their own adventure. While the industry’s klieg lights have been increasingly shining on the festival in recent years, the highest end of the film-art spectrum is represented there as well, and the festival should be commended for redoubling its commitment to experimental and avant-garde film and video at a time when such work is truly flourishing.

One positive sign is the increased programming clout TIFF has afforded to Andréa Picard, one of the world’s leading experts in experimental media. For several years, she has been programming TIFF’s Wavelengths series—what could be called a “sidebar” of mostly non-narrative, visually oriented short films (and some features) that are miles away from the commercial concerns dominating so much of the rest of the festival. She continues to program such short works for the festival, including everything from pure abstraction to the sort of interventionist agit-prop that falls well outside the parameters of TIFF’s Documentary section.

As of last year, TIFF has decided to expand the role of both Picard and Wavelengths. In addition to the films and videos that exist at the intersection of cinema and fine art, the section now encompasses unusual and adventurous narrative features as well, work that used to fall under TIFF’s “Visions” banner. This means TIFF is dedicated to cinematic experimentation in all its forms, and in making it accessible to festival-goers, not quarantining it by genre or format the way so many other festivals do.

Of the more than 50 individual works in the Wavelengths section, I’ve chosen to highlight a mere three that represent contemporary masters working at the height of their powers, on par with narrative giants like Jean-Luc Godard, Abbas Kiarostami, or Manoel De Oliveira. Those three have something else in common, too: They’ve all been featured in Wavelengths previously.

Robert Beavers, who will be premièring “Listening To The Space In My Room” this year, is a major figure in the history of American experimental film, one of the medium’s reigning masters. However, unlike many so-called avant-gardists, he’s put a deep classicism to work in his films. While Beavers isn’t necessarily an immediately accessible artist, his work is much more tangible than many of his contemporaries’.  In terms of their sense of harmony and structure, Beavers’ films have more in common with Renaissance or even classical Greek aesthetics than with the high modernism typically associated with the avant-garde today. These works often feel like artifacts from another time, as if stone carvings left a photographic residue, or Beavers somehow managed to recapture the light and space and dust particles between the domed ceiling of a Borromini church and a pair of 17th-century eyes.

The more of Beavers’ work viewers see, the more his rhythms and patterns start to make intuitive sense. Where many experimental films bombard eyes and minds with information, a Beavers film has much more in common with the precision cutting of Robert Bresson, reducing a scene or an environment to a set of essential, iconic images and sounds. “The Ground (1993-2001),” for example, interlaces a Greek landscape with shots of a stonecutter and a naked male torso with a cupped hand, moving toward the camera in a gesture of offering or supplication. But where Bresson is ultimately building a narrative, Beavers is a poet. He doesn’t typically move from shot to shot of a single subject; his films are almost all sestinas or villanelles on a set of related motifs. Viewers shouldn’t expect to make direct connections between the elements in a Beavers film. Rather, they should come away with a general impression that, between light and space, earth and flesh, there is unexplained resonance that makes a palpable, purely cinematic sense.

Many narrative filmmakers have recognized the expressive power of landscape as a time-based element. But most would acknowledge that two markedly different avant-gardists have taken the medium further than anyone else: James Benning, a Wavelengths regular, is one; Peter Hutton is the other. While Benning’s work tends to systematically organize the living environment (13 Lakes, Ten Skies), Hutton’s films are about the ineluctable drift of things. His films get out on a river (Time And Tide), or set up along the side of a hill (Skagafjordur), and patiently observe as nature unfolds in its own sweet time.

Hutton, whose 47-minute “Three Landscapes” debuts this year, is a longtime filmmaking professor at Bard College in New York, and he’s drawn extensive inspiration over the years from both the Hudson River and the school of painters associated with that region, Thomas Cole in particular. Accordingly, Hutton’s work has explored land and water as phenomena of light, capturing their luminosity in misty, diffuse circumstances as well as in piercing direct sunstream. His films rely on the character of 16mm celluloid; most are black and white, all are silent. Hutton employs the diffusion of swirling film grain to replicate the atmospheric specificity of environmental light. He’s filmed throughout the world, from China to Iceland and beyond, emphasizing the absolute qualities of light in different places. Hutton’s latest returns to the Hudson while also examining northeastern Ethiopia and his troubled hometown of Detroit.

While Beavers and Hutton’s cinema is unfailingly elegant, Luther Price’s work is dissolute and unnerving in equal proportion. Many of Price’s earlier works were characterized by physical filth and decay—some were so heavily collaged with glued-on material that they barely ran through a projector, and routinely fell apart. Some of those same works were also notorious for artful but unflinching incorporation of pornography and other “dirty” matter. Over time, Price hasn’t exactly abandoned these practices. He’s still fascinated by detritus (cultural and physical, the stuff we throw away), and his prodigious artmaking (16mm, 8mm, glass slides, collages) is defined not only by recycling found discards, but by obsessively recycling himself. Price works in series, often taking a particular master-text (e.g., a documentary about a nursing home) and organizing it into multiple configurations, a set of stand-alone works that nevertheless refract one another (the Biscotts series).

If anything has changed, it’s that Price has refined his method. There’s more unapologetic beauty in his film work from the last several years. Likewise, the display of his glass slides at the 2012 Whitney Biennial was a revelation to most: His delicate organization of repeated images within staggered frames recalls the stylized queer decadence of Gilbert & George, but without the crutch of graphic design and self-branding. The films,  meanwhile, have attained a staccato musicality in their disruption and repetition. This isn’t to say Price, represented this year by the short “Pop Takes,” has become less abrasive or domesticated. But he seems to trust his instincts more, in particular his ability to select and transform plangent, harrowing source material that can stand forth without excessive attack. One result of this is that the dark humor, always present in Price’s work, is coming through loud and clear.