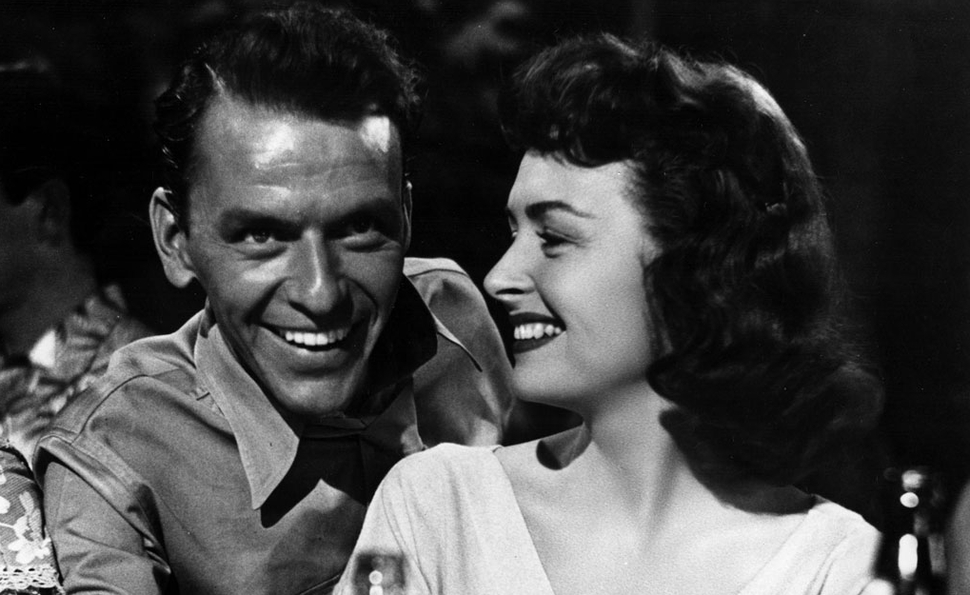 In 1953, Frank Sinatra defeated a child and won an Oscar

[There are spoilers below for a 61-year-old movie, if that sort of thing bothers you.]

Thanks to The Godfather, Frank Sinatra’s Oscar-winning performance in From Here To Eternity is now less discussed than the notion that he got the role after the mob killed Harry Cohn’s favorite horse and left its head beside Cohn’s pillow. While that story is probably apocryphal, it’s certainly true that Sinatra, whose career (in both film and music) was foundering at the time, begged to be cast; he wound up accepting a salary of only $8,000 (about $70,000 today), a tiny fraction of what he made for starring in 1940s musicals like Anchors Aweigh and On The Town. His turn as Eternity’s hotheaded Private Maggio provided instant resuscitation, perhaps in part because it gave him a rare opportunity to play a victim: Ernest Borgnine’s vicious Staff Sergeant Judson repeatedly calls Maggio a wop, then effectively beats him to death (offscreen), though first, Sinatra gets to deliver a poignant final speech in Montgomery Clift’s arms.

The role isn’t much of a challenge, frankly, and Sinatra is arguably at his best during more lighthearted moments, when Maggio is pleasantly drunk and chasing skirts. From the perspective of his fan base, however, From Here To Eternity was a revelatory change of pace, far tougher and grittier than any previous film in which he’d appeared (even though it was considerably watered down from James Jones’ novel). Sinatra was duly rewarded, and immediately went on to do much more interesting work—his sneering disdain as the villain in Suddenly, an assassination thriller made the following year, received no Oscar recognition, but takes the kind of risks that Eternity never demands of him. 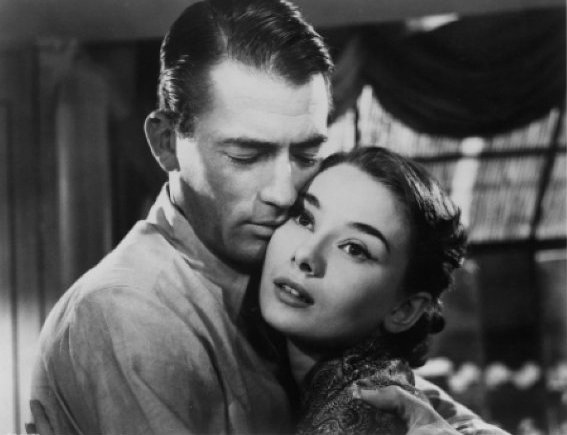 The rest of this column will discuss the other 1953 Oscar nominees, as none of the big three critics’ groups had started awarding a Supporting Actor prize back then. In fact, two of the groups didn’t yet exist.

Sometimes it’s nearly impossible to fathom why a Oscar voters single out a particular performance. Roman Holiday is a thoroughly charming movie, justly remembered for making newcomer Audrey Hepburn an instant superstar. (She won Best Actress that year.) It also features typically solid work from Gregory Peck as Joe Bradley, the reporter who falls in love with Hepburn’s princess while surreptitiously pursuing a story about her. There isn’t much to be said, however, about Eddie Albert, who somehow got a Supporting Actor nod for playing Irving Radovich, the photographer who follows Joe and the princess around Rome. Albert is likable, and the closely trimmed beard he sports in this movie was a good look for him, but the role itself is fundamentally a plot convenience: Irving is omnipresent, forever snapping photos from around a corner, as a reminder to viewers that Joe’s original motive was anything but honorable.

Albert isn’t bad, but he’s barely given anything to do but hide, point, and click. Even during a slapstick scene in which Joe tries to prevent Irving from spilling the beans about the princess to their editor, Peck gets the focus and all the good lines. Honestly, it’s not clear to me how this negligible performance made any impression on the Academy, unless people loved Hepburn so much, they also wound up feeling great affection for Irving, who ultimately agrees not to publish his photos of the princess. (Joe also declines to run his story, but his decision is less altruistic, given the romance.) Those would be some mighty impressive coattails. 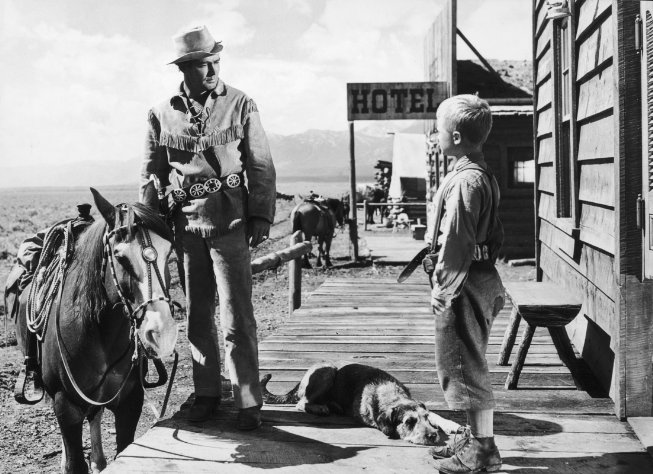 Still, better Eddie Albert than Brandon deWilde in Shane. Here, we enter territory I find tricky to navigate, because few things annoy me more than seeing people dismiss old movies simply because they feel dated. Performance styles, in particular, have undergone drastic evolution since Hollywood’s Golden Age—Marlon Brando was in the process of reinventing screen acting at the exact time that Shane was made—and it’s unfair to judge work from decades past by contemporary standards. Not so much unfair, actually, as just misguided. You have to adjust for the period, and that requires a degree of imagination.

At times, however, my imagination fails me. For example, the favored mode of singing in the 1930s, as heard in various Marx brothers pictures (when the brothers are shoved aside to make room for dull young lovers), makes me want to strangle the warblers before they can do violence to another innocent vowel sound with their high-pitched trills. Likewise, I confess I can’t get past the mid-20th-century’s bizarre conception of what constituted greatness from a child actor. Kids from this period tend to behave like victims of botched lobotomies, and that’s abundantly true of deWilde’s performance as Joey in Shane, which takes “Golly gee, mister!” to new heights of servile artificiality. It doesn’t help that director George Stevens constantly cuts to reaction shots of Joey in which deWilde always wears the exact same zombie expression, apparently meant to convey the character’s hero-worship. One need only look at Hud, made a decade later, to see deWilde wasn’t devoid of talent—as little Joey, he’s doing exactly what was asked of him, expertly. Why did Stevens and his contemporaries ask him for that performance, though? Surely people had seen actual children and knew what they were like? Don’t come back, defunct conventions of juvenile performance! Don’t come back! 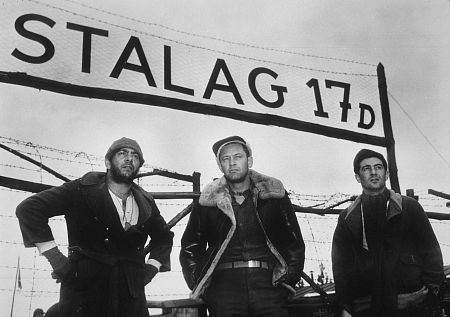 The other Supporting Actor nomination Shane received is more defensible. I beat up a bit on Jack Palance in my first installment of this column, which addressed his Oscar win for 1991’s City Slickers, but I have no quarrel with his iconic performance in Shane as psychopathic gunslinger Jack Wilson. (I do have a quarrel with that name, though. Jack Wilson sounds like a tax attorney, not a hired killer.) While the role doesn’t require Palance to do much more than speak unnervingly softly and look imposing, he does those two things superlatively, and makes a suitably devilish adversary for the film’s near-saintly hero. It’s a memorable turn, and my favorite of that year’s five nominees, if mostly by default.

The Academy’s final choice is another odd one: Robert Strauss, who plays the effusive “Animal” Kasava in Billy Wilder’s adaptation of Stalag 17. Strauss was carried over from the Broadway production, along with Harvey Lembeck as Animal’s cohort, Harry Shapiro, and the two work primarily as a duo in the film; nominating only Strauss is a bit like nominating only Lou Costello for an Abbott & Costello picture. To my eyes, Lembeck gives a slightly better performance, but both actors are really pitched too broad for a movie, still playing to be appreciated by the distant back row of a large Broadway theater. Of some interest: Animal’s slobbo persona can be viewed as a forerunner of John Belushi’s character in Animal House—among other things, they share an unseemly obsession with blondes. 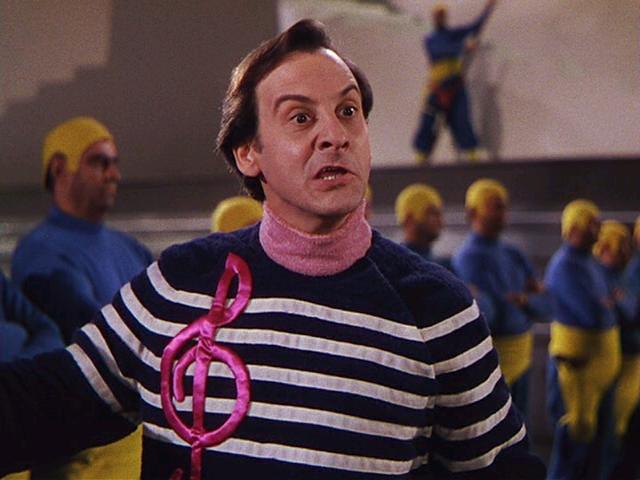 This was a difficult decision, because The Big Heat was released in 1953, and Lee Marvin is unforgettable as the film’s coffee-flinging gangster. Nominating Eddie Albert or Brandon deWilde rather than Marvin is unaccountably absurd, and must reflect discomfort with either that particular act of violence or with film noir in general. (Numerous noir classics were ignored by the Academy: Out Of The Past, The Postman Always Rings Twice, Kiss Me Deadly, etc.)

Ultimately, though, no 1953 performance offers more sheer pleasure than Hans Conried’s fey, sniveling work as Dr. Terwilliker, the abusive piano-teacher villain of Dr. Seuss’ off-the-wall musical. An unctuous martinet, Dr. T. represents a child’s nightmare vision of arbitrary adult authority, and Conried wittily amps up the character’s withering contempt and deplorable self-regard. He’s unafraid to be considerably larger than life, giving every sentence the Doctor utters a thick coating of disdain. At the same time, he’s having more fun than anyone when the time comes for Dr. T.’s big solo number, “Do-Me-Do Duds,” which requires Conried to recite complex Seussian nonsense verse (“I want my organdy snood / And in addition to that / I want my chiffon Mother Hubbard / Lined with Hudson Bay rat”) while draping himself in a ludicrously ornate outfit. Just getting through that song with a straight face merits some kind of award, and it’s a real shame that the movie tanked, as its success might have led to further opportunities for Conried. Instead, he went on to mostly do voice work on various animated projects (Rocky And Bullwinkle, The Hobbit, The Phantom Tollbooth), and Dr. Terwilliker, rocking a gloriously goofy combination of fashion designer and drill sergeant, became a magnificent anomaly.