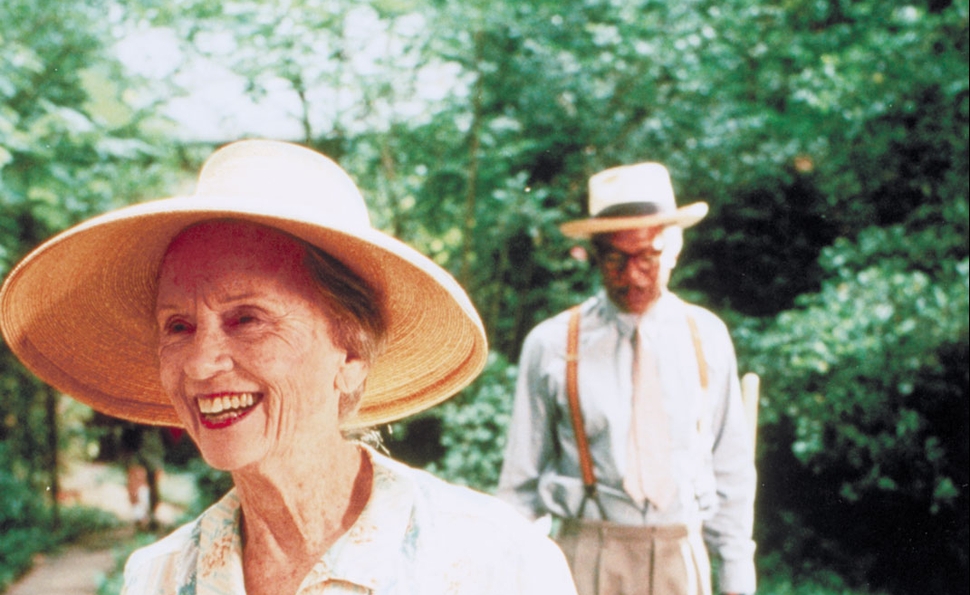 Driving Miss Daisy wasn’t exactly considered progressive even at the time of its release, and it had the further misfortune of coming out the same year as Spike Lee’s incendiary Do The Right Thing, which made writer Alfred Uhry seem even more irrelevant with his warm, nostalgic memories of dignified African-American subservience. The most charitable way to look at the film (or the play, since it’s still being produced these days) is not as social commentary, or even as a reminiscence, but as a vehicle (literally, much of the time) for two actors to have fun with an odd-couple bonding narrative. Tandy’s age (she was 80 when she won) and rich Hollywood history (dating back to 1932) made her the sentimental favorite that year; she didn’t pick up any of the major critics’ awards, and her performance as Miss Daisy hasn’t really endured. All the same, she’s a pleasure to watch in the role, finding just the right balance of imperiousness and vulnerability.

Driving Miss Daisy works best as a droll comedy—when Uhry strives for gravity, it risks seeming patronizing—and Tandy’s nervous energy bounces beautifully off Morgan Freeman’s unflappability, particularly during the early scenes in which Miss Daisy is critical of every single thing Hoke does, as well as things she’s merely concerned that he might do. At no point does she telegraph her awareness that the character is faintly ridiculous, which is always a strong temptation for an actor playing a potentially unsympathetic person. Tandy was a class act for her entire career—she kept working right up until her death five years later—and while this wasn’t necessarily the best performance by an actress that year, it’s hard to begrudge her the belated recognition, arriving four decades after she won a Tony as the original Blanche Du Bois (opposite Brando) in A Streetcar Named Desire. Not a bad legacy at all. 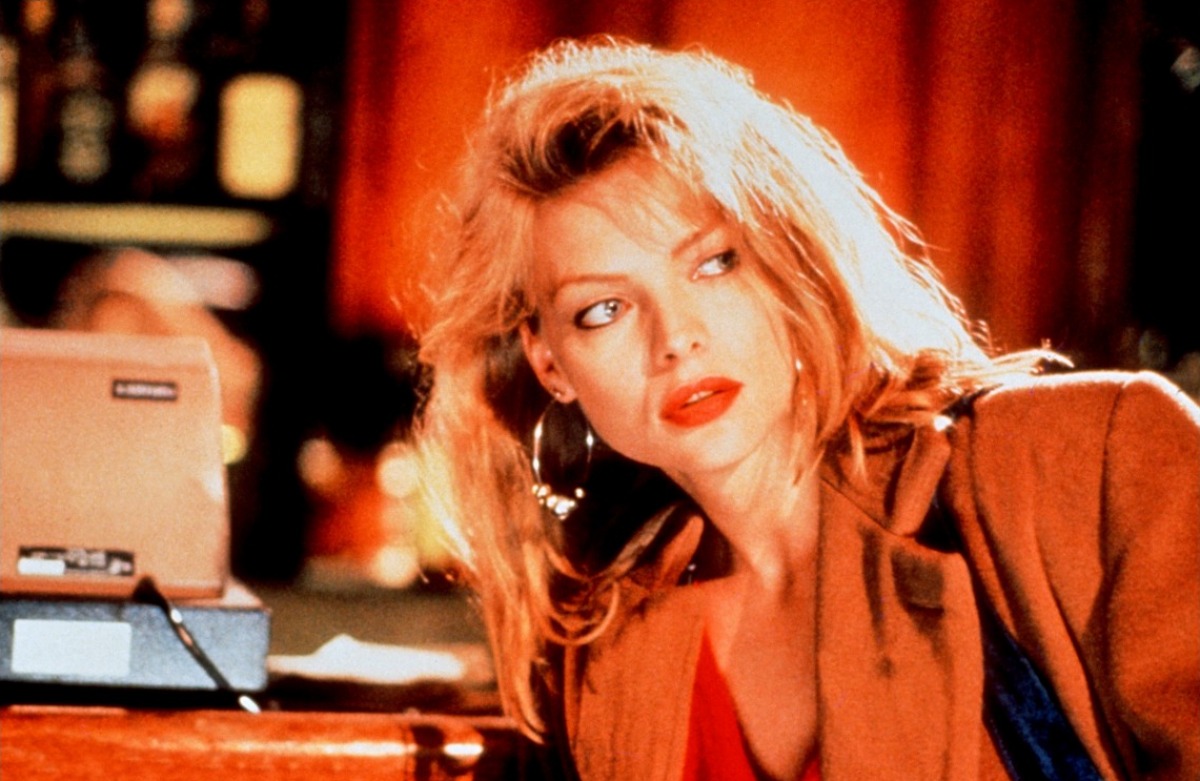 Many iconic performances are embodied in the cultural consciousness by key lines of dialogue. “You talkin’ to me?” “You know how to whistle, don’t you?” “Get to the choppa!” But Michelle Pfeiffer in The Fabulous Baker Boys lives on for most people as a slinky red dress sliding over a grand piano. It’s easy to forget, if you haven’t seen it in a long time, that there was more to the movie—and to Pfeiffer’s terrific work therein—than that one intensely erotic scene. For one thing, the character’s name is Susie Diamond, and she’s written like a woman named Susie Diamond, and Pfeiffer plays her, to the hilt, like a woman named Susie Diamond. For an actress embarrassed that she got her big break in Grease 2, it must have seemed like an opportunity to demonstrate that she could pull off Sandy and Rizzo at the same time; she’s pure lusciousness behind the microphone, sarcastic and world-weary offstage. Her best scenes are the ones in which Susie talks candidly about her former life as an “escort,” and while she’s given valuable assistance by Jeff Bridges (one of the best silent listeners in the business), it’s remarkable how she can make a lengthy, here’s-my-psyche-in-a-nutshell monologue and sound natural and impromptu, while still coming across as delectably movie-star glamorous. She also did her own singing, and while her versions of “Makin’ Whoopee” and “My Funny Valentine” won’t make anyone forget Ella Fitzgerald, she’s good enough to make it credible that Susie’s presence would resuscitate the Baker Boys’ floundering act. All three of the critics’ groups named her Best Actress (though the L.A. critics ended up with a tie; see below), and she won the dramatic Golden Globe as well, with Tandy taking Comedy/Musical. Does anybody remember much more than the piano-as-mattress moment, though, 25 years later? I wonder.

LAFCA went with Pfeiffer as well, but also found room for the year’s most unexpected triumph. When Steven Soderbergh cast Andie MacDowell in his debut feature, he was well aware that she wasn’t highly regarded; writing in his journal at the time, he described the reaction from his casting agent as “Uh-oh, Steven fell for the model.” And the truth is that MacDowell has rarely distinguished herself elsewhere. She tends to lean hard on the same faintly irritating mannerisms in various rom-coms and second-tier dramas. (Her appearance in Robert Altman’s Short Cuts verges on awful; thankfully, it’s a huge ensemble film.) Apparently, though, Soderbergh is some kind of wizard who can coax great performances from actors who can’t really act (including, on the actress side, Gina Carano, Debbie Doebereiner, Sasha Grey, and arguably Jennifer Lopez).

MacDowell is sublime as Ann Mullany in Sex, Lies, And Videotape, right from the opening scene, in which she blushes and stammers and can’t keep from laughing when Ann’s therapist asks her whether she masturbates. It’s a gorgeously realized portrait of sexual repression, deftly avoiding the usual pitfalls involved in playing bottled-up types; Ann comes across not as a withered husk but merely as someone whose libido has never quite been fully charged, until now. As Soderbergh himself noted (during shooting, no less), MacDowell needed to walk a fine line between a lack of self-awareness and outright stupidity, and she almost never falters. She only strains for effect when she’s required to be angry, though it probably also helps that Soderbergh opted to ditch most of the dialogue he wrote for Ann and Graham (James Spader) in their final scenes together. In any case, this performance seems even more like a miracle in hindsight. 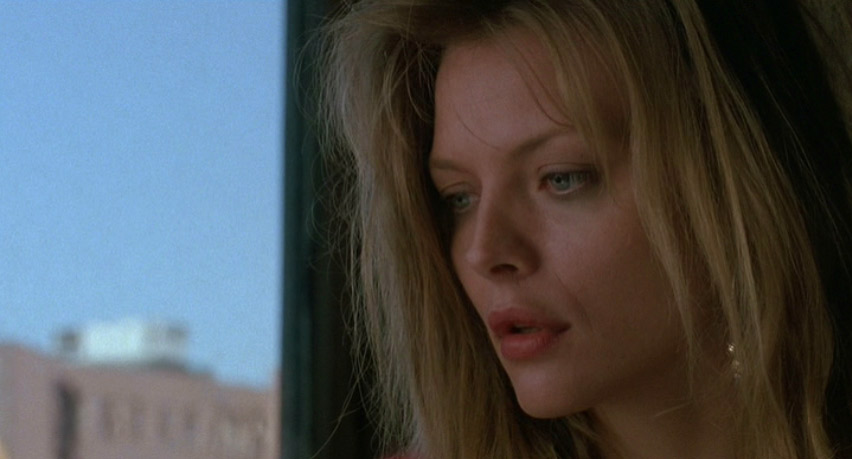 Pfeiffer must have known it was her year when even the NSFC couldn’t come up with some relatively obscure pick instead of her. The year’s other Oscar nominees besides Tandy and Pfeiffer fall squarely in the “solid” category, though it’s significant that one of them was in a foreign language—still rare to this day, even though subtitles have become much more commonplace on television. Isabelle Adjani does ferocious work in the title role of Camille Claudel, despite being stuck in a standard biopic that requires her to skip from one emotion to another as the historical record dictates; she’s frequently mesmerizing to watch, but director Bruno Nuytten (then Adjani’s offscreen partner) clearly believes that tempestuous behavior is a magical cure-all for narrative torpor, and leans on her energy a bit too hard.

The category was rounded out by one perennial and one newcomer. Jessica Lange gives good anxiety in Music Box, as an attorney defending her father from charges of Holocaust-related war crimes. The role (written by Joe Eszterhas, a few years before he turned into a punchline) is one-dimensional, and the film (directed by Costa-Gavras) has largely been forgotten, but Lange manages to dig in and find a few gut-wrenching moments as her character struggles to come to terms with a grim family history. And then there was Pauline Collins, reprising her award-winning (Tony, Drama Desk, etc.) stage performance in Shirley Valentine, a pleasant bit of fluff about a British housewife emotionally liberated by a vacation in Greece. It’s fair to say that Collins owns the role, but it’s also fair to say that she’s playing a dotty wish-fulfillment fantasy figure with no rough edges or hidden substance. Amusing, but nothing more. 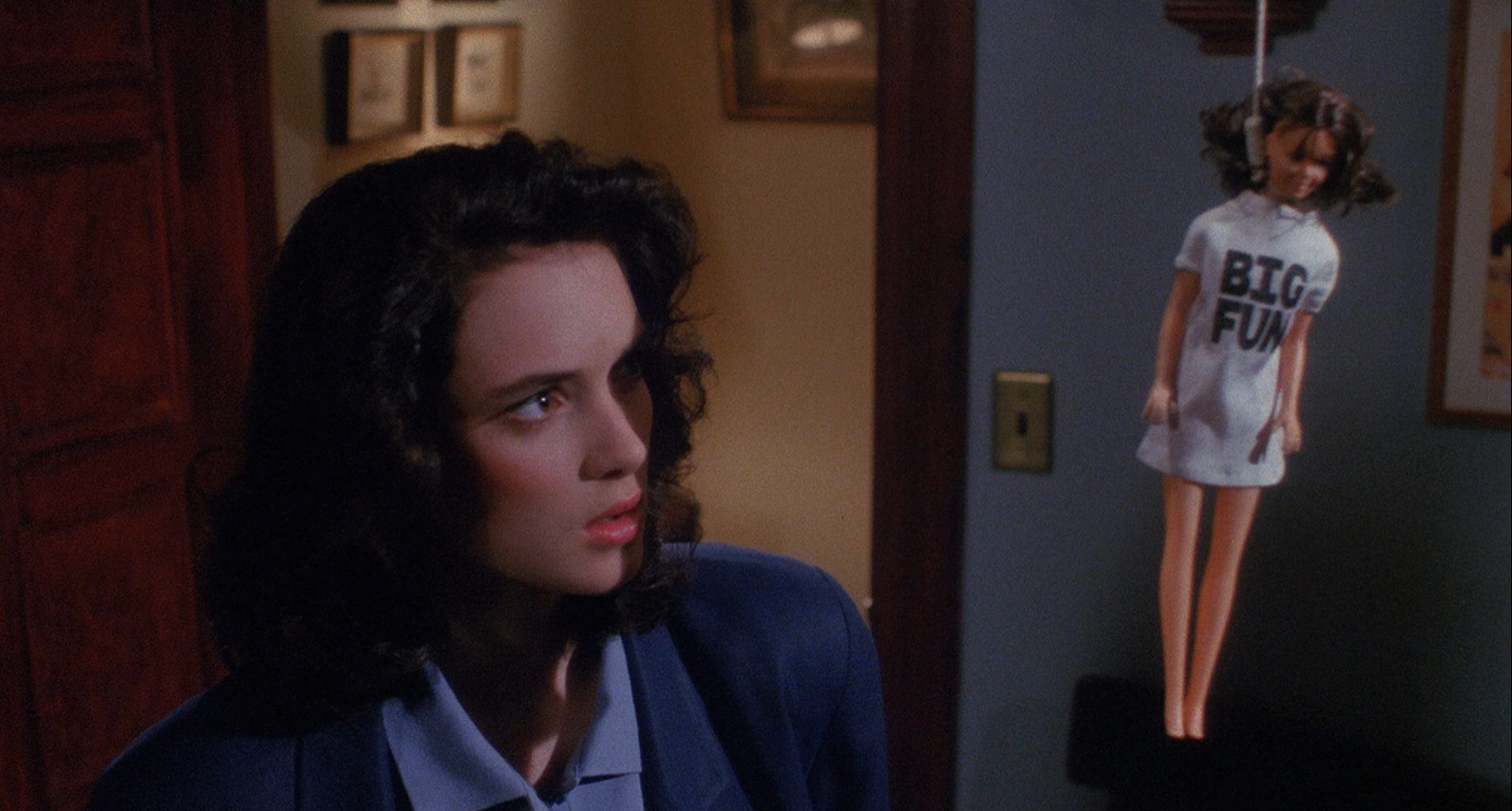 [Full disclosure: I know Daniel Waters, who wrote Heathers, very slightly. He participates in an annual survey I conduct, I’ve been to a couple of parties at his house, and he read a screenplay I wrote. We’re in touch maybe twice a year. Had no bearing on my choice here, I firmly believe, but I note it for the record anyway.]

Though Winona Ryder made a bit of a splash in 1988 in Beetlejuice, in which she’s hilariously deadpan (befitting a character who starts out more interested in death than life), she truly became a star when she landed the lead role in one of the most demented high-school comedies ever made. “My teen-angst bullshit has a body count,” Veronica Sawyer scribbles into her diary at one point. Ryder, playing the sardonic nucleus of Heathers’ over-the-top orbital mayhem, introduced a new variety of adolescent heroine—Molly Ringwald crossed with a mean girl. The movie’s deck is admittedly stacked in Veronica’s favor, as she’s surrounded by broad caricatures who are at best merely horrible, at worst lethally dangerous. Still, Heathers asks viewers to identify with someone who’d be the token weirdo in a normal teen movie, à la Ally Sheedy in The Breakfast Club, and Ryder succeeds in making her simultaneously abrasive and likable, mostly by carefully modulating her performance relative to the other actors. In scenes involving the Heathers, she places herself at a phlegmatic remove, channeling Barbara Bel Geddes in Vertigo; when Veronica is alone in her room, narrating her thoughts, the intensity meter goes into the red. And she finds the happy medium opposite Christian Slater’s J.D., reveling in “harmless” bad behavior until self-awareness of her naïveté transforms her into an avenging Fury. In fact, the role pretty much exhausted her range, which she’s spent the rest of her career struggling to expand, taking wildly un-Veronica roles in films like Edward Scissorhands and The Age Of Innocence. Apart from the Chicago Film Critics Association and the fledgling Indie Spirit awards, however, nobody paid much attention at the time. “The extreme always seems to make an impression,” J.D. tells Veronica. Not in this case, for whatever reason.