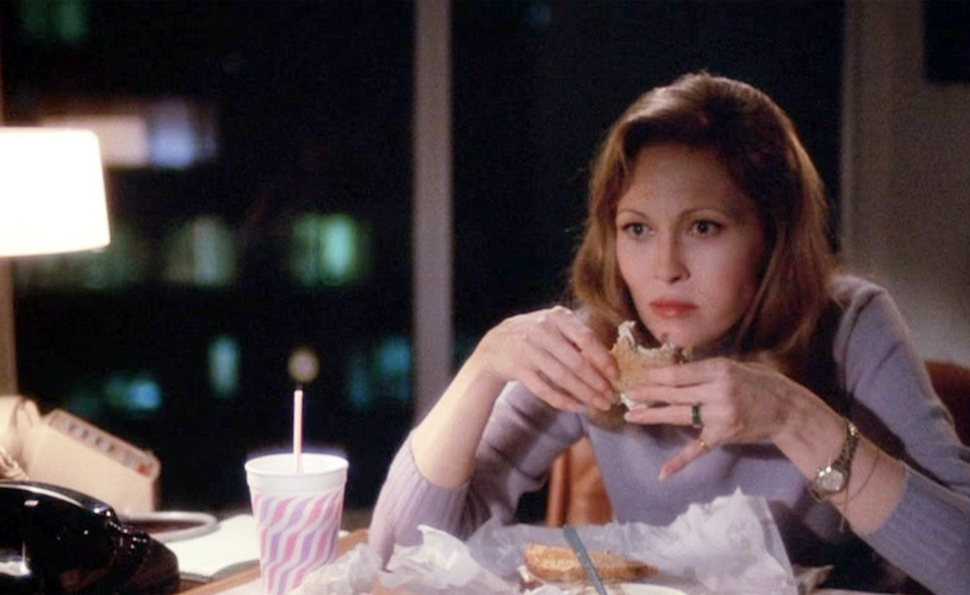 Network was divisive at the time of its release, and the distance separating admirers from haters only seems to have grown over the years. For the latter, Paddy Chayefsky’s screenplay pushes satire well past the breaking point—an issue inevitably reflected in the performances, many of which aim for caricature rather than character. That’s especially true of Faye Dunaway’s high-wire act as rapacious network exec Diana Christensen, who’s so obsessed with her job that she’s still talking about potential litigation while she’s having sex. Even when Diana is too blunt a weapon in Chayefsky’s attack on network soullessness, however, there’s no denying that Dunaway plays the role to the hilt, exactly as conceived. Watching her confidently rattle off reams of brittle, wised-up dialogue, it’s easy to imagine her excelling as a Rosalind Russell or Katharine Hepburn type in Hollywood’s golden era. Diana is in many ways the same sort of character, except stripped of all humanity and placed in an ostensibly more naturalistic context (opposite William Holden behaving relatively normally). It’s the kind of showy performance that Oscar voters tend to overvalue at the expense of more subtle work, but there are times when showy is both appropriate and superlatively done, and this is one of them.

Ironically, given that Diana almost never stops talking a mile a minute, Dunaway’s finest moment in Network is a silent reaction shot, during the scene in which she insists to her boss, Frank (Robert Duvall), that they should let mentally ill news anchor Howard Beale (Peter Finch) continue his rants, which are sending the ratings through the roof. “For God’s sake, Diana,” Frank says, “we’re talking about putting a manifestly irresponsible man on national television.” She simply nods in reply, and the avid expression on Dunaway’s face—eyes widening slightly, so that she appears a bit crazed—is genuinely chilling. 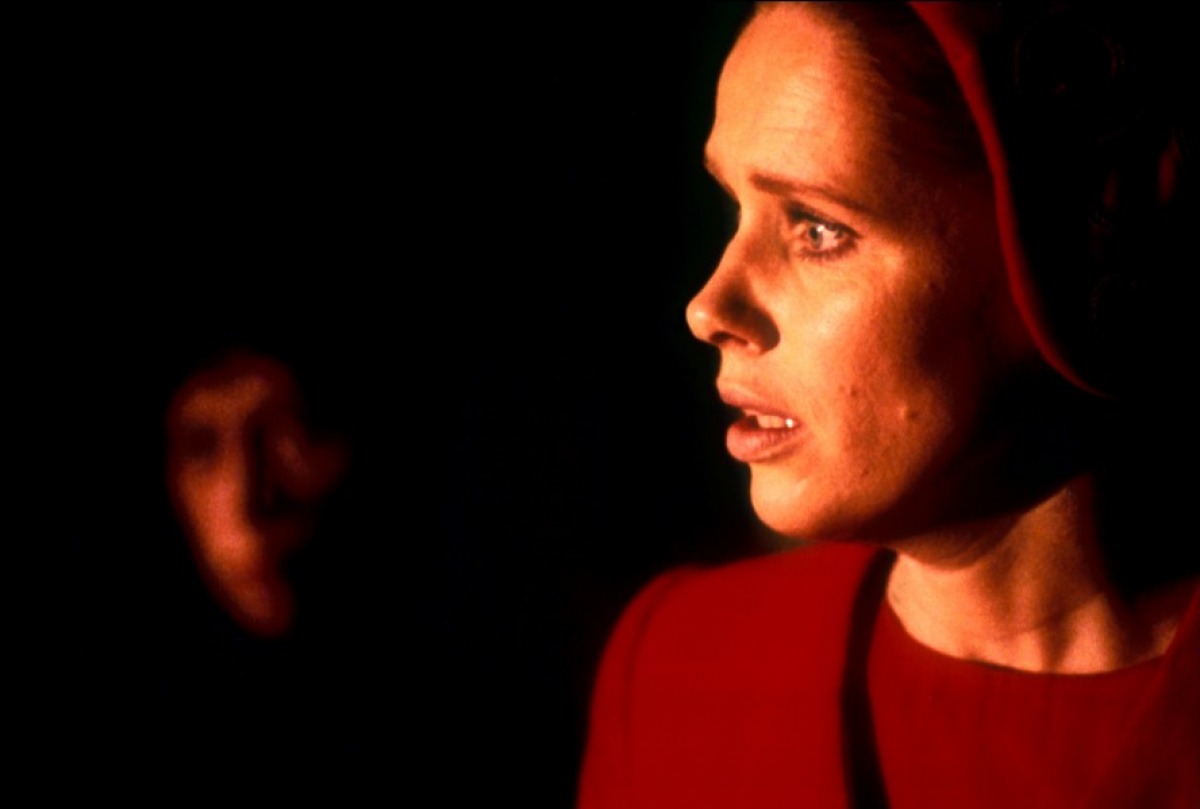 There are cases where I wonder whether the awarding body wishes it could go back in time and change a previous decision. Had Oscar voters known that Forrest Gump was on the horizon, for example, it’s possible that Tom Hanks wouldn’t have won for Philadelphia—they didn’t necessarily want to give him Best Actor twice in a row, but the undeniable performance (from their point of view, anyway) happened to arrive after the more vulnerable one, so there was nothing they could do.

I suspect the NYFCC thought it was done with Liv Ullmann for a while, as she’d won its Best Actress prize twice in the previous four years: in 1972 (jointly for Cries And Whispers and The Emigrants) and again in 1974 (for Scenes From A Marriage). The group must have just thrown up its collective hands after seeing Face To Face, in which Ullmann takes Bergman-esque anguish to a whole new level—a feat that had probably seemed impossible. Her character, Jenny Isaksson, is a psychiatrist experiencing a slow but steady mental breakdown, and no powerful emotion is left untapped along the way; at times, it isn’t even clear whether Jenny is crying or laughing, though her movements are so convulsive that either one would be frightening. Ullman doesn’t hold back in the slightest, and is arguably too intense for the movie’s own good. (I should note that I’m mostly a skeptic when it comes to Ingmar Bergman, whose films often strike me as torment overload.) As with Dunaway, however, it’s impossible not to admire the sheer commitment involved—especially in this case, since watching Ullmann wring herself dry is such an ordeal that it’s hard to imagine what it must have felt like on her end. Face To Face isn’t generally considered one of Bergman’s best films, but it’s worth seeing for the experience of witnessing a great actress get so perilously close to the edge.

The L.A. critics concurred with New York, so I’ll use this space to discuss the sentimental favorite among that year’s Oscar nominees: Talia Shire, who broke hearts as the terminally shy Adrian in Rocky. Shire’s performance verges on being adorable, just as the animals in the pet store where Adrian works are adorable. (Odds are good that Sylvester Stallone, who wrote the screenplay, intended the similarity.) It also features that hoariest of clichés: the man who has a woman remove her glasses and let down her hair, then tells her she’s beautiful. Shire does a fantastic job of selling Adrian as somebody so beaten down by life that she’s genuinely unaware of her attributes, but she also makes the character such a pathetic wallflower during the film’s early scenes that Rocky’s courtship almost feels like charity work, even though he isn’t exactly prize material himself at this point. Maybe she wanted to create as strong a contrast as possible with the volatile Connie Corleone (from the Godfather films), which was her best-known role at the time. Understandable though the impulse is, she takes it a tad too far.

In any case, it’s a bit surprising that she was nominated for Best Actress rather than Best Supporting Actress, as Adrian, while a crucial part of the movie, is by no means an equal with Rocky—their romance is just one part of his story, which is dominated by the Apollo Creed match. If Shire is a lead here, then so is Burgess Meredith, frankly. But the climactic shots of Adrian struggling through the crowd to get to the ring, as Rocky repeatedly bellows her name, pretty much cemented the notion of Rocky as a love story in the public imagination, and that was apparently enough to promote Miss Mousy to the main category. (Also, Shire was more famous than Stallone, who was effectively unknown prior to this film. Those things shouldn’t matter, but they often do.) 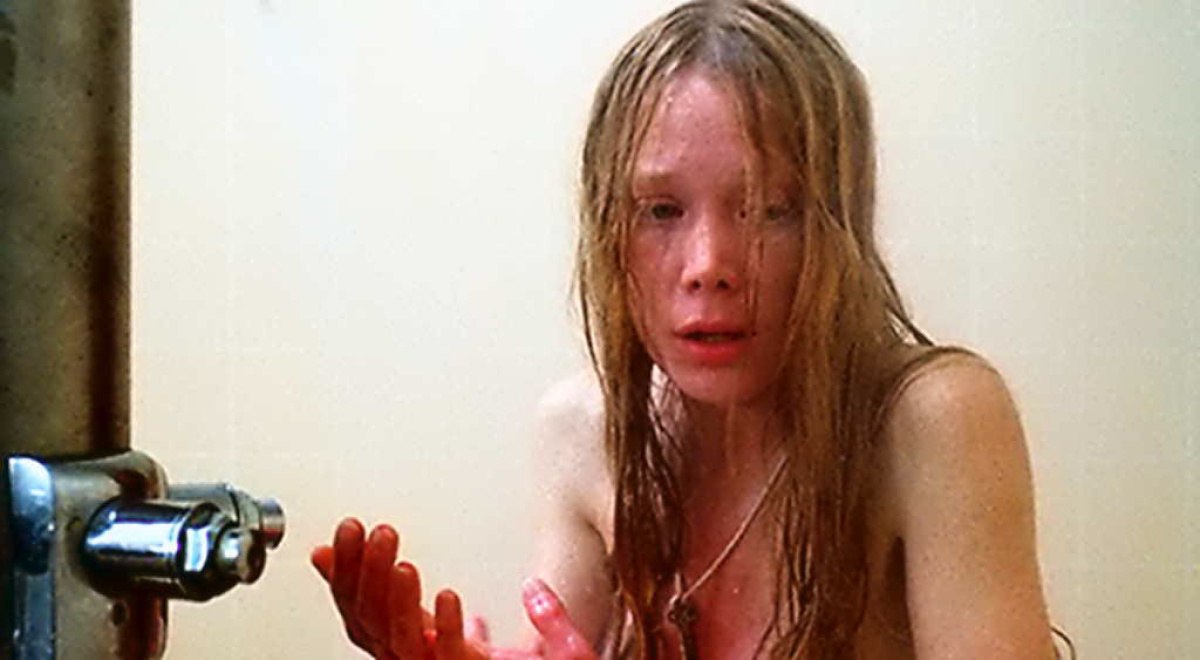 Speaking of characters who are shy, meek, and bullied by life, here’s a freakishly alternate take on the subject. Spacek had already starred in one seminal motion picture (Badlands), but her magnificent work in Terrence Malick’s debut must have struck other directors and casting agents as some sort of fluke, as she only appeared in a handful of TV movies over the next several years. As the title character in Brian De Palma’s adaptation of Stephen King’s novel, however, she makes an impression nobody could possibly forget.

There’s a weird sense in which this almost feels like a stunt performance, even though it isn’t. Spacek makes Carrie credibly lonely and fearful for most of the film, with no trace of the childlike joy she so memorably embodied in Badlands; in a different context (i.e., if this were a very different movie), we’d be praising only her sensitivity and marveling at her ability to subtly suggest Carrie’s incremental growth in self-confidence. Carrie is a Stephen King bloodbath, however, and the teenage woes of its title character are just a means of arriving at the moment when she suddenly goes apeshit and kills everything in sight. Spacek’s transformation during the prom sequence is astounding, and she doesn’t really do anything except open her eyes as wide as possible and drain her face of all other expression. It’s enough. Just seeing stills from the end of Carrie are enough to make me leave the light on while falling asleep. Consequently, Spacek’s fine work earlier in the film retroactively feels like an expert fakeout, which it isn’t in the slightest. De Palma just had the good sense to recognize and utilize her remarkable physical range. Chloë Grace Moretz didn’t even try to replicate this otherworldly effect in last year’s remake. She played the prom scene with more of a sense of wonder at her own power. Not nearly as scary, but very sensible, as attempting what Spacek does could only have been embarrassing. You’re born with that, or you aren’t. 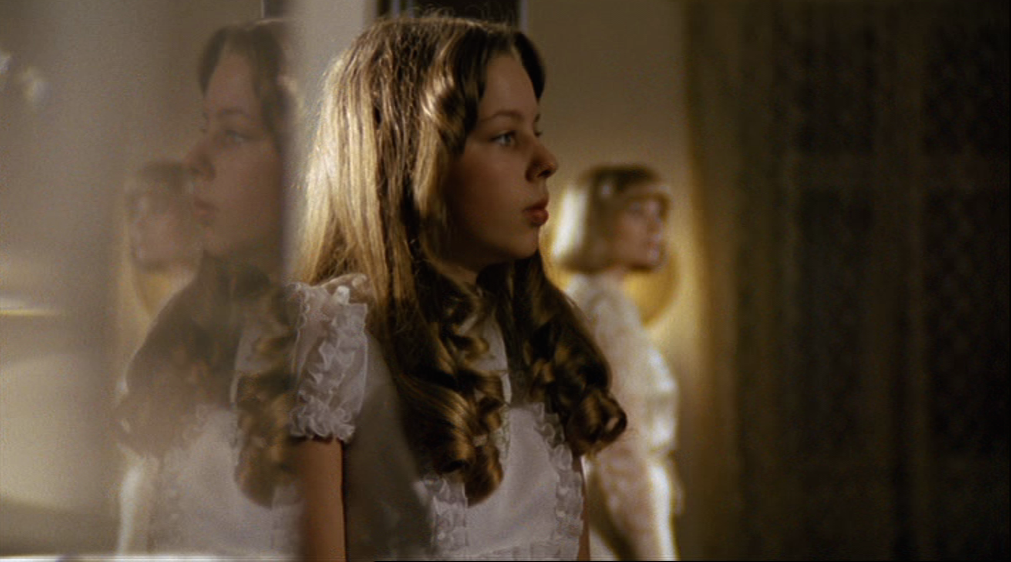 Confession: I rewatched Chinese Roulette—one of my favorite Rainer Werner Fassbinder films, though it doesn’t have much of a reputation—in order to see whether I might want to write about one of its two adult actresses, Anna Karina or Margit Carstensen. Andrea Schober, who plays Angela, the disabled teenage daughter of Carstensen’s character, hadn’t occurred to me, perhaps because she was a child. On second viewing, however, it became clear how crucial Schober’s unnerving self-possession is to the movie’s odd tone. The story involves a loveless marriage in which both partners—Angela’s parents—are cheating on each other. Angela, whose disability is allegedly psychosomatic and a response to stress, plays all of the adults against each other, culminating in the parlor game that gives the movie its title. It’s a sort of variant on Truth Or Dare, minus the dare aspect and with a great deal of psychological cruelty added; Angela needs to be in complete control of the situation at all times, and Schober, despite having most of her dialogue dubbed (or so it appears), creates the impression of a little girl who, like Carrie White, has internalized all the pain in her life, but who, unlike Carrie White, has a long-term plan for retaliation. She’s the still center around which the usual Fassbinder parade of craven weakness and wanton sadism revolves, yet Schober never signals the character’s intentions, allowing her to function as a vaguely creepy blank slate. Not bad for a 12-year-old who’s also tasked with having to hobble through all of her scenes on crutches.