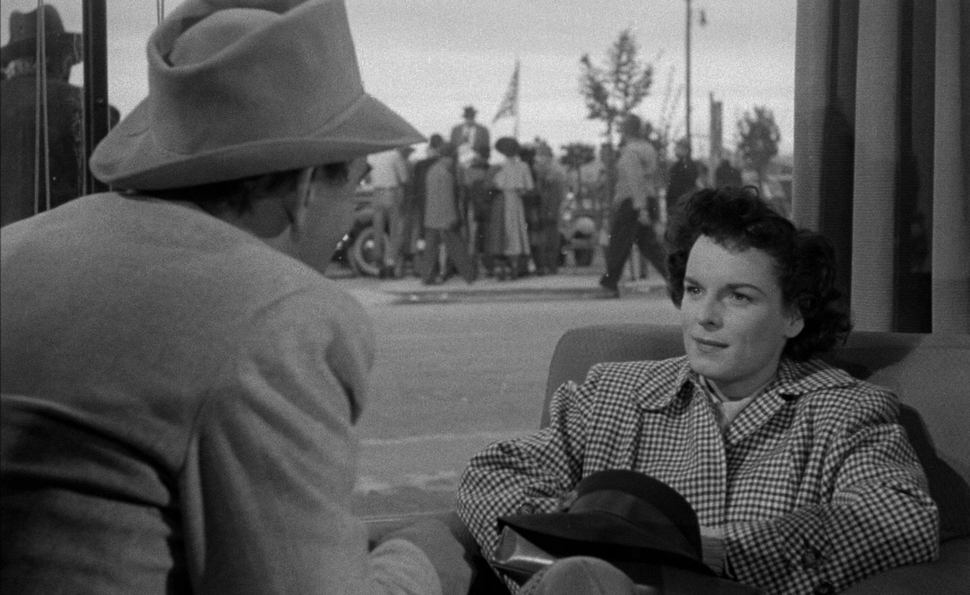 The first time I saw the memorable name Mercedes McCambridge, it was in connection with The Exorcist, for which McCambridge famously supplied Regan’s raspy, guttural demon voice. That mental association lasted for years, and led to some mild cognitive dissonance when I finally saw her in the flesh some years later in All The Kings Men, looking like.. well, I was about to say “a perfectly ordinary young woman,” but there wasn’t much that was ordinary about her. As Sadie Burke, the campaign manager for rising corrupt politician Willie Stark (played by Broderick Crawford, who won Best Actor), McCambridge snaps off her lines with so much force that you can practically see them break in two and fall to the ground. From today’s perspective, the role itself is somewhat problematic: Sadie, who’s incredibly skilled at her job (manipulating the press) and tough as nails, is also presented as someone whose life is empty because she’s insufficiently feminine. She spends much of the film unhappily in love with Stark, who pursues girlier girls. (This aspect was toned down considerably in the mediocre 2006 remake, which shrewdly cast Patricia Clarkson as Sadie.) There’s a slight element of camp to the performance, which McCambridge would crank up magnificently a few years later in Nicholas Ray’s Johnny Guitar. Here, in a more naturalistic context, she’s sometimes a bit too stiffly mannered, like a caricature of a woman working hard to be one of the boys. Still, it’s enormous fun watching her mow down everyone in her path, and she arguably deserved the Oscar that year just for being so aggressively unusual. Fun, too, to imagine William Friedkin watching All The King’s Men and asking, “How old is McCambridge now? And how much has she been smoking?” 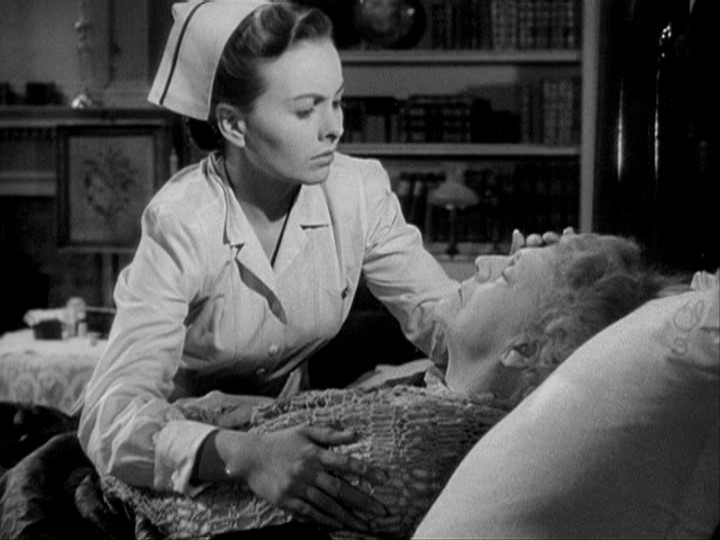 The rest of this column will discuss the other 1949 Oscar nominees, as none of the big three critics’ groups had started awarding a Supporting Actress prize back then. (Two of the groups didn’t yet exist.)

Another longtime movie association of mine involves the moment in Singin’ In The Rain when Debbie Reynolds’ haughty dancer, having previously given Gene Kelly’s silent-film star a pompous lecture about the greatness of stage acting vs. the silliness of screen acting, pops out of a cake at a party, prompting him to greet her sarcastically with “Well, if it isn’t Ethel Barrymore!” For many years, that was pretty much all I knew about Ethel Barrymore, along with “John and Lionel’s sister” and “also related to Drew somehow.” (She was Drew’s great-aunt.) As the Singin’ In The Rain reference suggests, Barrymore was primarily a legend in the theater, appearing in relatively few films and no enduring classics. (Pro tip: If you’re going to be in only one Hitchcock movie, try to make sure that movie is not The Paradine Case.)

That said, Barrymore did make a big-screen splash in Elia Kazan’s Pinky, one of the earliest Hollywood movies to tackle race head-on. Its story involves a light-skinned African-American woman who passes for white—not that hard, really, since Pinky is played by white actress, Jeanne Crain. Most of the actual white people in Pinky’s Southern town are unrepentant bigots, but Barrymore’s Miss Em is at least a semi-exception, and her evolving relationship with Pinky, to whom she eventually wills her house, is the heart of the film. Barrymore was 70 years old at the time, and she plays virtually the entire role lying in what turns out to be the character’s deathbed, tasked with appearing simultaneously strong and frail. She manages the combination without breaking a sweat. There’s a certain amount of crusty-old-lady cliché inherent in Miss Em as written, but Barrymore succeeds in making her distinctive and memorable via sheer imperious charisma; it’s easy to believe that this woman possesses enough strength of character to look past Pinky’s skin color. (Though, again, that would be a bigger deal had an African-American actress been cast as Pinky.) Only trouble is, now “Well, if it isn’t Ethel Barrymore!” makes me think of a dying matriarch. 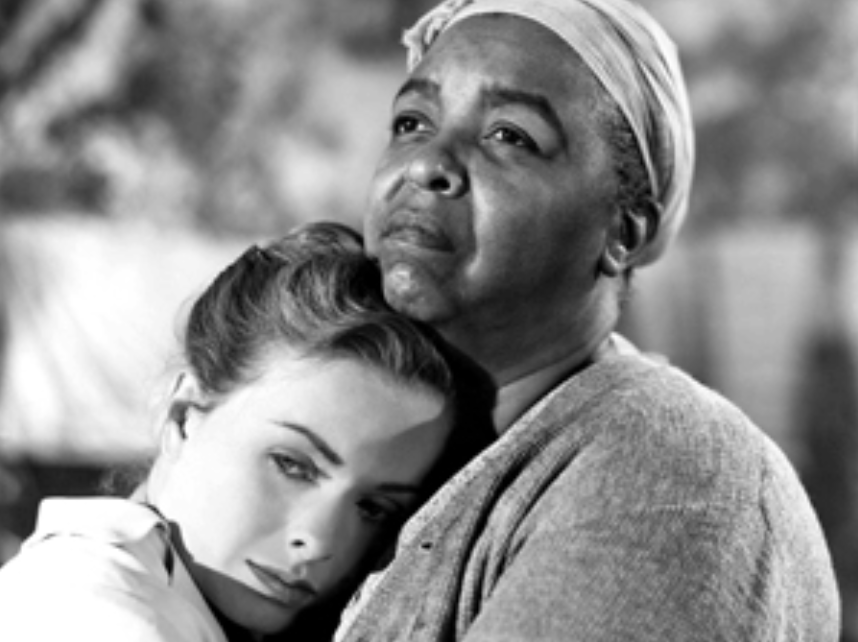 Also nominated for her work in Pinky was Ethel Waters, who plays the title character’s grandmother (and effectively her mother), Dicey. At the time, Hattie McDaniel (Gone With The Wind) was the only African-American who’d ever received an Oscar nomination, in any category, so Waters getting the nod along with Barrymore (and Crain, nominated for Best Actress) was a seismic event. While her performance is hugely affecting, though, Dicey, like McCambridge’s Sadie, can be a bit uncomfortable for modern-day audiences to watch. Pinky has its heart in the right place, especially for 1949, but it’s primarily advocating separate-but-equal, and Dicey is that idea’s primary mouthpiece. Consequently, a lot of her scenes involve her instructing Pinky to know her place, and she ultimately seems less important than Miss Em, whose praises she sings constantly. It doesn’t help matters that the film’s production design makes the shack where Dicey lives look as if it’s the main attraction in Walt Disney’s Povertyland. All the same, there’s no denying the emotional directness that Waters brings to the role—especially early in the film, when Dicey discovers that Pinky allowed everyone at her nursing school to believe she’s white. Waters puts a heartbreaking spin on Dicey’s feelings of shame, subtly suggesting that she’s hurt less by Pinky’s denial of her race than by Pinky’s refusal to tell others about her, specifically. It’s an achingly human moment that helps prevent Pinky from coming across too much like a proto-Civil Rights tract. 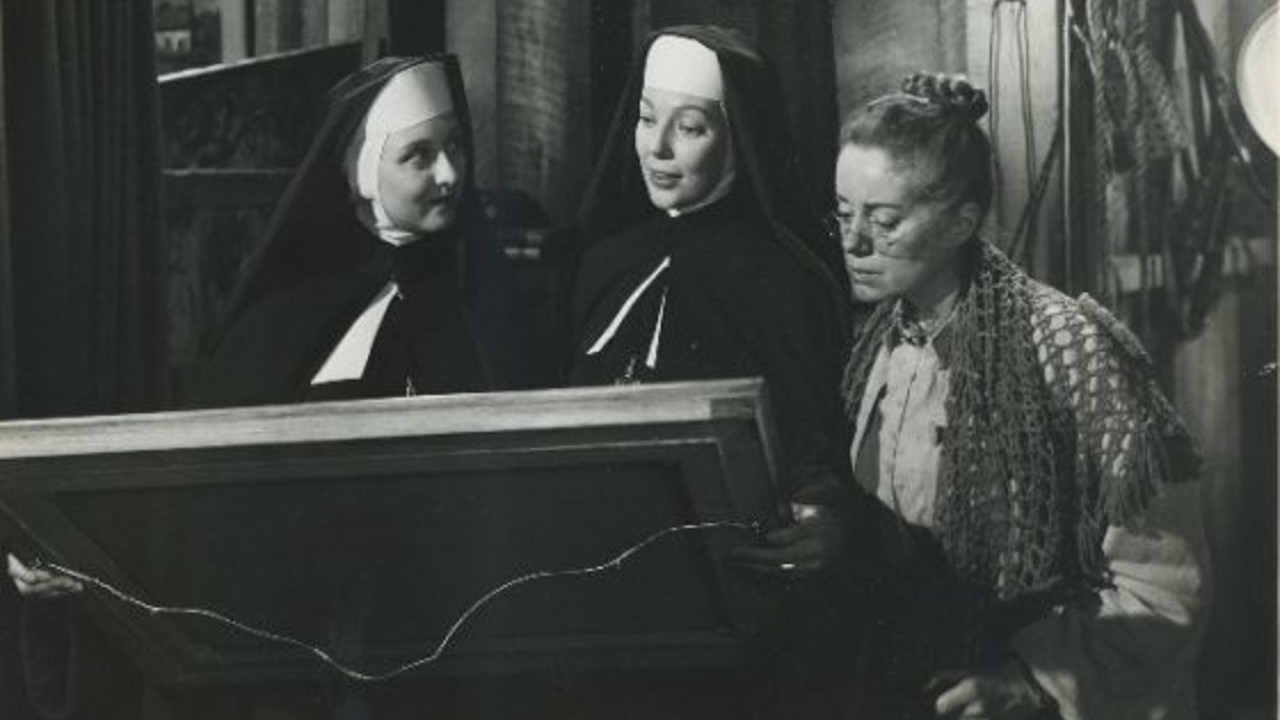 The last two 1949 Supporting Actress nominations are hard to fathom. Both came from the same justifiably long-forgotten film: Come To The Stable, a story about two French nuns who build a children’s hospital in a New England village. One of the nominees was Celeste Holm, who is unmistakably a lead in Stable—she plays one of the two damn nuns. (Loretta Young, who plays the other, was nominated for Best Actress.) Holm had already won a Supporting Actress Oscar two years earlier for Gentleman’s Agreement, so it’s not as if she was an unknown; there’s no good explanation for the decision to place Young in Lead and Holm in Supporting, except to avoid having them compete against each other. Nor is it an especially memorable performance, as Holm is stuck with a goofy French accent and spends much of her screen time doing little more than looking generically serene. Still, Holm is freakin’ Ethel Barrymore compared to Elsa Lanchester, who was inexplicably nominated for playing a local painter whose religious themes drew the attention of the nuns in the first place. Lanchester was arguably less mannered in Bride Of Frankenstein—this is some grade-D ham, placing maximum twitch on every line and gesture, as if Come To The Stable were a Mel Brooks parody of the earnest drama it actually is. Why the Academy flipped for this innocuous tripe (it received seven nominations total) is a mystery, but the fact that it’s “serious” must have been a factor. How else could they have possibly failed to acknowledge… 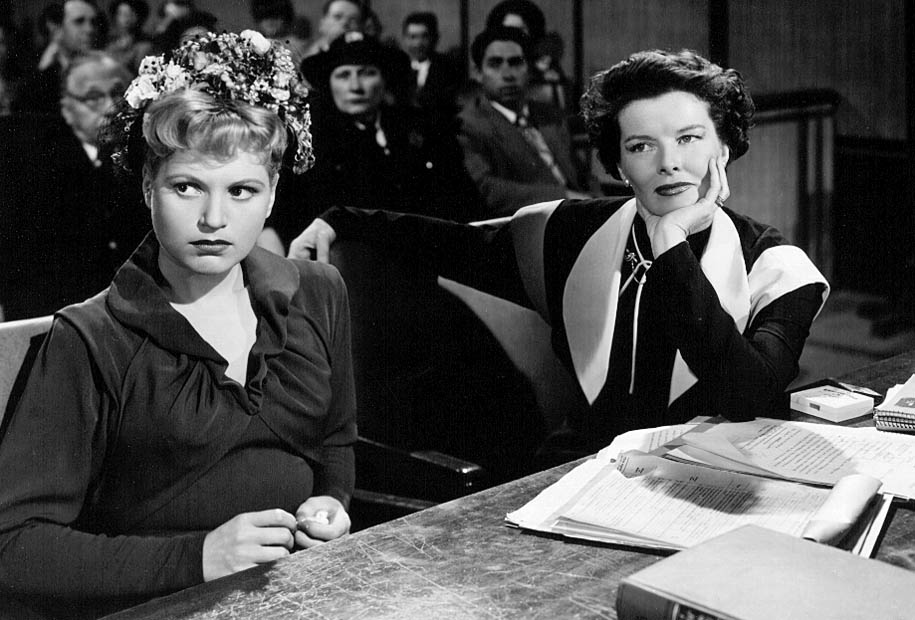 At the time that she was cast in Adam’s Rib, Holliday was already a Broadway sensation as the star of Born Yesterday, and she’d go on to win Best Actress for the film adaptation the very next year. Yet she was somehow completely ignored for her equally hilarious turn in this classic comedy, which she blithely steals from Spencer Tracy and Katharine Hepburn at every opportunity. The story involves husband-and-wife attorneys who are on opposing sides of a murder case, but the best laughs all come from Doris, the defendant, and her efforts to explain why she shot her husband and how the act qualifies as justifiable homicide. There’s an art to playing dizzy without crossing the line into tediously stupid, and Holliday had a better understanding of that particular art than just about anybody. When Doris tells her lawyer (Hepburn) that her husband used to beat her, and mentions that he once broke a tooth, it’s the screenwriters (Ruth Gordon and Garson Kanin) who deserve credit for the line specifying that it was a molar that was later capped, but it’s Holliday who works out the exact timing with which she should muffle the words by sticking her finger in her mouth in order to point out which tooth it was. Her genius lies in never letting on that she knows she’s being funny—she’s absurd, but always soberly, obliviously, as if her non sequiturs and digressions make perfect sense. Even Doris’ Brooklyn accent is somehow at once thick and understated (especially compared to the accent she uses for Born Yesterday’s Billie Dawn). It’s a star-is-born performance, delivered by someone who was already a star onstage, but only Gordon and Kanin’s screenplay was recognized as first-rate by the Academy. Dying is easy, Ethel Barrymore. Comedy is hard.