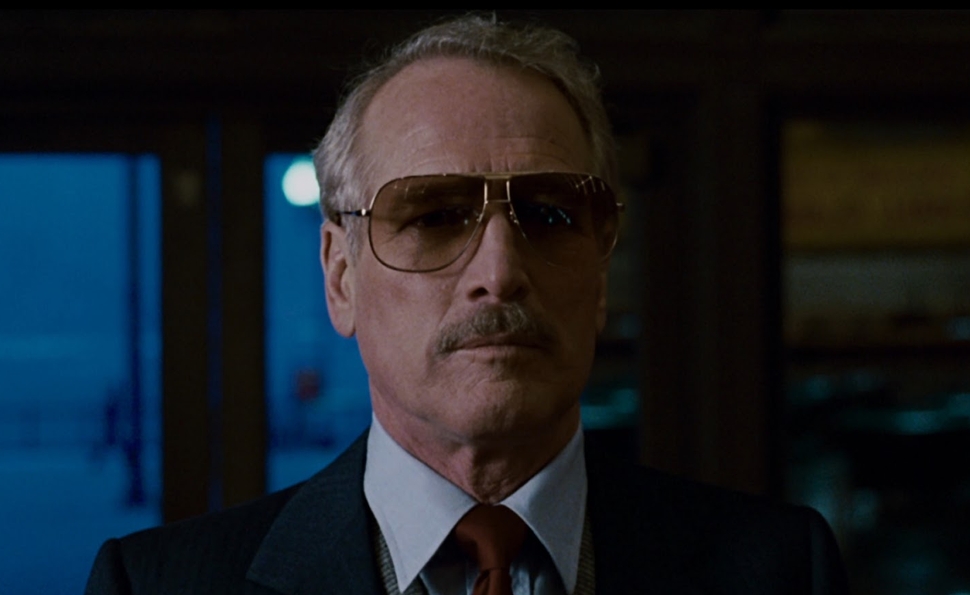 At the 58th annual Academy Awards, Paul Newman was given an honorary Oscar in recognition of his “many memorable and compelling screen performances.” The AMPAS generally hands these out when it starts to look as if an aging legend is unlikely to win a competitive Oscar, but presenter Sally Field made a point of noting in her speech that Newman was nowhere near ready to retire, and he had to accept the award via satellite from Chicago, where he was shooting The Color Of Money—which won him the Best Actor Oscar the following year. (He’s actually in costume standing in front of a pool table on the telecast.) Irony! While Newman’s 25-years-later reprise of “Fast Eddie” Felson from The Hustler wasn’t the year’s best performance—the major critics’ groups, who were in all rare agreement, got it right, as noted below—it’s by no means an embarrassing choice. Rarely is an actor given an opportunity to reinterpret a character so many years later in a single shot like this (as opposed to, say, Sean Connery playing James Bond one last time, or Harrison Ford belatedly donning Indiana Jones’ fedora again), and Newman persuasively makes Eddie seem like both the same guy and a completely different guy—wiser, shrewder, more cynical, someone who’s learned from his mistakes, but drawn the wrong sort of conclusions. He also gets to be a pillar of calm opposite the young, antsy Tom Cruise, which would make anybody look good. (That’s no knock on Cruise, who gives exactly the brash, obnoxious performance required.) The Color Of Money rarely asks Newman to break a sweat, but the scene in which Eddie realizes he’s been hustled by a gifted amateur (played by the then-unknown Forest Whitaker) provides a fine demonstration of what a great actor can do without straining too hard. It’s just a shame that in order for Newman to receive a proper Oscar, AMPAS had to deny one to… 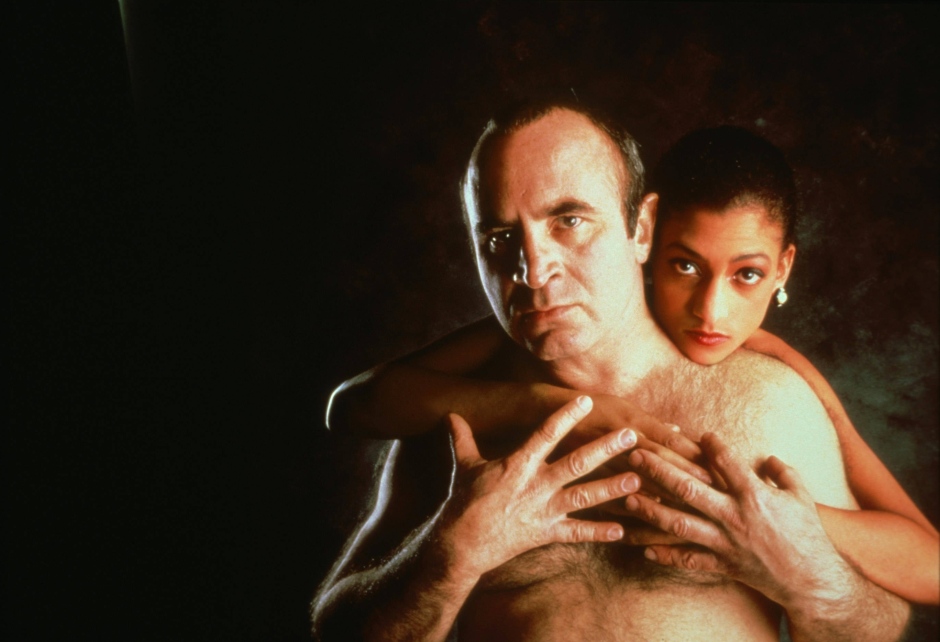 …Bob Hoskins, who passed away in April at age 71. It was absurd that he didn’t win the 1986 Oscar, as he received pretty much every other award known to man: all three major critics’ prizes, Best Actor at the Cannes Film Festival, even the Golden Globe (for which Newman was also nominated). I’m not sure why that same tsunami of appreciation didn’t occur six years earlier for his equally amazing work in The Long Good Friday, but better late than never. As George, the chauffeur who spends Mona Lisa driving high-class hooker Simone (played by Cathy Tyson) around London, Hoskins embodies a heartbreaking amalgam of tough and tender, emphasizing his fireplug orneriness while simultaneously making it abundantly clear that George is head over heels in love with Simone.

Much of the film consists of George negotiating the lobbies of expensive hotels while Simone is working, looking uncomfortably out of place, but also defiant; Hoskins maintains a constant, preternatural awareness of his surroundings, which pays off late in the film, when George delves into London’s sexual underground. (Thankfully, he doesn’t seem aware in these scenes that the Genesis ballad “In Too Deep” is accompanying his every move.) This performance was so uniquely charismatic that it got Hoskins cast as Al Capone in De Palma’s The Untouchables (though the offer was rescinded when Robert De Niro decided to play the part) and—in a truly remarkable, almost unprecedented move for a major Hollywood production—as the lead in Who Framed Roger Rabbit. Most British actors who make a strong impression, especially playing low-life criminals, get offered the chance to play action-movie villains. Hoskins’ work in Mona Lisa is so soulful that he was briefly perceived as leading-man material, despite being short, bald, and overweight. It didn’t last, but it was enough to sustain a rich and varied career that ended too soon. 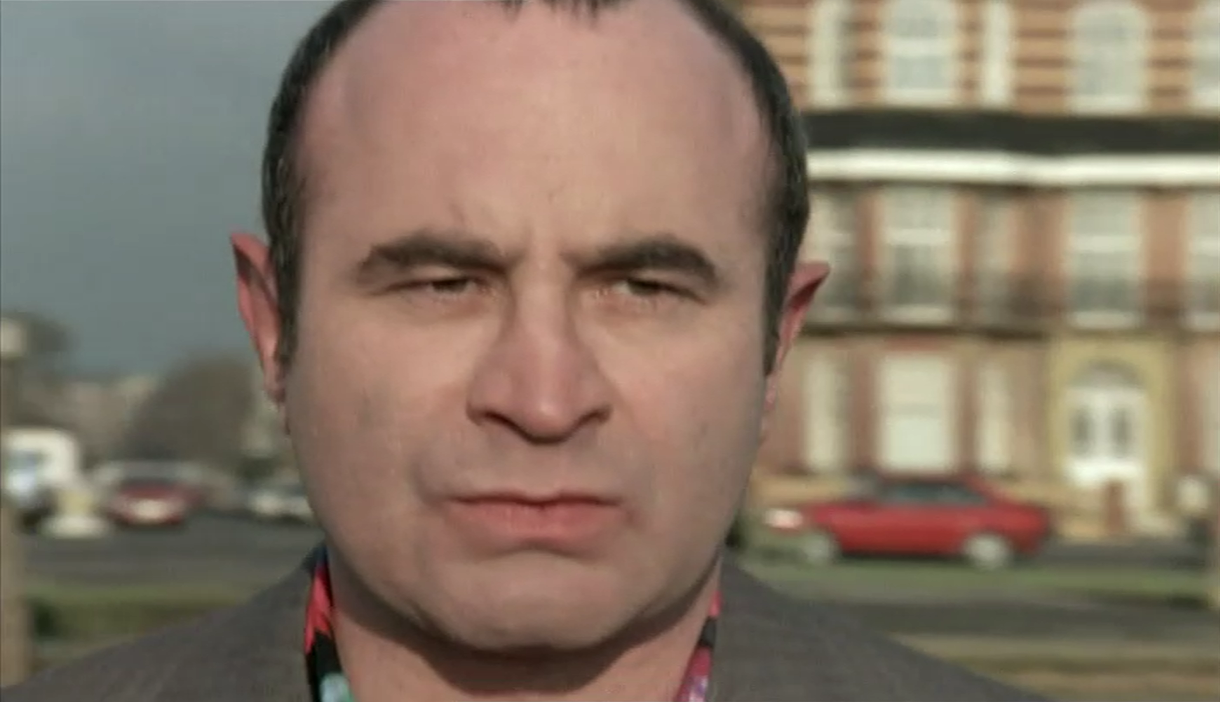 Obviously Bob, said the L.A. critics, so as usual I’ll use this space (and the next) to look at that year’s other Oscar nominees. One of them, as was de rigueur during the mid-1980s, was William Hurt, who won Best Actor the previous year for Kiss Of The Spider Woman, and was nominated again the following year for Broadcast News. Those are both remarkable performances (though it’s been a loooong time since I saw Spider Woman), but there’s nothing especially notable about his work in Children Of A Lesser God, which falls squarely in the “solid” category. This is what I think of as a “coattail nod”: Marlee Matlin won Best Actress that year in the same film, playing a deaf woman who falls in love with Hurt’s teacher at the school for the deaf, where she works as a custodian. (It seems weird to call a woman a janitor, doesn’t it? Hmm.)

Often, in a film that’s basically a two-hander, the other actor gets sucked along in the wake of the eventual winner, and that’s more or less what happened here, though Hurt radiates fiery intelligence in a role that has elements of the much-loved (by Oscar voters) inspirational-teacher routine. But director Randa Haines hampered him enormously by deciding not to subtitle the film’s copious signed dialogue. Matlin’s character, who’s just learning to speak aloud, signs most of her lines, which Hurt then repeats for the audience’s benefit; in a weird way, he’s playing her role as well as his, and the result is a halting, start-stop performance that sees him constantly bouncing his own dialogue off a vocal repetition of whatever Matlin just signed. Hurt pulls this off about as ably as anyone could, but it still gets numbing after a while. Were Children Of A Lesser God being made today, subtitles would almost surely let the male actor off the hook. 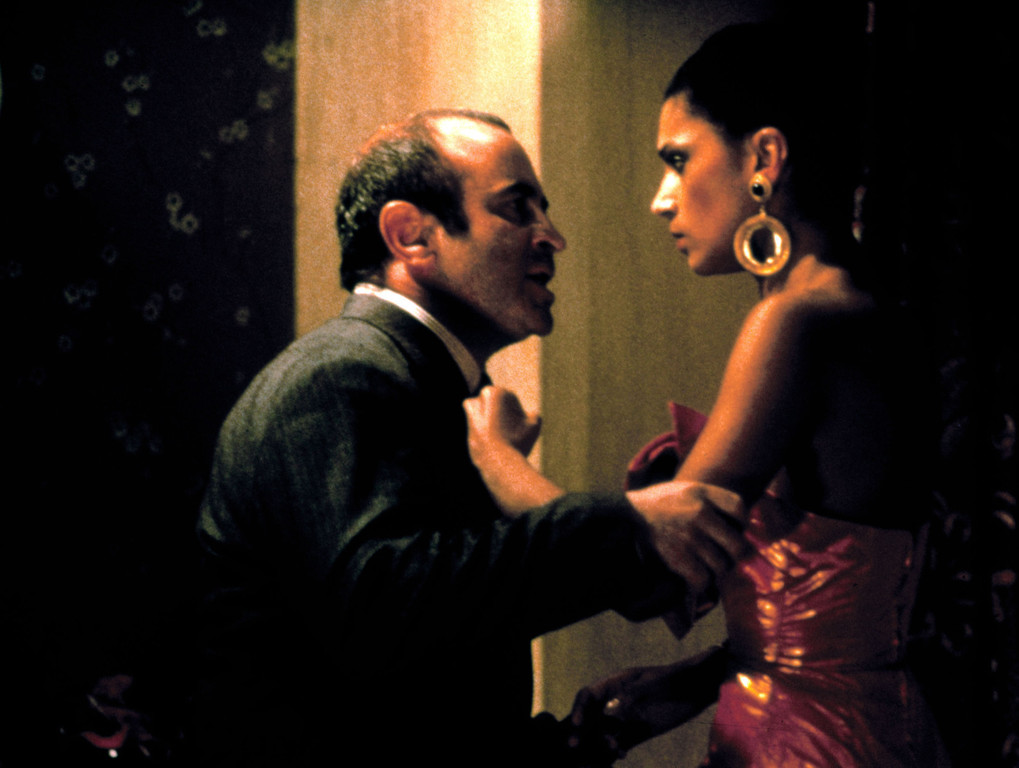 The other two Oscar nominees for 1986 were a non-actor and an electrifying new talent. Bertrand Tavernier cast real-life jazz saxophonist Dexter Gordon as the lead in his jazz drama Round Midnight, thereby avoiding the hassle of having a professional quickly learn to play the sax and then do his best to look like he actually knows what he’s doing. But while Gordon kills it onstage in the movie’s many musical numbers, his dramatic performance, such as it is, leans heavily on a throaty rasp and a Joe Cool vibe. Much of his dialogue appears to have been improvised, and not especially well; at times, he seems actively bored by what he’s saying, though I guess that only contributes to the overall sense of ineffable hipness. Perhaps Tavernier was too awed by Gordon’s musical talent to direct him. In any case, there was really no excuse for citing this as one of the year’s greatest performances, except maybe at the Grammys.

No such error was made in the case of James Woods, who was nominated for playing real-life photojournalist Richard Boyle in Oliver Stone’s Salvador. This is a quintessential Woods performance: hyperactive, restless, motormouthed, twitchy, relentlessly intense. At the same time, though, he’s canny about the nature of his character’s profession—Boyle witnesses a lot of horror in El Salvador, and Woods tends to underplay his reactions, despite being cranked up to 11 in scenes that just see him shooting the shit with Jim Belushi (as his buddy, “Doctor Rock”) as they drive around listening to Juice Newton. Maybe Boyle is an impulsive, irresponsible wreck, as he’s interpreted here (the real Boyle co-wrote the screenplay with Stone), but he’s also a professional, and part of what makes Woods so good in the film is the way he captures a photojournalist’s necessary detachment, and even suggests that Boyle’s antics elsewhere are an unconscious effort to compensate for that detachment. 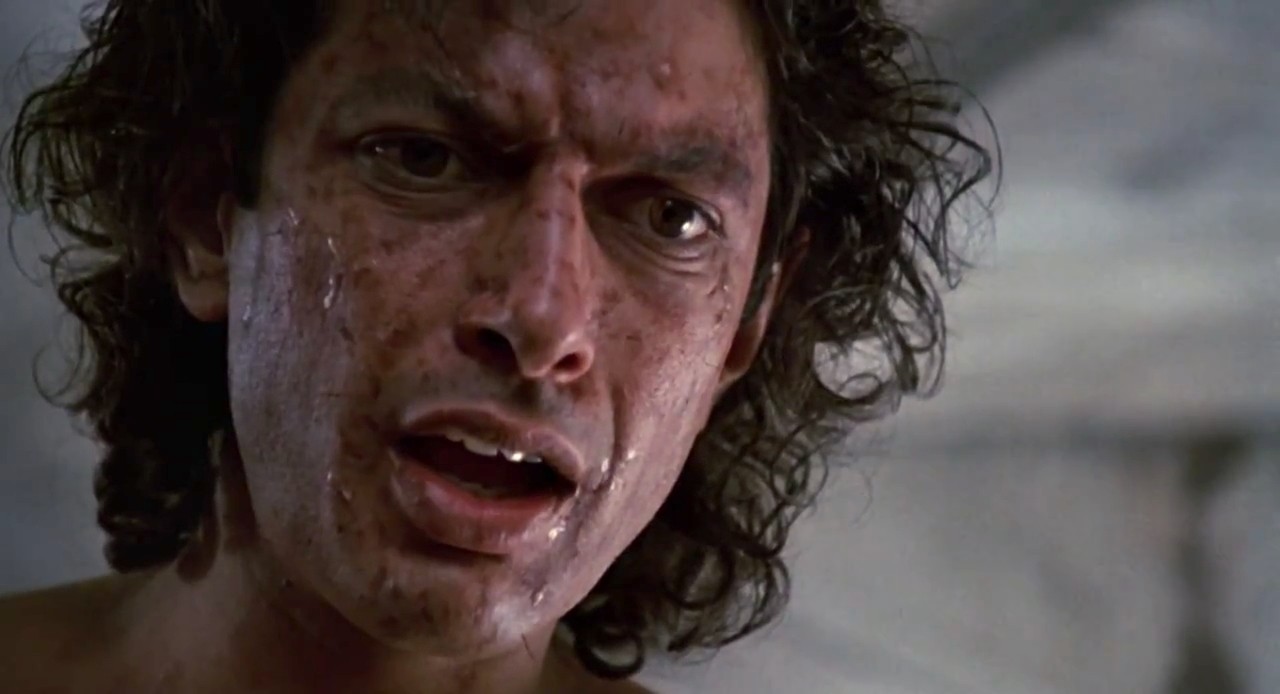 Looking at it realistically, I suppose there was little or no chance of an actor being recognized for his brilliant performance as a dude who slowly, disgustingly metamorphoses into a man-fly hybrid that serves as a metaphor for disease and/or aging. Still, it’s dispiriting that Jeff Goldblum was so roundly ignored (apart from winning the Saturn Award for Best Actor, specifically given for science fiction, fantasy, and horror). Seth Brundle is the performance of his career, starting out as a typically Goldblum-esque excitable nerd, then turning into a genuinely ardent romantic lead, then tapping deep into veins of anger, fear, black comedy, sheer terror, and unspeakable sorrow. In fact, Goldblum totally nails virtually every aspect of the human condition here, and as I write this, I’m questioning my previous conviction that Hoskins was the year’s clear champion. Pulling off such a rich, complex performance in the context of a spectacularly gross horror film—even one directed by David Cronenberg—is more impressive still. Even buried under mountains of makeup, toward the end of Seth’s transformation, Goldblum remains indelibly alive; the scene in which Seth demonstrates how Brundlefly eats, excitedly showing off for the camera and posterity, combines the character’s original goofy eagerness with a sadistic streak that’s hilariously jolting. More than anything else, though, I would never have guessed before seeing The Fly that Goldblum, a magnificent jester, would be at the center of one of the most moving love stories ever filmed, as ardent as any lover in cinema history. It’s just one surprise in a performance that never stops surprising.