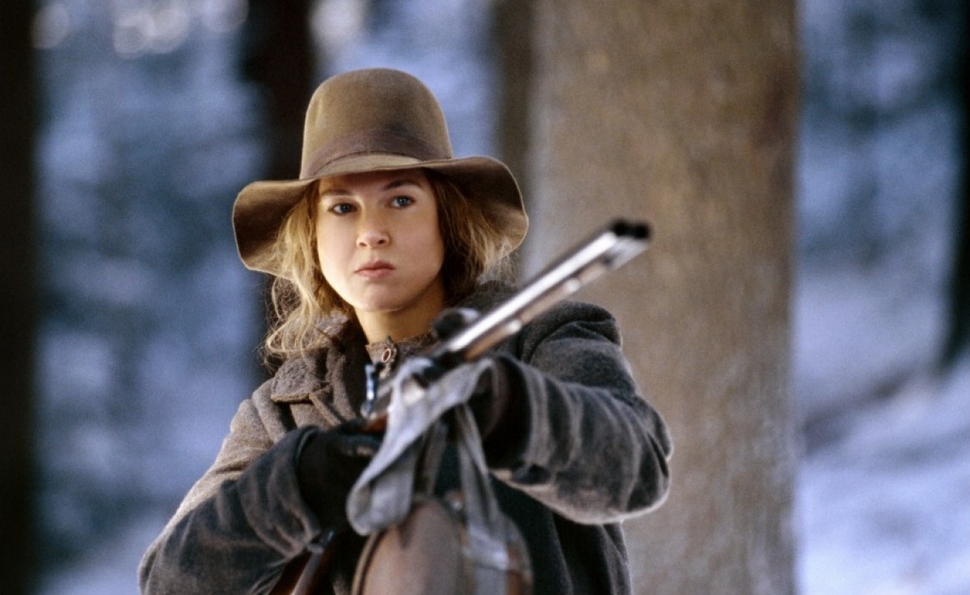 Okay, folks, it’s been a decade. What do we think? With the exception of Roberto Benigni in Life Is Beautiful (whom I look forward to discussing in a future column), no Oscar winner of recent vintage has been as divisive as Zellweger, whose performance in Cold Mountain as mountain woman/gumption machine Ruby Thewes involves more chewed-up scenery than prestige dramas adapted from National Book Award selections generally allow. At the time, I loved her without reservation, mostly because of the way she punctured Cold Mountain’s literary tastefulness; it was like seeing Dances With Wolves invaded by the title character of Annie Get Your Gun. Watching her strut across the screen today, her arms swinging so hard that she’s constantly on the verge of punching herself in the face, I can better see where the detractors are coming from, though I still maintain that she injects some loosey-goosey fun into a movie that sorely needs it. Had she gone on to appear in a slew of other acclaimed films over the next few years, this performance would be harder to second-guess; alas, she fell victim to the fabled Oscar curse, with 2005’s Cinderella Man being the only movie she’s made since that even flirts with respectability. (As far as I can determine, she hasn’t worked at all in three years—roughly since she turned 40, I predictably discovered upon checking her age.) As with Benigni, we can now point to the subsequent drought as proof that voters were deluded. Sue me, though—I still grin at Zellweger’s unapologetically spirited delivery of choice lines like, “Oh, he’s so full of manure, that man. We could lay him in the dirt and grow another one just like him.” 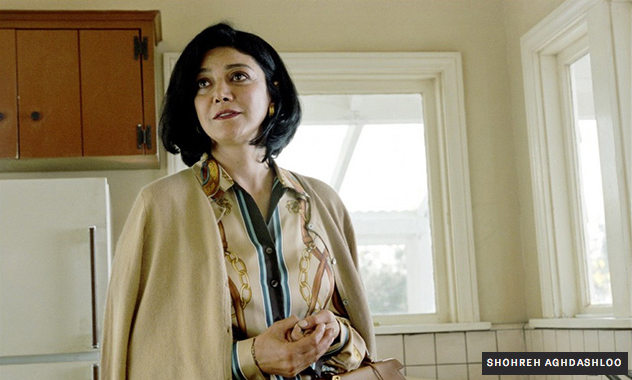 Recently, Indiewire’s weekly poll asked whether critics should give out awards at all. I forgot to reply, but my answer would have been “yes,” and here’s a perfect example of why I think it’s a useful game to play, even though I’m frequently underwhelmed by the winners. Like Cold Mountain, House Of Sand And Fog is an adaptation of an acclaimed novel, but it was directed by an unknown first-timer (Vadim Perelman) rather than an Oscar winner, and while it has two stars in Jennifer Connelly and Ben Kingsley, Shohreh Aghdashloo had no profile whatsoever in America. What’s more, much of her performance is in subtitled Farsi. Not obvious Oscar material, and I suspect it was largely attention from critics (see also LAFCA, below) that landed her a nomination that year. To my mind, she’s held back from greatness by the role, which provides her with plenty of opportunities for fiery displays of emotion, but is still fundamentally a pleading-wife part, consisting mostly of entreaties for her husband (Kingsley’s proud ex-colonel) to be more reasonable.

But it’s rare to see an actor this talented appear onscreen seemingly out of nowhere so late in life—she was 51 at the time, and had spent years honing her craft in the theater, unwilling to play stock Middle Eastern villains—so her presence has the unexpected force of a revelation. It helps that she plays the one character in the movie who doesn’t ultimately come across as a complete headcase. Since this moment in the sun, Aghdashloo has worked steadily, turning up everywhere from 24 to X-Men: The Last Stand; even if she never lands such a significant role again, the recognition gave her a TV/film career.

L.A. concurred with N.Y.—notably, none of the major critics’ groups gave their prize to Zellweger—so I’ll use this space to discuss a couple of the other Oscar nominees that year. Previous winner Marcia Gay Harden got a nod for her turn in Clint Eastwood’s Mystic River, a film chockfull of ostensibly great acting that I would argue, controversially, is in fact borderline-terrible acting. Tim Robbins, an actor I usually like, will be the subject of my disdain at a later date; ditto Sean Penn, whose performance I frequently mock using the modified cry, “Is that my Oscar in there?!?”

Harden didn’t win, thankfully, and she’s marginally less overbearing than her male Mystic River co-stars, but she’s still telegraphing every emotional beat in her character’s gradual journey from fierce loyalty to anguished suspicion. (I blame Eastwood, for whom subtlety is not a major concern.) More impressive is Holly Hunter, also a former winner, who received her fourth career nomination as an unconventional mom struggling to keep tabs on her daughter in Thirteen. The movie, meant as a cautionary tale, is a near-constant parade of hyperbolic phoniness, but Hunter gives it a sheen of respectability by embodying a troubled woman (recovering alcoholic, general shitkicker) who’s determined not to be a meddlesome parent, but is also genuinely concerned about her child’s welfare.

Her struggle to straddle the line between friend and mother is the sole aspect of Thirteen that feels genuine, which makes it all the sadder—you may note a recurring theme here—that Hunter hasn’t appeared in a notable film since, apart from voicing Elastigirl in The Incredibles. (She’s apparently in Terrence Malick’s next picture, but as part of a nearly Robert Altman-sized ensemble.) Must they all out be put to TV pasture? 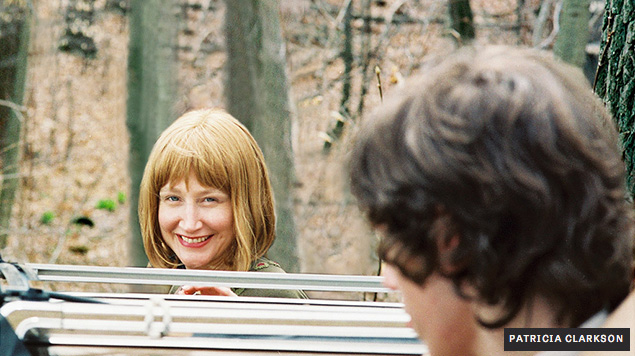 Remarkably, this was the second consecutive year the NSFC awarded this prize to Clarkson, having previously honored her canny work in Todd Haynes’ Far From Heaven. AMPAS screwed this one up, nominating her solely for Pieces Of April, a dopey Sundance “dramedy” (I hate that word, but this film qualifies in spades) that encourages her worst instincts; her character is dying of cancer, but spends much of the movie doing wacky stuff like pretending to have terrible news to convey, or telling the family about her lust for a fictional rapper named Smack Daddy. Uh-huh.

Fortunately, she’s terrific in The Station Agent (though not as terrific as future Game Of Thrones star Peter Dinklage, who was ignored), playing a recently separated artist who befriends the title character and then undergoes a severe battle with depression. Writer-director Tom McCarthy (Win Win, The Visitor) has his weaknesses, but working with actors isn’t among them, and he hands Clarkson one of the juiciest roles of her career, first letting her embody a ray of sunshine in a mopey protagonist’s life without asking her to hit the joie de vivre throttle, then letting her do an entirely credible about-face that serves as the movie’s emotional fulcrum. It seems it was too complex and nuanced for Oscar voters, who inexplicably preferred her broad April antics. (Both premièred at Sundance that year, so it’s not as if one had a bigger budget or a higher pedigree.) I’d like to think the NSFC cited both films as a sort of formality, just to avoid having to answer dumb questions about why they’d chosen the “wrong” film. If only some group had done that in 2013 for Anne Hathaway in Les Misérables and The Dark Knight Rises… 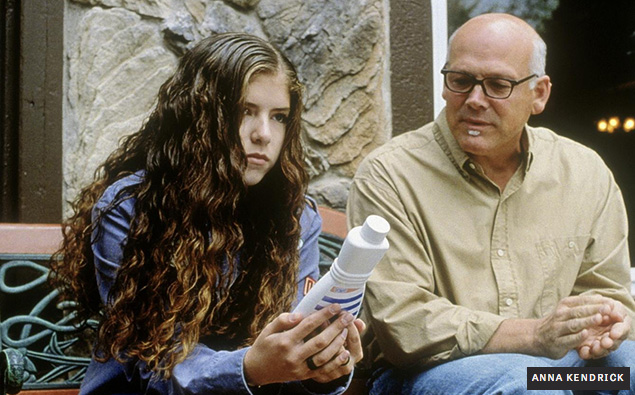 When I was 8 years old, I saw Bugsy Malone in its original theatrical run. Even at that tender age, I could tell that Jodie Foster was operating on a completely separate plane from all of the other child actors; her lip-syncing alone put the rest of the cast to shame. That experience came back to me while watching Camp, Todd Graff’s tribute to the performing-arts summer program Stagedoor Manor, where he (along with folks like Natalie Portman, Robert Downey Jr., and Jon Cryer) was first bit by the acting bug. The movie is decent fun, the kids are all perfectly fine… and then Anna Kendrick shows up as gawky, ambitious Fritzi Wagner, and makes everybody else look like they really are performing at a summer camp by comparison.

I didn’t know then that Kendrick, who was all of 18 at the time, was already an award-winning musical-theater star (nominated for a Tony at age 12!); I just knew she had more talent and charisma than the rest of the ensemble put together. Her performance of Sondheim’s classic “The Ladies Who Lunch” is a genuine show-stopper, not just in the context of the narrative (which sees the staff stare in wonder at Fritzi’s unexpected poise and pipes), but in the context of the movie itself. Over the course of the 15 years I’ve worked as a film critic, I’ve seen only a handful of unknown actors who instantly struck me as future stars; I was so confident that Kendrick was going to be huge that I predicted—on a private message board, alas, otherwise I’d impress you with the evidence of my savvy—that she would be Oscar-nominated within five years. I missed it by one, as Up In The Air didn’t come out until 2009. If musicals were still a significant Hollywood genre, however, I doubt it would have taken so long.