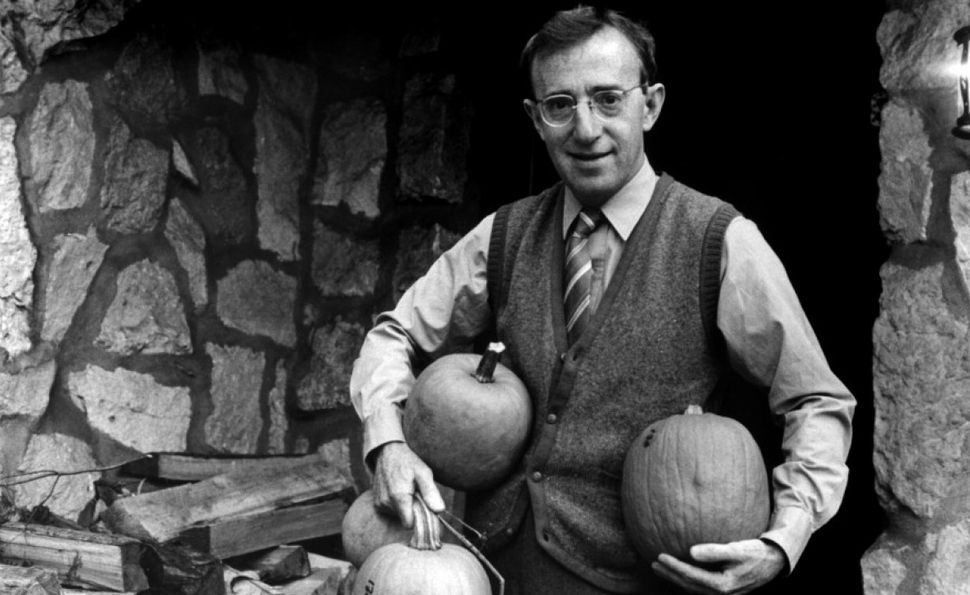 When Zelig was released in 1983, writer-director Woody Allen explained to New York Times critic Michiko Kakutani why he designed it as a mockumentary rather than a conventional narrative film. The character Allen plays in the film, Leonard Zelig, has a supernatural ability to blend in with the people around him, but Allen isn’t much interested in how that affects him as a person. “One doesn’t want to see this character’s private life,” he said. “One’s more interested in the phenomenon and how it relates to the culture. Otherwise it would just be the pathetic story of a neurotic.”

It’s easy to cast that quote mentally—particularly the last phrase—in Allen’s familiar, idiosyncratic speaking voice. “Pathetic” and “neurotic” are old favorites in his vocabulary, generally delivered with the caustic emphasis of a man who’s spent nearly 50 years as a director, and longer as a writer and comedian, exploring neurosis, dysfunction, and despair of various stripes. His portrayals are generally self-disparaging, but wryly sympathetic—there’s no particular malice in calling Leonard Zelig “pathetic,” given how many of Allen’s characters let viewers recognize their own problems, cranked up to laughably intense levels so they can feel empathy from a safe, superior remove. But in this particular case, Allen was less interested in winning viewers’ sympathy—or even making them laugh—than in showing how the pathological urge to conform causes problems more often than it cures them.

Zelig is framed as a 1980s documentary looking back into history, with talking-head interviewees like Saul Bellow and Susan Sontag playing themselves, commenting on the 1920s phenomenon of Leonard Zelig, known as “the human chameleon.” Zelig’s ability to assimilate seamlessly into any social group is first noticed by F. Scott Fitzgerald, who watches him at a 1928 party and sees how he changes political opinions, accent, and vocabulary, depending on whether he’s talking with the literary guests or the household servants. Once outed, Zelig is studied by scientists, who notice that his transformations are physical as well as behavioral: Placed between two fat men, he rapidly sprouts a huge belly. Sitting in with a jazz band, he not only becomes black, he develops the ability to play trumpet. Zelig’s chameleon ability is involuntary and instinctive, and it lets him blend in equally well with different races, classes, and professions. (It doesn’t work with women, however; the film notes that in passing but doesn’t explore why, though it’s almost certainly so Allen didn’t need to address complicated questions about Zelig’s sex life, or spend half the film in drag.)

Allen takes full advantage of the novelty-hungry, fad-driven culture of the 1920s, turning his character into an instant minor celebrity, midway between a movie star and a circus freak. Zelig spawns a minor merchandising craze, a chameleon-themed popular dance, and a series of novelty songs, including “Chameleon Days,” performed in the movie and over the closing credits by Mae Questel, voice of the original Betty Boop.

But in spite of the way the culture embraces him, Zelig is still confused and unhappy, which Allen designed as a personal acknowledgement that fame and fortune don’t magically create contentment. Zelig has a particularly cynical outlook on public approval; like Allen’s filmmaker character Sandy Bates in Stardust Memories, perpetually hearing from the public that his early, funny movies were much better than his current serious work, Zelig has to deal with a fickle fandom. When it turns out that he’s married several women under different names and while in the grip of different personalities, he abruptly turns from public hero to public menace.

It takes determined psychiatrist Eudora Fletcher (Mia Farrow) to unravel why Leonard Zelig mirrors the appearance and behavior of people around him. Under hypnosis, he admits that he does it to blend in and feel safe, to avoid the bullying and contempt that plagued his childhood. Allen has made therapy into a running theme and punchline throughout his career, but in Zelig, he takes an unusually positive view of its efficacy and its practitioners. The era doesn’t have much respect for a “woman doctor” (her colleagues and her own mother dismiss her out of hand, while a newsreel about her attempts to cure Zelig patronizingly exults that she’s “pretty, too!”), but the film sees her as the one person who cares about Zelig both personally and professionally, with a dedication that outlasts the public’s intense but fleeting interest. When, in the ultimate act of self-betrayal—particularly for a Jew—he assimilates into the Nazi party as one of Hitler’s brownshirts, Dr. Fletcher is the one to call him back to his senses and bring him home, to a cure and to a sustaining, supportive relationship. For once, therapy isn’t just a thinly veiled excuse for navel-gazing and snitty humor, as it is so often in Allen’s work: Here, it’s a lifeline to self-respect and a personal sense of worth and identity.

Allen’s work has always been obsessed with neurotic anxiety and the effort to find comfort and satisfaction in the world, whether through professional success, philosophy, therapy, romance, family ties, unconventional found-family ties, or even time travel. But Zelig takes the theme further than most. The title character is so racked with anxiety that he instinctively hides by mimicking anyone near him, no matter how repulsive their beliefs or actions. In treatment with Dr. Fletcher, he mimics her, claiming to be a psychiatrist himself—and missing, in his efforts to fit in, that in some ways she’s lost and confused, too. She only breaks down his barriers by pretending to be uncertain and fearful. Without a safe, secure identity to model, he rapidly breaks down.

All of which sounds dire and sad. But while Zelig isn’t primarily a comedy, it’s still a funny film, with plenty of Allen’s Borscht Belt-style one-liners thrown in as incidental humor. (“I have an interesting case,” he says while in faux-psychiatrist mode. “I’m treating two sets of Siamese twins with split personalities. I’m getting paid by eight people.”) There are visual gags as well, as when a team of chiropractors take on Zelig’s case and leave him looking mildly perturbed and discomfited, with the upper half of his body rotated 180 degrees from the lower half. And Allen mines his usual humor from awkwardness and embarrassment: Under hypnosis, Zelig bares his soul to Dr. Fletcher, but part of that involves explaining, in excruciating detail, what he really thinks of her cooking.

At the same time, Zelig’s humor operates on a more elevated level. It satirizes the idea of popularity, via an unreliable public that idolizes Zelig as a diverting novelty, but is just as willing to enjoy the diversion of despising and denigrating him, and inventing exaggerated crimes for which to blame him. Zelig satirizes conformity, pointing out that its ultimate end is blind acceptance of fascism. And it satirizes the fantasy of fitting in, suggesting that anyone who’s willing to give up a personal identity just to be liked is trading something unique for something essentially valueless.

But while the film is simultaneously schticky and intelligent, it’s playful and clever in both modes. Allen plays with complicated conceptual layers, with a conceit that literalizes the narrative’s mimicry theme by expertly mimicking 1920s newsreels and 1980s documentaries. It’s jokey, but artful in its execution, with Allen all but disappearing into contemporaneous news photos and footage, Forrest Gump style.

And Zelig is funnier and more insightful than Allen’s usual explorations of his pet obsessions. So many of the anxious, miserable Allen-surrogates in his movies rail ineffectually or wearily against society, individuals, institutions, and the fundamental absurdity of life. Leonard Zelig just quietly tries to fit in. He’s celebrated for it, and he reaps the benefits, from fame to eventual escape from the Nazis, whom he evades by successfully mimicking Fletcher’s piloting ability: As the film puts it, his sickness is his salvation.

But he learns the repercussions the hard way as well, and eventually retires from public life, having given up his transformative powers by deciding to accept and live with his own identity. That’s an unusually pat and positive ending for an Allen movie. But perhaps Allen was willing to give him a happy ending because it emphasized that Zelig learned his lesson; Allen might say the character “relates to the culture” best via a clear indication that he found contentment when he stopped trying to find it by fitting in. For once, Allen had to let his pathetic neurotic find a path to sanity in order to fully make his point.

Our Movie Of The Week discussion continues tomorrow with a staff Forum about Zelig’s style, its use of irony and period details, and its view of assimilation.