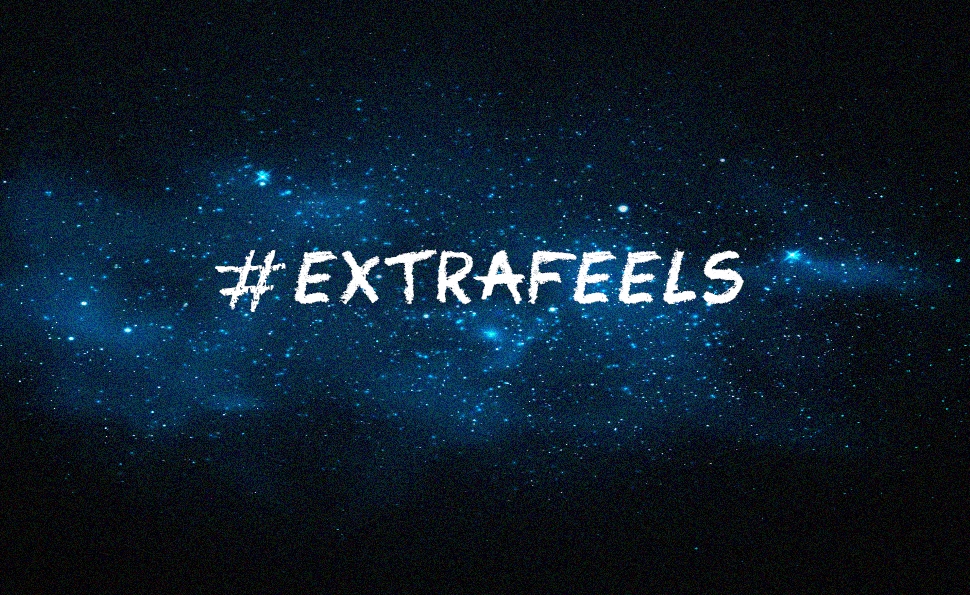 Love in the time of #extrafeels

You can’t fall in love at a McDonald’s.*

I don’t remember much about Jonathan Nossiter’s 2000 film Signs & Wonders, outside of Charlotte Rampling’s typically lovely performance and a game attempt to make digital video look less vomitous, but that sentiment has stayed with me. Here and in his later documentary about the wine business, Mondovino, Nossiter had become obsessed with globalization and corporate creep, and throughout the film, his camera drifts to the McDonald’s, Pizza Hut, and KFC franchises that were rebranding the ancient city of Athens, Greece. You can’t fall in love at a McDonald’s, Nossiter implies, because love thrives on intimacy and specificity, which is not to be found in the antiseptic environs of a fast-food chain with 35,000 locations worldwide. When Athens, Greece becomes indistinguishable from Athens, Georgia, the argument goes, these locales lose their unique flavor and any sentiments expressed in one place or the other have the same salty ambience.

(* Exception: You can fall in love at a McDonald’s, provided that it’s being shot by Wong Kar-wai.)

One of the problems with being immersed in popular culture is the “popular” part, of having to share everything with the scores of other people who are experiencing it in the same way—or, worse yet, experiencing it in a way that makes you cringe. This isn’t a problem with blockbuster entertainments like Godzilla or The Amazing Spider-Man 2, which are so explicitly designed for mass consumption that the McDonald’s metaphor isn’t a metaphor, but a Happy Meal tie-in. Even if you feel passionately about them one way or another, there’s nothing incongruous about their relentless marketing and promotion, or in the way they’re processed by the culture at large. Hollywood’s increasing addiction to big films—those $200 million gambles that can pay off here and internationally—has created an environment where smaller films, and smaller gestures within those films, are made to look grotesquely out of place.

Take Brokeback Mountain, which isn’t quite a Hollywood production, but found its way into popular culture. On its merits, Ang Lee’s adaptation of Annie Proulx’s short story is an exquisite tale of doomed romance, following a long tradition of star-crossed love stories in which a partnership is crushed by societal dictates. Lee and his collaborators, including two big-name stars in Heath Ledger and Jake Gyllenhaal, knew full well that they were releasing the film to a culture rife with bigotry and violence against gay people; after all, Brokeback Mountain was only seven years’ distant from the Matthew Shepard murder, and set in the same tough Wyoming locale. But as someone who cares deeply about this tragic love affair in all its particulars—as a movie, not an event—I longed for a time when Brokeback Mountain was freed from its hijacking as a political talking point or, worse yet, it’s relentless meme-ification.

There were countless Brokeback Mountain parody trailers (some good) and “I wish I knew how to quit you” spoofs (some funny), and the final indignity of an unsuccessful Oscar campaign against Crash. I had the privilege of seeing the film at the Toronto Film Festival, when “I wish I knew how to quit you” was a piercing dramatic moment, a cry of desperation from a young cowboy (Gyllenhaal) who can’t convince his lover (Ledger) to abandon the charade of his straight life and bring their relationship out into the open. By the time Scary Movie 4 rolled around, the whole movie was just fodder, harvested of the things that made it special. Time would have to pass before the debates and memes stopped and Brokeback Mountain could reclaim itself as the tender, heartrending experience it is. And viewers could reclaim it as something that speaks specifically to them. Happily, the culture has Attention Deficit Disorder.

Which brings me to the curious case of The Fault In Our Stars, another small-scale doomed romance that’s not only being released in the middle of summer, but as the heavy favorite against a Tom Cruise sci-fi/action vehicle. Based on John Green’s lovely YA novel about cancer-stricken teenagers who meet at a church support group, the film could have easily been made for five figures instead of eight, and probably would have been the better for it. The greatest expense in the budget is a trip to Amsterdam, but even that could be fudged, especially if it took a dodgy scene in the Anne Frank House out of the picture. But the 20th Century Fox film we have has its merits, carefully (if too slavishly) following through on Green’s literate, oft-insightful weepie about the pleasures and agonies of loving someone who isn’t long for this world. In the book (and film’s) most poignant metaphor, heroine Hazel Grace (Shailene Woodley) calls herself a “grenade,” set to destroy the lives of anyone who comes near her. But the real truth is that her parents and her new boyfriend will have to live with pain, and learn how to resolve an equation that gives them the privilege of knowing Hazel for a short time and the ache of her absence.

In other words, #extrafeels. This was how a recent PR blast termed it when touting the final, extended trailer. One month later, Fox chairman Rupert Murdoch hailed the film on Twitter as an “amazing tearjerker,” which raised the question: How much do you want to embrace a film that gave Rupert Murdoch the feels? As a YA phenomenon, The Fault In Our Stars is an appealing anomaly, a story that’s not about a Chosen One-type doing battle in some oppressive future dystopia, but a modest weepie about the human condition. You could argue that it’s more artificial and commercial than it seems—Hazel’s love interest, Augustus Waters (Ansel Elgort), is the rare Manic Pixie Dream Guy—but it’s a death-haunted romance any way you slice it, and that’s rare. And it’s better and more honest than Love Story or a Nicholas Sparks adaptation, and that’s rare, too. 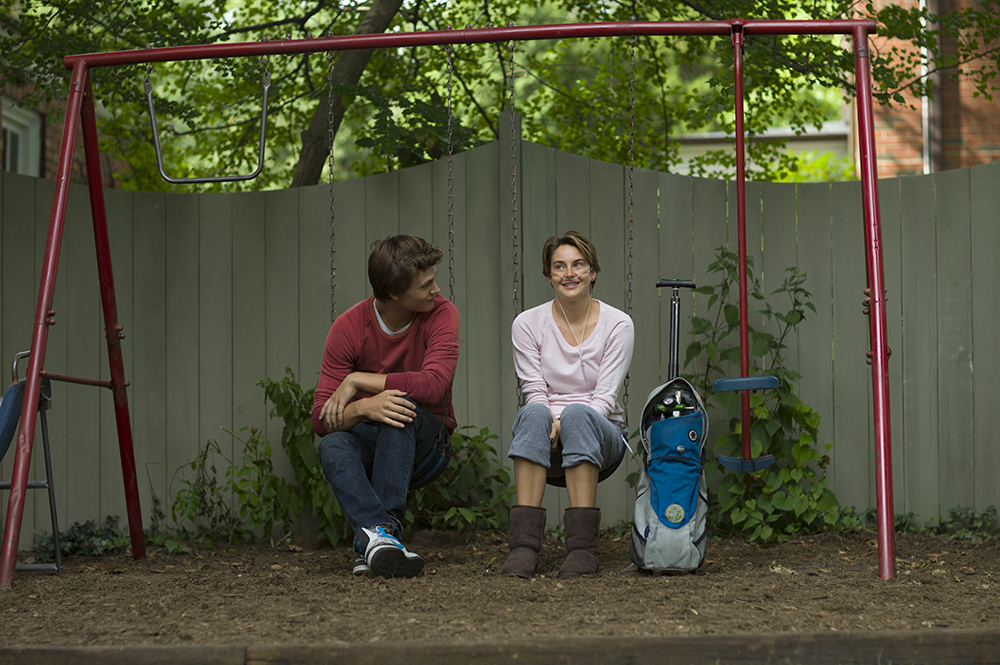 In the past, a movie like The Fault In Our Stars would might come out in the summer as a savvy piece of studio counter-programming, some scaled-down drama or comedy that could collect the overrun on whatever behemoth was opening that week. (One of my favorite features The A.V. Club ever did was to do a two-page, hype-filled spread on the most hotly anticipated summer movie of 1999: The Love Letter, with Kate Capshaw and Tom Selleck, which was up against a scrappy little picture on opening weekend called Star Wars: The Phantom Menace.) But studios don’t make savvy pieces of counter-programming anymore, because even a solid return on investment is little more than a fart in a windstorm, hardly worth the effort. The Fault In Our Stars got made because it rang the YA bell, so now we’re treated to the awkward spectacle of a small story entering a multiplex culture that only knows bigness. The spoofs and meme-ification are so inevitable, the studio itself is getting us started with a hashtag.

But as I wrote earlier, The Fault In Our Stars is an anomaly, not the first in a rush of Hollywood movies about kids with terminal cancer. For fans of the book—myself included—perhaps it can be an opportunity to reconcile yourself to the very nature of pop culture, which is that if you love something, you have to share it. Perhaps the power of those scenes that choked you up when you were reading the book alone in your bedroom will be affirmed by the chorus of sniffles in a crowded theater. Perhaps it’s okay that hundreds of thousands of people appreciate the intrepid, witty, real-keeping Hazel Grace just as much as you do. Or maybe you’ll be happy when it all goes away, McDonald’s turns back into a neighborhood bistro, and you can feel once again that this story was written just for you.