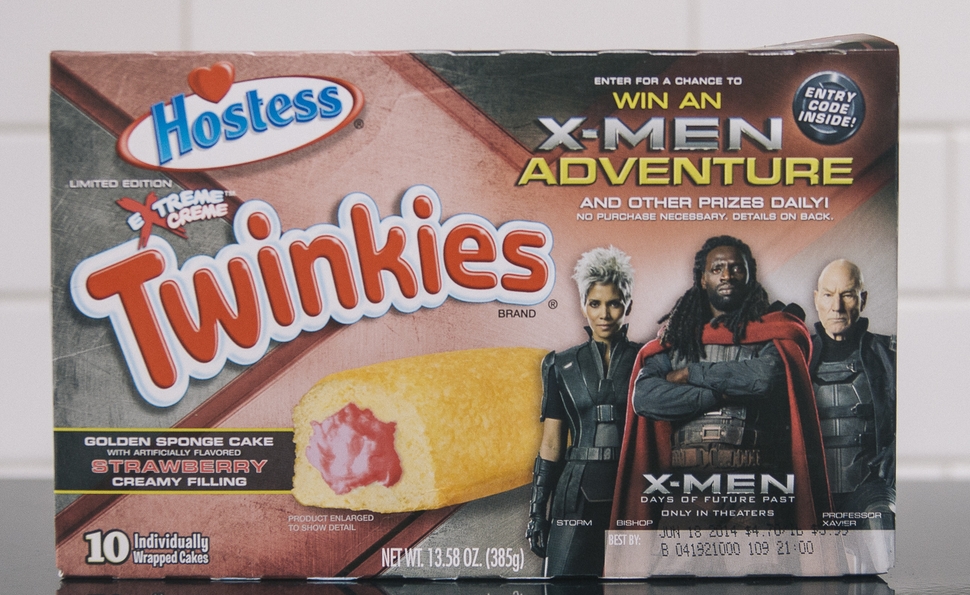 X-Men: Days Of Future Past inspires a mutant Twinkie for a mutant sequel

Almost as soon as the boxes started showing up on supermarket shelves again, the rumors followed. Something had changed. The size was different. The taste wasn’t right. They’ve changed the texture, haven’t they? These aren’t the Twinkies I remember.

When the industrial baking company Hostess Brands filed for bankruptcy in 2012, its products were unavailable for a short time, but no one in the media paid much attention to the loss of the Ho Ho or the Zinger. The focus was on the Twinkie: a staple of Americana, invented in 1930 and popularized after World War II, when the country was becoming more comfortable with “convenience foods.” By the 1980s—the era of the witheringly sarcastic stand-up comedian—Twinkies were well-known enough to become a symbol of American excess and tastelessness. The cakes had always been blandly sweet, texturally questionable, fattening, and so pumped full of chemicals that one common joke held that Twinkies and cockroaches were the only things that would survive a nuclear war. In the 2000s, though, Twinkies became semi-chic again, reclaimed by middle-Americans who deep-fried them at county fairs, and celebrated by ironists who made special trips from the city to Instagram themselves eating those fried Twinkies.

Twinkies were never going to disappear forever, because that’s not what well-known brands do. (Just ask the publishers of superhero comics, who’ve willfully and profitably killed off and resurrected every character who’s ever been on a child’s lunchbox or bed sheet.) But in some ways, Twinkies were better off dead. Boxes flew off the shelves after the bankruptcy was announced, and the Internet teemed with nostalgic odes to creme-filled sponge-cake. Then Hostess was purchased by a management group, the factory started making snack-cakes again, and no one is really talking about Twinkies anymore, except to complain on the Internet that the new owners of Hostess are obviously cutting corners, making a smaller cake with cheaper ingredients.

There’s no evidence that the Twinkie recipe has changed significantly since the bankruptcy, although the cake did get smaller, and did undergo a change in the preservative formula before the sale. But then, Twinkies have changed regularly since 1930. The creme filling was originally banana-flavored, and switched to vanilla after WWII. Hostess experimented with a swirl of strawberry jam in the 1980s. Lately, the Twinkies line has joined the “limited edition” craze that’s seized nearly every major American snack-food brand, leading to Oreos that taste like birthday cake, M&Ms laced with “strawberried” peanut butter, and the most pernicious of the snacking trends, the “mystery flavor.” (The greatest trick the devil ever pulled was to convince people to eat experimental Doritos.)

The changes to Twinkies haven’t been that egregious. There’s been a Twinkie with chocolate creme filling. The original banana flavor came back for a limited time. Even this summer’s line of X-Men: Days Of Future Past “eXtreme creme” Twinkies—available with either a pinkish strawberry filling or a bluish raspberry filling—makes a certain amount of sense, and not just because those flavors are a natural fit. There’s something apt about an alliance between Twinkies and X-Men, two brands that know a lot about mutations and revivals.

The X-Men’s first big change came relatively early. Writer Stan Lee and artist Jack Kirby created the X-Men in 1963, during the first wave of Marvel heroes, when Spider-Man, the Fantastic Four, and The Avengers (and all their attendant solo adventures) were so successful that they affected the way superhero comics were made and received. The X-Men—a team of squabbling, angsty teenage mutants, led by a wheelchair-bound telepathic professor—didn’t connect as broadly until after the Vietnam War, when Marvel changed the formula. In 1975, writer/editor Len Wein introduced “all-new, all-different” X-Men, bringing in stranger-looking heroes with complex, international backstories: the weather-controlling African orphan Storm, the conflicted Soviet metal-man Colossus, the playfully demonic German teleporter Nightcrawler, the violent Canadian amnesiac Wolverine, and more.

Much of the personality and history of these new X-Men is attributable to writer Chris Claremont, who grew up with the Lee/Kirby Marvel, and had internalized their Silver Age combination of epic, sometimes “cosmic” storytelling and down-to-earth soap opera. Claremont’s X-Men stories are relentless. In his version of the team, the mutants tumble headlong from one deadly situation to the next, losing and gaining members unexpectedly. That tireless momentum alone set The Uncanny X-Men apart from other Marvel titles during the 1970s, at a time when superhero comics were making dreary stabs at social relevance. And once Claremont teamed up with the polished, dynamic artist John Byrne in 1977, X-Men became the best-looking, best-plotted superhero comic on the stands. By the time Byrne left the book in 1981, it was also the most popular.

One of the last of the Claremont/Byrne X-Men stories is the two-part “Days Of Future Past,” which ran in X-Men #141 and #142, in January and February of 1981. The first X-Men comic I ever bought, at age 9, was #138 (a good place to start, since that one issue recapped the entire story of the team), so the “Days Of Future Past” story was one of the first big X-Men sagas I experienced as it was published, and it just about broke my tiny brain. Jumping back and forth between a dystopian future and the present day—as a middle-aged Kitty Pryde tries to change her past by jumping into the body of her teenage self—“Days Of Future Past” suggested long-ranging, Marvel-changing implications for the X-Men’s adventures, and lent poignancy to the younger X-Men by showing what might become of them. Before becoming an X-fan, I was a voracious reader of Justice League Of America comics, and I recognized in “Days Of Future Past” some of the universe-colliding power of JLA’s yearly “Crisis On…!” stories, which had always been my favorite. But the X-Men spin on the concept didn’t restore everything to normal at the end. If anything, the story left the impression that the dark future timeline was inevitable, and irreparable.

I must’ve read those two issues at least a dozen times throughout my youth, which is why this summer’s X-Men: Days Of Future Past movie was one of my most anticipated films of the year—and maybe why I found it so disappointing. The basic premise of the comic-book story remains intact, and the movie contains a handful of dazzling scenes and strong performances. And yet this Days Of Future Past feels strangely small. The supporting characters crowd out the main cast, and both of the movie’s worlds, the future and the “present day” (actually set in the 1970s) are merely places the audience drops into for a visit. This Days Of Future Past is light on ramifications. 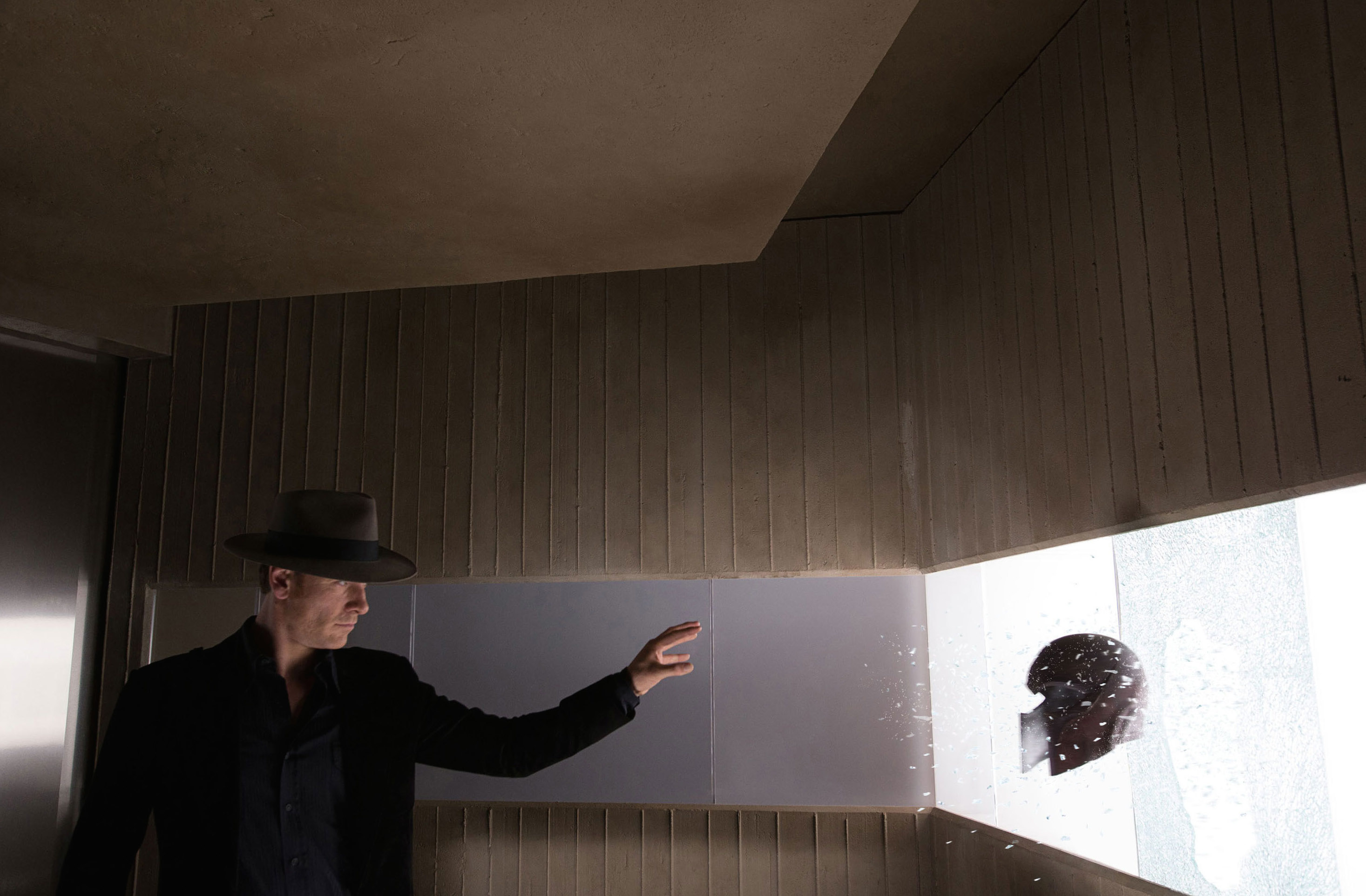 I don’t want to go all fanboy here and say “These aren’t the X-Men,” because fidelity isn’t always the supreme goal of adaptation. Even though I didn’t recognize much of my “Days Of Future Past” in this Days Of Future Past, the same could be said of the film’s 2011 predecessor, First Class—which is more of a 1960s international-caper picture than an X-Men story. And I really liked First Class, which has its own understanding of who the characters are, and puts them together in a way that makes them good company. I would’ve been happy with Days Of Future Past as a sequel to First Class, but while many of the actors return, the tone is significantly different. The camaraderie and élan of the earlier film is gone, replaced by heaviness and moping. Some of the change in approach is dictated by a story that involves super-powered robots exterminating all mutantkind. But that’s just the future half of the original “Days Of Future Past.” The Claremont/Byrne story has more brightness and levity in the present-day storyline than the movie version does.

To be fair, X-Men: Days Of Future Past is one of the damnedest sequels ever made. To replicate the bifurcated structure of the comic, the movie functions as both a sequel to First Class (for the 1970s storyline) and to 2006’s X-Men: The Last Stand (for the future). So Days Of Future Past doesn’t just have to function as an adaption of one of the best-remembered, best-loved superhero comics arcs of all time; it has to integrate the trilogy of X-Men movies that began in 2000 with a 2011 reboot. And writer Simon Kinberg and director Bryan Singer are hardly the first people to make “Days Of Future Past” their own. In the comic book, the future and present come together when the consciousness of Kitty Pryde is projected between eras, while in the movie, it’s Wolverine who time-travels; and in the 1993 X-Men: The Animated Series version of “Days Of Future Past,” the character Bishop makes the trip. That animated version is also different in approach from the Claremont/Byrne comics, featuring more of the bulkiness and grit of early-1990s comics and cartoons.

Superhero fans talk a lot about “continuity,” referring to how the major publishers have tried over the years to treat decades of comics as one long story. But because different writers and artists come and go, “continuity” in the traditional sense gets broken all the time. A new artist means a change in appearance for the characters and their world—sometimes minor, sometimes major—and a new writer means different kinds of tweaks, and new storylines that might push the characters further from where they began, like one epic game of Telephone. There’s a fine line, always, between a creative team putting its personal stamp on a property, and that team arrogantly presuming it knows better than the people who invented it. (Yet not putting a personal stamp can be worse; think of the Harry Potter films, where by and large the more faithful adaptations are the weaker ones.)

But to what, exactly, is X-Men: Days Of Future Past supposed to be faithful? First Class? The Last Stand? Byrne and Claremont? X-Men: The Animated Series? The countless times Marvel has returned to the future universe of “Days Of Future Past” over the years for new comic-book stories? Complicating matters, Days Of Future Past marks a return to the franchise for Singer, who made 2000’s X-Men a solid hit at a time when the major studios weren’t sure superheroes were viable on the big screen. He then won over most of the remaining skeptics with the more complex (and more financially successful) X2 in 2003. Singer didn’t grow up an X-fan, and reportedly saw it as his job to make superheroes palatable and relevant to people with no investment in the comics. Days Of Future Past is an adaptation of a fan-favorite storyline, but it’s also the new film by the director who first introduced brooding, leather-clad X-Men to a large swath of the moviegoing public. 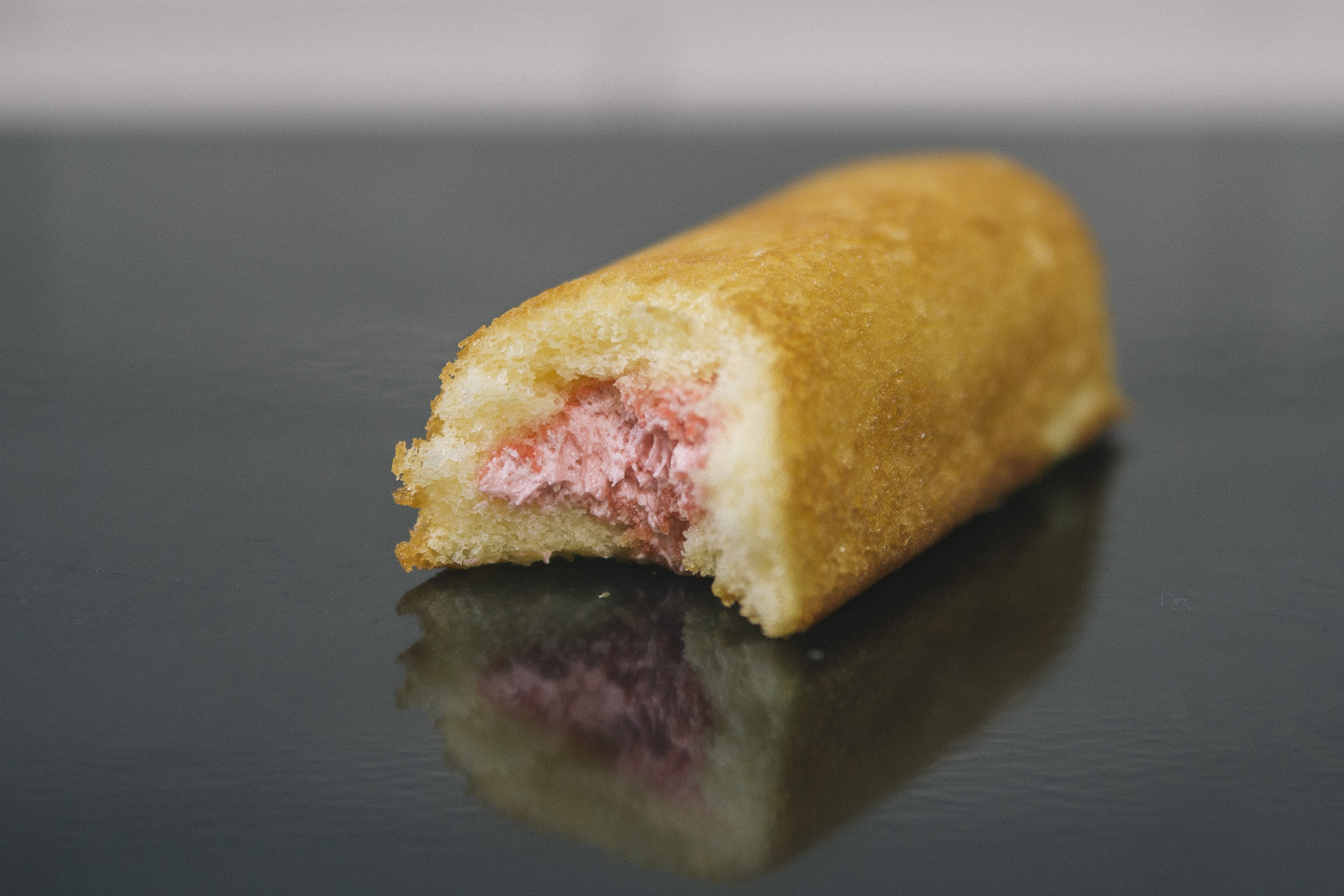 So here’s this Twinkie. The creme seems stiffer than a typical Twinkie—less like oozing Cool Whip, and more like Marshmallow Fluff. It’s also a sickly pink color, and tastes only faintly of the strawberry flavor promised on the box. This is a product that should work in theory. Sponge cake, creme, strawberry: That would be a winning combination if I were to whip up a homemade version in my kitchen. But the eXtreme creme Twinkie was made in a factory, using chemicals to approximate freshness, with none of the endearing hand-crafted quality. Plus, this Twinkie is fighting against my memories of what a Twinkie should feel and taste like. I don’t eat Twinkies often, so over the years, I’ve created an ideal Twinkie in my head, based on vague memories of brown-bag lunches, summer picnics, and college snack-runs. This unpleasantly sticky, Pepto-pink cake-tube doesn’t seem like a Twinkie.

So it goes. Things change.