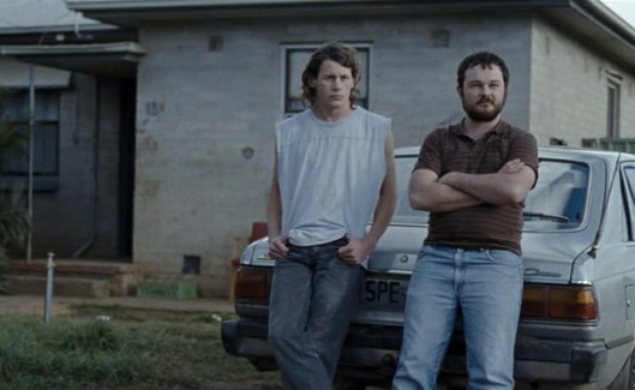 I’ve never met director Justin Kurzel or screenwriter Shaun Grant, but I imagine them to be two deeply twisted individuals. Their 2011 indie horror film Snowtown remains the most disturbing movie—nay, the most disturbing thing, period—I’ve ever seen in my entire life. Based on real crimes committed in Snowtown, Australia in the 1990s, Kurzel’s 2011 directorial debut is bleak, brutally violent, and harrowing on every possible level, an unflinching stare down the gaping maw of the unsympathetic and chaotic universe. This movie has everything: pedophilia, homophobia, abuse, unrepentant serial killing, sadistic torture scenes, misguided vigilantism, svengalism, animals being pointlessly slaughtered, and a gloomy color palette just to make everything seem extra terrible. It’s a great movie, if you like movies that make you want to tear off your clothes and burn down your house and run screaming into the woods, never to return to human civilization. Which is why it’s both wonderful and horrifying to learn that Kurzel and Grant are teaming back up for a new project.

According to IF, for their next trick, Kurzel and Grant will yet again adapt a story of true Australian crime: Peter Carey’s Booker Prize-winning novel The True History Of The Kelly Gang. The book is based on the tale of Ned Kelly, a legendary 19th-century Australian outlaw who was beloved by the “lowly class of ordinary Australians” for defying the authority of the English, but despised by the police for doing so by murdering and robbing people. Carey’s novel is written from the perspective of Kelly as he flees from the fuzz, in a style that the book’s summary describes as “semiliterate but magically descriptive.” Okay! Here’s the full summary, courtesy of Amazon:

“In True History Of The Kelly Gang, the legendary Ned Kelly speaks for himself, scribbling his narrative on errant scraps of paper in semiliterate but magically descriptive prose as he flees from the police. To his pursuers, Kelly is nothing but a monstrous criminal, a thief and a murderer. To his own people, the lowly class of ordinary Australians, the bushranger is a hero, defying the authority of the English to direct their lives. Indentured by his bootlegger mother to a famous horse thief (who was also her lover), Ned saw his first prison cell at 15 and by the age of 26 had become the most wanted man in the wild colony of Victoria, taking over whole towns and defying the law until he was finally captured and hanged. Here is a classic outlaw tale, made alive by the skill of a great novelist.”

Clearly, Kelly was and remains a polarizing figure—some see him as a Robin-Hood-esque folk hero, while others see him as a person who did a lot of murdering. Others still see him as very attractive, as he’s been played by both Heath Ledger in 2003’s Ned Kelly and Mick Jagger in 1970’s Ned Kelly. What we can all agree on, though, is that Grant and Kurzel (who’s gearing up to promote his Michael Fassbender- and Marion Cotillard-starring Macbeth this fall, and will direct the pair yet again in Assassin’s Creed) are likely going to tell the darkest, most unsettling possible version of Kelly’s story, one that will peel back the thin veneer that separates civil society from utter pandemonium and drive us all into a profound and unshakeable existential panic. I, for one, can’t wait.