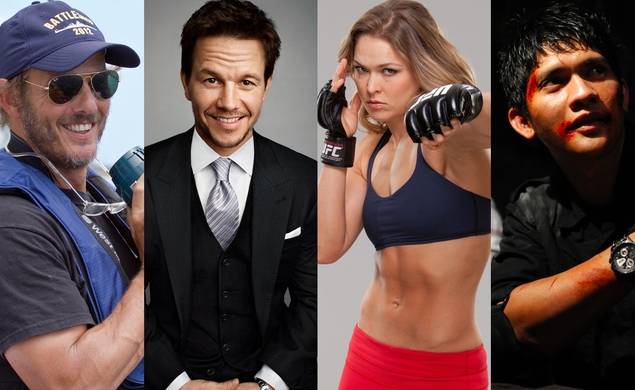 Not to play the overbearing parent, but it seems like director Peter Berg may be spreading himself a little thin. He’s currently in the process of shooting Deepwater Horizon, a dramatization of BP’s oil-rig fiasco starring Berg’s Lone Survivor leading man Mark Wahlberg. (Berg took over for J.C. Chandor, who left the project in February.) A month after agreeing to direct Deepwater Horizon, Berg floated the tantalizing prospect of a documentary about Barbadian pop star/Mads Mikkelsen up-beater Rihanna for his production shingle Film 45. Way back in November, Dimension hired Berg to handle a modern-day update of The Six Million Dollar Man called, regrettably, The Six Billion Dollar Man. And a new scoop today reveals that Berg’s got yet another project in the works, which invites the question: What’s going on here? Does Berg not have loved ones? We saw Battleship too, but damn, that’s cold.

At any rate, THR announced today that Berg is in negotiations to direct a new action film called Mile 22. The film will reunite him with his Lone Survivor and Deepwater Horizon muse Mark Wahlberg, placing him in the role of a CIA agent with a deadly mission: transport a compromised informant 22 miles from the heart of the Indonesian city in which they met to the nearest airport. THR’s item notes that the film will take a martial-arts-centric approach to the action genre, and so Berg has accordingly casted lethal Raid 2 star Iko Uwais along with Entourage star/MMA queen Ronda Rousey in the film. Berg will shoot from a script written by TV stalwart Graham Roland, whose credits include Fringe and Lost.

Berg’s recent work hasn’t been especially stirring, but it’d be pretty hard to foul up what sounds like Ronda Rousey and Iko Uwais beating the snot out of Marky Mark in some kind of loose Chasers riff. Whether the film will be good, bad, good-bad, or bad-good has yet to be seen, but one thing is certain: A whole lot of Indonesian faces are about to get punched.