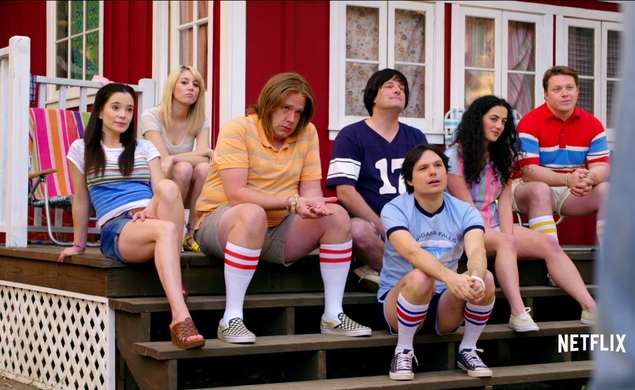 We’ve shown you a couple of teasers from the impending Wet Hot American Summer prequel series produced by Netflix, which will premiere on the site at the end of the month—one that served the sole purpose of confirming that the entire original cast of the film is returning, the other shot as a VHS promotional advertisement for Camp Firewood, where it takes place. Now, for the first time, there’s some real footage from the series to sink your teeth into. Watch out—there’s jokes in there!

Wet Hot American Summer: First Day Of Camp finds all of our heroes from the film—really, all of them, even several who have become huge stars—at Camp Firewood on, well, the very first day of camp. One of the overarching jokes of the film, of course, is that everyone looks way too old to be at this camp for teenagers, and now that joke has been heightened, and furthermore verbalized by H. Jon Benjamin at the beginning of the trailer, as he directly addresses a group of 40-year-olds as being “16 or 17 years old.” The David Wain-y humor continues throughout the trailer, with Christopher Meloni as the camp’s humble chef revealing a glimpse of his dark past, Paul Rudd talking about his “long, greasy dick,” a “bloop” sound effect when someone removes their diaphragm, and Michael Showalter as Ronald Reagan punching a guy in the face a bunch of times.

The cast would be incredible even if Wain had merely assembled the original players, but with everyone he’s added, it’s completely bonkers. See the main list below, but note also, in roles of varying significance, Judah Friedlander, Chris Pine, Jon Hamm, Jason Schwartzman, Kristen Wiig, John Slattery, Josh Charles, Lake Bell, Michael Cera, Jordan Peele, H. Jon Benjamin, “Weird Al” Yankovic, and, again, Michael Showalter as Ronald Reagan, because that’s hilarious, will all appear, along with several others. There are just way too many to list here. Keep an eye out for everyone below: 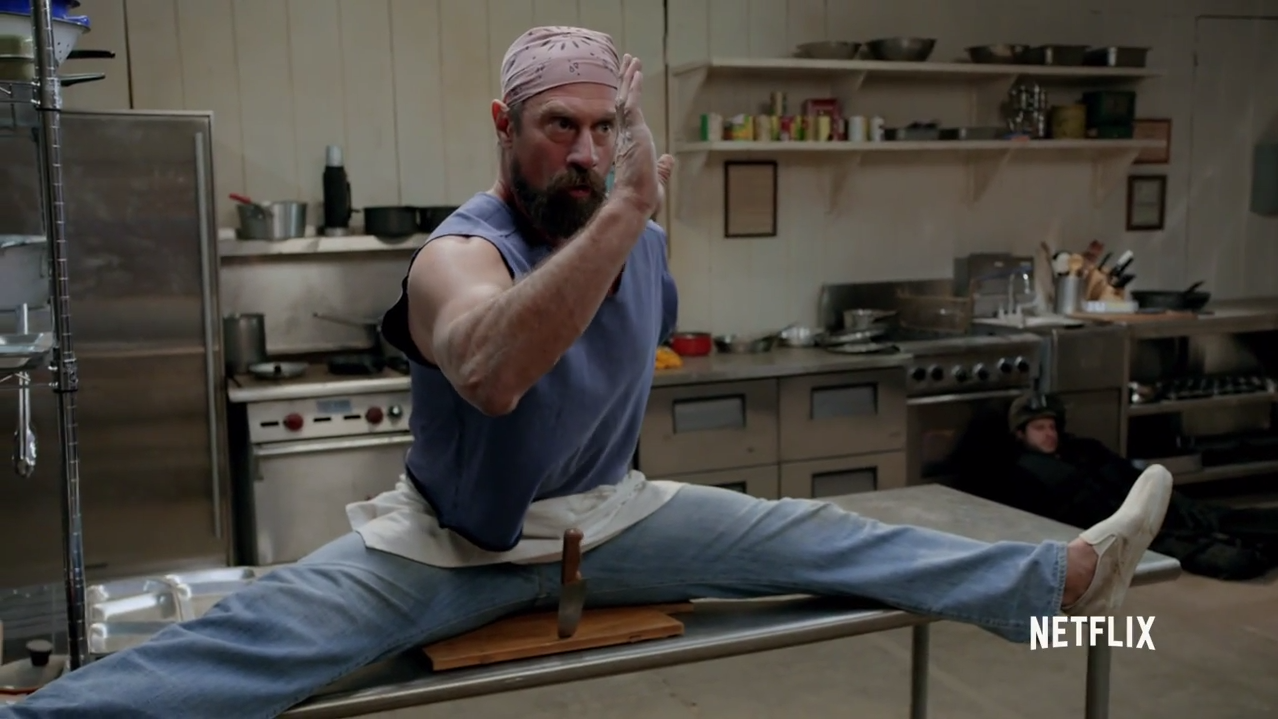 Prequels can of course be risky business, but this one looks to be very promising, probably in large part because Netflix just assembled the original talent along with a massive group of the talent’s friends, gave them all a bunch of money, and let them do their thing. How the humor will play out over the course of eight episodes rather than a 90-minute feature remains to be seen, but if this trailer’s any indication, there’s nothing to worry about.