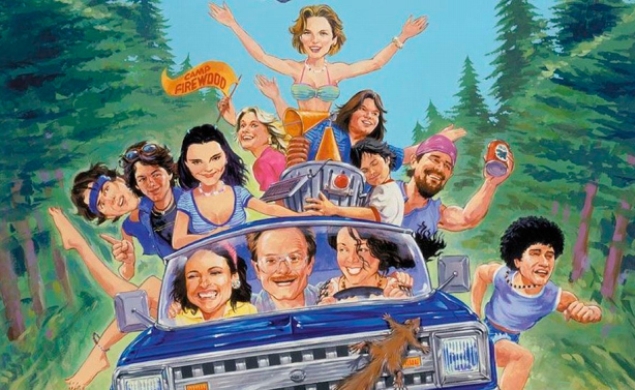 We truly live in a golden age of television. Or, perhaps more appropriately, considering this news item is about a Netflix series, a golden age of pieced-out programming you can totally watch on your television, computer, iPad, or whatever. Anyway, television! Good stuff! As part of that “good stuff on the small screen, probably” initiative, Netflix has gifted us—nay, gifted the world—with a return to Camp Firewood, with the prequel series Wet Hot American Summer: First Day Of Camp.

We don’t know a lot about the spin-off of the beloved 2001 comedy classic, but here’s what we are sure of: Everyone is coming back (really, everyone) and it will serve as a prequel to the David Wain feature. The joke is that everyone was too old to be teen campers during the first film, and now they’re definitely way too old. Part gift, part announcement, this first teaser for the series plays up both those elements, basically passing along word that all our favorite stars are back and it’s all going to be awesome. This is how you do a teaser, people!

Beyond all the returning talents—and, geez, there are plenty of them here—the series will also pack in the star power of Josh Charles, Randall Park, Lake Bell, Jayma Mays, Michaela Watkins, John Slattery, Paul Scheer, Rob Huebel, and Richard Schiff.

With only eight episodes planned, we’re going to say it: We already need more.