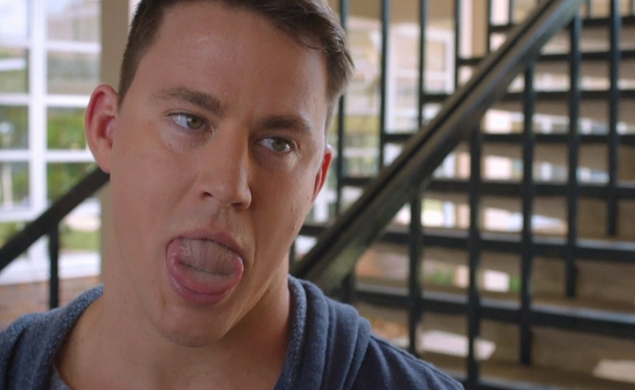 Rolling Stone’s David Ehrlich charts the evolution of Channing Tatum:
“Rather than try to withstand the press cycle and embrace a traditional Hollywood narrative of reinvention, Tatum started to leverage what could have been the most embarrassing chapter of his past into the cornerstone of his present. His trajectory from stripper to celebrity to movie-star-playing-a-stripper is easy to trace, and in a time where there have never been more of the former and fewer of the latter. With Magic Mike, Tatum minted his stardom by making his public persona indivisible from his most iconic role. Encouraged by the response to 21 Jump Street, Tatum doubled down on the same flair for transparency that made him such a perfect choice for that endlessly self-reflexive reboot. The gamble paid off: Budgeted at $7 million, Magic Mike grossed $167 million worldwide, making it one of the most absurdly profitable films of 2012. That's 167,000,000 $1 bills. We're gonna need a bigger banana hammock.”

Vulture’s Kenny Herzog put together an oral history of Terminator 2: Judgment Day’s liquid-metal effect:
“Jenette Goldstein (actress, Janelle Voight, John’s foster mother): The script kind of said, “She transforms,” or something like that, but it didn’t say anything about liquid metal. It didn’t describe anything about the actual process. It must have said, “Arm turns into a blade and stabs,” but it didn’t get explained to me what it was actually going to look like until I was on set. Even when it was explained to me, it was hard to imagine because it’d never been done before. I was surprised as anyone when I saw it.”

Vox’s Todd VanDerWerff says Back To The Future is “the most perfect blockbuster ever made” and will prove it:
“All things considered, ticking clocks are often a cheap way to build suspense. ButBack to the Future makes them work, both because the film piles them on with reckless aplomb and because the very idea of a countdown is so integral to a time-travel movie that it has some extra room to maneuver. But even if you ignore those allowances, Back to the Future's countdowns work because the movie is, on some level, about adolescence, about the idea that when we're teenagers, we're all racing against the clock of impending, boring adulthood. There's never enough time because maturity catches up to all of us sooner or later.”

Uproxx’s Mike Ryan thinks that filling in Star Wars’ expositional blanks with spin-off films goes against what made the original great:
“It’s the little off-hand, unexplained references that make Star Wars seem like a real world. Luke does it at the beginning of Star Wars when he mentions that he can take Ben as far as Anchorhead. What’s Anchorhead? It’s never explained. (Okay, yes, there is a deleted scene, hold that thought.) In The Empire Strikes Back, Han Solo reminds Leia of the trouble that they had with a bounty hunter on Ord Mantell. What is Ord Mantell, and who was this bounty hunter and what happened? It’s never explained, and the scene moves on because all we needed to know is that Han is freaked out about the price on his head and is getting the hell out of there. If Empire came out today, that would be an elaborate flashback scene. “Scruffy looking nerf herder,” “pull the ears off a gundark,” the list of never explained references goes on and on and it’s wonderful.”

Plus, the rest of today’s biz-ness