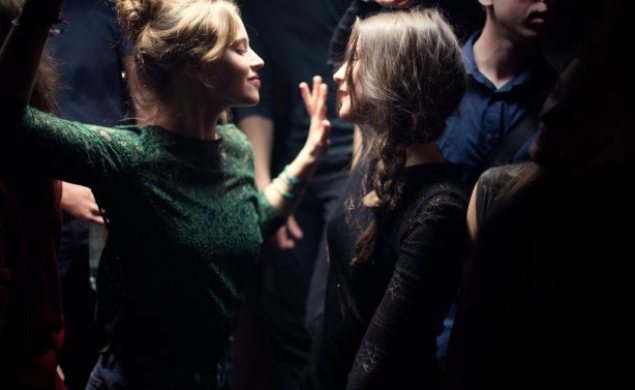 Many of us likely recognize and rightfully exalt Mélanie Laurent as Shosanna, the badass Jewess who unrepentantly burns down a theater full of Nazis in Quentin Tarantino’s Inglourious Basterds. But Laurent’s a director, too—she made her feature debut with 2011’s The Adopted (aka Les Adoptes, because the French just say everything more beautifully), a family drama about a pair of inseparable sisters that didn’t exactly floor critics, but was praised for its humor and visual flair.

Her second feature, Breathe (aka Respire, see my point?), screened at the 2014 Cannes Critics’ Week and the Toronto International Film Festival to almost unanimously positive reviews; it also won the Best First Time Narrative Feature Award at Provincetown International Film Festival (remember, it’s Laurent’s second film, but numbers are very confusing to us artsy types). The film’s only just now making its way to U.S. theaters, because we Americans are smug assholes who deserve to be on the other side of the foreign distribution equation from time to time.

Based on Anne-Sophie Brasme’s 2004 novel, Breathe has been oft-compared to Abdellatif Kechiche’s Blue Is The Warmest Color, though it’s not about two teen French girls who fall in love, per se, but rather about two teen French girls who develop an intense, volatile, and eventually abusive friendship. Newcomer Joséphine Japy stars as Charlie, a relatively content high-schooler (an extinct species that exists only in fiction) who falls deep in friend-lust with the new girl in town, Sarah (Lou de Laâge), sharing secrets and skipping down La Seine with baguettes and talking about Asterix or whatever French teenagers do in their free time. But soon Sarah reveals a destructive, possessive side, and Charlie finds herself trapped in a cycle of emotional and physical violence.

Breathe’s latest trailer hit the Internet this week, and it's about as dark and unsettling as you might expect, replete with fraught glances, passive-aggressive gym-class rebukes, faux-casual face-slaps, and hyperventilation. Having been one myself, I can confirm this film’s assertion that teenage girls are terrifying.

Our own Mike D’Angelo named Breathe one of his top three films at TIFF, writing, “Having burned up the screen [thank you for this, Mike] as an actor in films like Inglourious Basterds and Beginners, Laurent steps behind the camera to tell the harrowing story of an abusive friendship between two French teenagers. Neither demonizing nor sanctifying either woman, Breathe transfers the familiar seesaw rhythm of codependence to a fresh context that amplifies its emotional power.”  IndieWire’s Jessica Kiang called it an “insightful, layered teen drama,” writing, “right up until the film’s very closing moments, in which the carefully maintained tension and tone snaps under the ratchet of one melodramatic turn too many, it is not just an absorbing performance piece, but a film of real directorial confidence and flair,” while the lovely Kate Erbland, over at Film School Rejects, called it “gorgeous, twisted and confident,” citing Laurent’s “excellent eye for shot composition.” Sounds like Laurent’s really on fire!! (holds for applause)

Also: I’m not a doctor (yet) but maybe Charlie wouldn’t hyperventilate so much if she didn’t spend this entire trailer running around and around the same track? Just a thought.