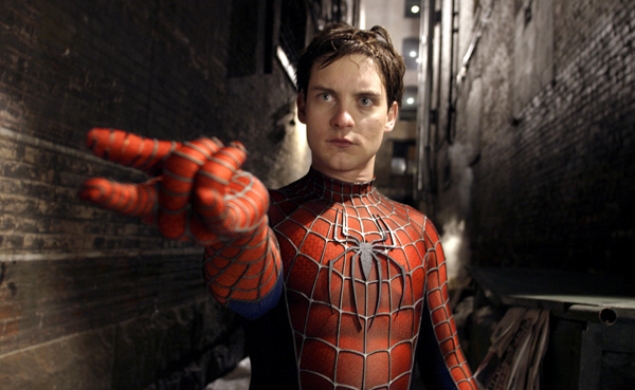 Non-News But We’re Still Reporting It Of The Day: Some stuff about Guardians Of The Galaxy 2
Today brings two pieces of “news” regarding Guardians Of The Galaxy’s sequel, neither of which is really news, but we’re all just cogs in the Marvel machine so here we go. First, James Gunn tweeted out the official title for the film, which is not the much-rumored Guardians Of The G2L2XY2, but rather Guardians Of The Galaxy Vol. 2, which is more boring but less stupid than the title I just made up (and also playfully refers to Peter Quill’s Awesome Mix Vol. 1 cassette tape). Gunn also shared a few “details” about the plot with Collider. “We get to learn a lot about fathers in the second movie,” he said. “It’s going to be exciting. I think it's a more emotional movie. It's both a bigger movie and a smaller movie because we focus more intensely on some of the characters.” Let’s review what we’ve learned: The movie will be exciting. There will be (trigger warning) fathers in it. It will evoke human emotions. It focuses on some characters. It will be both bigger and smaller than its predecessor. It will be have people. Those people will have faces.

Another Gunn Of The Day: Anna Gunn, who will star in Equity
Breaking Bad’s Anna Gunn will star in Equity, a Wall Street drama about the grueling process of trying to explain what “equity” means to a large group of English majors. The film follows Gunn as an investment banker who is “threatened by a financial scandal and must untangle a web of corruption, forcing her to re-examine the cutthroat world she has always loved.” Touted as the “first female-driven Wall Street film,” Equity suggests that women, too, can be shitty finance bros. Meera Menon will direct the film, and Broad Street, founded last year by Orange Is The New Black’s Alysia Reiner and Backwards’ Sarah Megan Thomas, will produce.

Post-Apocalyptic Thing Of The Day: Ray And Molly After The Apocalypse
Clare Kilner, best known for directing Dermot Mulroney’s lip scar in The Wedding Date, will next direct two other people’s facial scars (hopefully!!) in Ray And Molly After The Apocalypse. The indie rom-com will follow a pair of humans “thrown together in a post-apocalyptic world, forced to try and put aside their differences and challenge the rules of love.” There’s no other info available about the film, but it sounds like it’ll be sort of a mix between The Road and a John Hughes movie, excuse me, a Spider-Man movie.

Another Thing About Death Of The Day: Swiss Army Man, starring Paul Dano, Daniel Radcliffe and Mary Elizabeth Winstead
Paul Dano, Daniel Radcliffe, and Mary Elizabeth Winstead are set to star in “offbeat dramedy” Swiss Army Man. Launched at the Sundance Lab, the movie “centers on a hopeless man stranded in the wilderness who befriends a dead body and together they go on a surreal journey to get home.” It’s unclear who will play the hopeless person and who will play the dead person—if I had to decide, I’d say Dano reads more “hopeless” and Radcliffe reads more “dead”—and it’s also unclear why more people don’t travel with dead bodies as companions because it seems like it would be very peaceful. Daniel Kwan and Daniel Scheinert are directing.