Todd Solondz's Wiener-Dog gets a full cast on the leash 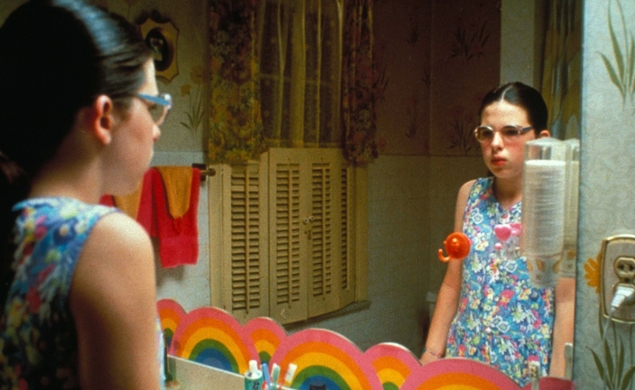 Our Movie Of The Week coverage of The Virgin Suicides has gone full steam ahead, with a new essay from Hazel Cills about the music of Sofia Coppola’s films and a forum discussion on the themes and style between Keith Phipps and Tasha Robinson. But if your appetite for suburban malaise has not yet been sated, don’t worry! The quiet desperation of life in the ’burbs was never quieter, more desperate, or ’burbier than in Todd Solondz’ Welcome To The Dollhouse. We first reported on murmurs of a proposed sequel to Dollhouse from Solondz back in October, and now the filmmaker has secured a full cast of talented actors to paradoxically look both expressionless and sad in his next project.

Let’s get the bad news out of the way first: This film will not be titled Welcome 2 The Dollhouse, and shall instead be called Wiener-Dog, in reference to a Dachshund that links segments of the film’s plot together, as well as a pun on the last name of protagonist Dawn Wiener. The diehard Solondzheads out there may wonder how the physics of the Solondz Cinematic Universe (known as the SCU in some extremely small, specific circles) allow for a Dollhouse sequel; after all, 2004’s Palindromes began with the funeral of a pregnant, obese, suicidal woman named Dawn Wiener. And yet living adult woman Greta Gerwig has signed on to take on the role of adult Dawn in this new project. Perhaps it was a different Dawn Wiener in the casket, or perhaps Solondz couldn’t give a flying fig about your intertextual inconsistencies.

Gerwig and costar Julie Delpy had already been confirmed as stars in Wiener-Dog, but Deadline brings us a bevy of exciting, indie-friendly faces today. Zosia Mamet (HBO’s Girls), Brie Larson (so powerful in 2013’s Short Term 12), Kieran Culkin (fresh off a stage engagement with Scott Pilgrim costar Michael Cera in Kenneth Lonergan’s This Is Our Youth), Ellen Burstyn (seen recently in The Age Of Adaline), master dramatist Tracy Letts (pen behind Bug and Killer Joe), and Danny DeVito (who is Danny DeVito) have all signed on to act in the upcoming film. It’s a scattered bunch to be sure, but there’s no shortage of raw talent. All signs indicate that we’re in for another characteristically wry, poignant black comedy from Solondz.