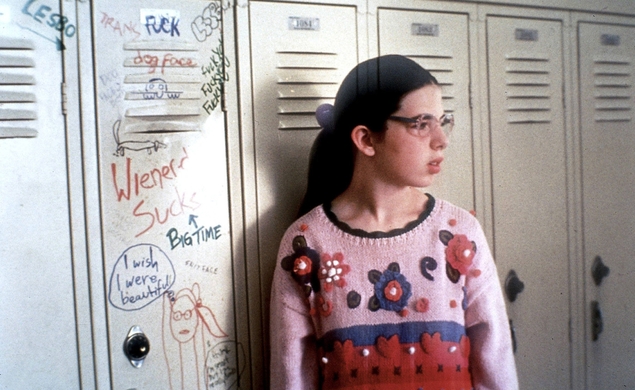 Todd Solondz’s Welcome To The Dollhouse became one of the signature indie movies of the 1990s, and a calling card for Solondz, who went on to a long career as an independent filmmaker. Dollhouse won a prize at Sundance and wound up on Roger Ebert’s list of the best films of 1996. Solondz returned to the world of Welcome To The Dollhouse (sort of) with 2004’s Palindromes, and The Hollywood Reporter says he’s going to do it again (sort of).

THR reports that Solondz is casting a film called Wiener-Dog, “an ensemble indie that is tied together thematically by a dachshund,” with one story focused on the grown-up version of Dawn Wiener, the protagonist of Solondz’s Dollhouse. That film’s star, Heather Matarazzo, wouldn’t return, however, as Greta Gerwig is apparently “in discussions” to take over her role:

“The script tells several stories featuring people who find their life inspired or changed by one particular dachshund, who seems to be spreading comfort and joy. It’s early days in the casting process and it’s unclear the nature of Delpy’s character, but if everything comes together, Gerwig would play the adult Dawn Wiener in one of the storylines.”

Having met several very adorable dachshunds in my life, I find this story compelling, rich, and wholly believable. Julie Delpy is reportedly up for another role, and Megan Ellison’s Annapurna Pictures will produce alongside Christine Vachon.

It’s been a while since I saw either previous Wiener film, but if I’m remembering things correctly, I’m not sure how this idea of an adult Dawn Wiener fits with Palindromes (not comfortably, it would seem). The truth either way is Solondz is the sort of filmmaker who probably doesn’t care about that stuff. And if it produces a movie from Todd Solondz and Greta Gerwig (involving cute dogs), who cares about continuity or timelines or anything like that?