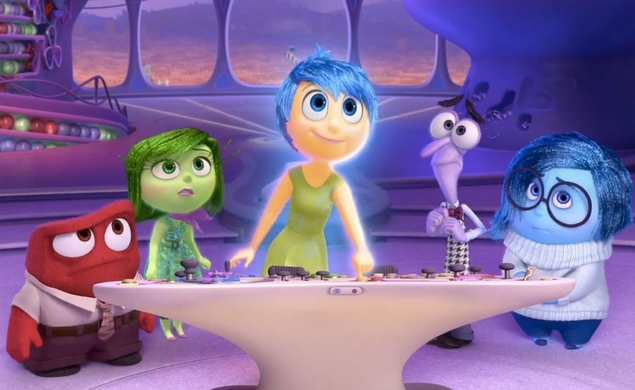 Let’s get this out of the way early: Jurassic World made a ton of money this weekend. After using its tiny little T. rex claws to claim a wide variety of box-office benchmarks during its opening weekend, the film has continued its assault on the world’s innocent multiplexes, snapping up an additional $102 million over the weekend in domestic returns alone. Worldwide, the film is fast approaching the billion-dollar mark, and its total take currently hovers around $981 million. The film has already smashed a bevy of “fastest-to” charts, and is currently the domestic film that has reached $100 million, $150 million, $200 million, $250 million, $300 million, and $350 million the fastest. Like a raptor, it’s quick and it’s deadly.

Yet, despite Jurassic World’s tremendous box-office domination, we suspect no one at Pixar HQ is feeling particularly blue, because despite a second place showing, their Inside Out crushed a variety of records on its opening weekend. With an estimated weekend gross of $91 million, the film is not only Pixar’s second-best opening film (behind Toy Story 3), but the best opening original film (not a sequel, not pulled from existing material) of all-time. Of all-time! The animated feature also has the distinction of being the highest-grossing film to not hit No. 1 in its opening weekend (weirdly, The Day After Tomorrow has held that title since 2004).

The weekend also saw the release of a wide variety of limited offerings, including The Overnight, Infinitely Polar Bear, Eden, and Manglehorn. Of the group—none of which opened in more than five theaters—The Overnight pulled out the best showing (and, ahem, something else, but anyway), taking in $62,000 in three theaters, the third-best per-theater average of the week ($20,667). The gap between the top three per-theater averages and the rest of the crowd was profound, though, and while Infinitely Polar Bear came in fourth place, with a total take of $47,000 in five theaters, good enough for an average of $9,400 per theater.

Despite the big showings of both Jurassic World and Inside Out, the weekend is only the fourth-best performing weekend of the year, falling behind last weekend and January 16 to 19 (which saw the wide expansion of American Sniper) and February 13 to 16 (which saw the release of Fifty Shades Of Grey).