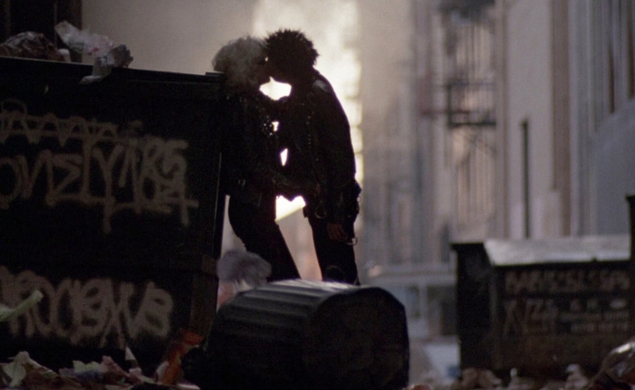 After capturing the attitude of punk with Repo Man, Alex Cox delved into punk history for his follow-up, a biopic of Sex Pistols bassist Sid Vicious and Nancy Spungen, the woman he loved (and later killed). It’s a strange film that occasionally seems at odds with itself, romanticizing the relationship of the central couple (played by Gary Oldman and Chloe Webb) while still showing all the squalor and degradation of their lives together. But for all its contradictions, it’s a haunting film, too. Neither Oldman nor Webb attempt to make their characters the least bit likable—Webb usually starts each scene at “shrill” and gets more intense from there—but they make clear how much they mean to each other, even if they’re destined to do each other harm. “Love Kills,” the film’s subtitle in some markets, is no joke. If it occasionally makes a mash of punk history, that’s not really the point. (It’s also a tour de force for cinematographer Roger Deakins.) Sid And Nancy airs at 6 p.m. Eastern on Epix3.