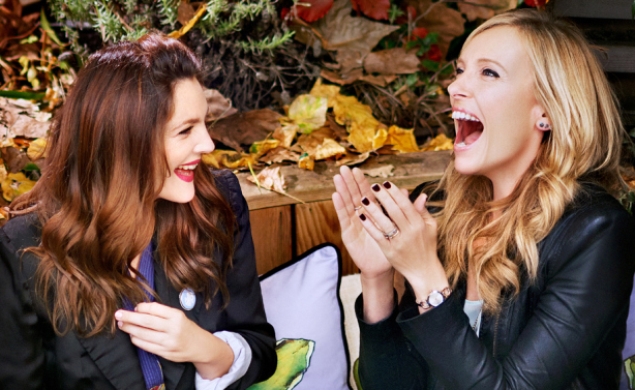 In his three-and-a-half-star review for The Dissolve of last summer’s Lucky Them, starring Toni Collette as a free-spirited but troubled music writer, Chris Klimek wrote, “Toni Collette is capable of anything.” Nearly her entire body of work evokes that same sense of confidence—Collette’s played everything from a dreamy, ABBA-obsessed introvert (Muriel’s Wedding), to a mother struggling to stay afloat while drowning in grief and dealing with a kid who’s casually conversing with the dead (The Sixth Sense), to a lacquered 1950s housewife smothering her sadness and sapphic desires in wide smiles and smooth lines (The Hours), to a dynamic, intelligent woman struggling to overcome multiple-personality disorder (United States Of Tara).

Collette’s inimitable and seemingly unshakeable talent bodes well for her next role, which, in the hands of another actor, might take a sharp turn toward maudlin. Variety reports that Lionsgate and Roadside Land have picked up the U.S. distribution rights to Miss You Already, starring Collette and Drew Barrymore as women who’ve been “best friends forever.” But their relationship “hits a rough patch” when Barrymore’s character, who’s long been trying to have a baby, gets pregnant at the same time that Collette’s character gets breast cancer. Miss You Already is directed by Catherine Hardwicke, best known for a little-seen indie about sparkly undead hunks brainwashing human women into shuffling off their mortal coils.

British writer and actor Morwenna Banks (Damned) penned the screenplay for the film, which shot last fall in England. This means Barrymore might be attempting a British accent, which...hm. Dominic Cooper and Paddy Considine will play Barrymore and Collette’s husbands, while Jacqueline Bisset will star as Collette’s mother. All of these people have actual British accents, which is great!

Title absolutely withstanding, Miss You Already is a bit of a minefield for melodrama. But we’ve got Toni! The eternally wonderful Toni. Plus a female director, a female screenwriter, and two female leads, which is massively wonderful. And it seems that the film’s screenplay likely sprung from Banks’ own experiences, lending it the sense of realism and gravitas it would need to succeed—several years back, Banks penned a play called Goodbye after losing three of her friends to breast cancer (oof, how awful). So this thing might turn out all right, or even, as newly British Barrymore might say, bloody fantastic.