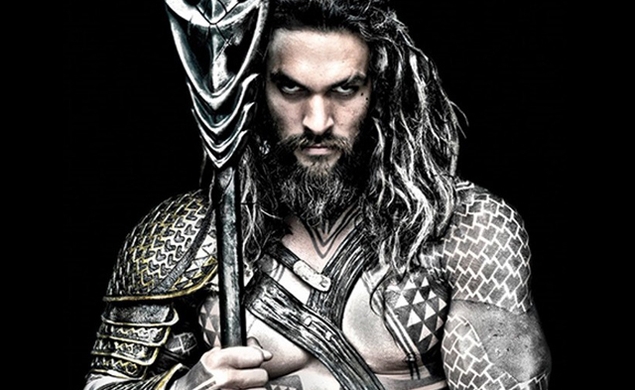 I’m not an Aquaman, I’m An Aqua, Man, Of The Day: James Wan will direct Aquaman
Confirming months of rumors—nay, decades of prophecies—James Wan will officially direct Aquaman, the Warner Bros. movie about a normal guy who wakes up one morning and decides to start a Danish-Norwegian dance-pop group with his Danish-Norwegian buds. Wan is best known for directing Furious 7, Insidious, Saw, and The Conjuring, so Aquaman is in good, scary-ass hands. The movie will star Jason Momoa as an oceanic superhero who has mastered waterproof eyeliner.

Just Can’t Quit You Of The Day: Sister Act, which is getting “another chapter”
Disney just can’t kick its Sister Act habit (hold for raucous applause). Writers Kirsten “Kiwi” Smith and Karen McCullah—whom THR refers to as “two of the most reliable writers in the female protagonist comedy space with credits that include Legally Blonde, The House Bunny and She's the Man”—are penning “the latest chapter in the franchise that spawned the 1992 original starring Whoopi Goldberg, a 1993 sequel and a Tony-winning Broadway musical.” It’s unclear whether this is a reboot, a remake, a sequel, a prequel, a spinoff; I hate this sentence and this world we have created for ourselves so much. It’s also unclear if Goldberg will be returning, or if there is a God.

This Has Officially Gone Too Far Of The Day: Disney is turning a sequence from Fantasia into a live-action movie
Speaking of Disney perverting its own pre-existing properties, the studio is hard at work on yet another live-action adaptation, which, how? But okay. This time, the adaptation isn’t even of an entire film, but rather, of a portion of one—the “Night On Bald Mountain” sequence from Fantasia—which means all bets are off forever. Henceforth, it now stands that studios may hack off various limbs from existing films and turn them into full-length features of their own. If you don’t recall, “Night on Bald Mountain” centered on a “dark winged creature who raised spirits from the dead,” not unlike Disney is doing to its own movies.

Redux Redux Redux Redux Of The Day: Tangled, already an adaptation, will be adapted into a TV series
Don’t sleep on Disney, y’all. Disney is not done with us yet. Tangled, Disney’s 2010 “Rapunzel redux,” is getting redux-ed yet again; this time, it will become a TV series. The series will “take place in between the events of the movie and Tangled Ever After, when Rapunzel is getting acquainted with the kingdom from which she was snatched as a baby.” Mandy Moore will reprise her role as the lead, Alan Menken will write the music, and Disney will hand out $100 bills as napkins.

Most Talented Murderer Of The Day: Zoe Kravitz in Black Belle
Zoe Kravitz is set to star in Black Belle, Disney’s live-action mashup of Black Beauty and Beauty And The Beast that sees Belle falling in love with the horse from War Horse. I just made that up but I assure you it will be a real thing in about two months. Kravitz’s film is actually an original screenplay (!) about “a loner/bounty hunter who specializes in revenge killing when a client shows up with information about her mother’s murderer. It takes a turn when she realizes just who the alleged killer really is.” That Deadline summary is very poorly written, but let’s move forward, just like the War Horse once did. Set just after the Civil War, when revenge-killing was still an acceptable skill to put on a resumé, Black Belle will be directed by Shana Betz (Free Ride).

Hunger Games Thing Of The Day: A photo, an ominous number sequence
“Jennifer Lawrence,” a.k.a. one of her hundreds of social-media lackies who work and live in a windowless underground factory in Pripyat, posted the first photo from The Hunger Games: Mockingjay—Part 2 on her Facebook. Not much is happening in the photo, really; Katniss is kneeling in an intense black suit of some kind, holding her bow and arrow, while Gale kneels behind her, telegraphing “pensive.” “Jen” sort of fucked up the movie’s #UniteRevolution hashtag, designed to incite total real-world chaos for the teen set, writing instead “#Unite.” Somebody is going to pay for this mistake (it will be taken out of worker #423’s wages). “Jen” also wrote “6.9.15,” which could mean one of two things: 1) The first trailer will drop on June 9. 2) 6 plus 9 equals 15, which, true! 3) There are only 6,915 days left until Jennifer Lawrence’s Last Fuckable Day.

What Might Have Been Of The Day: Jada Pinkett-Smith explains why she lost the female lead in The Matrix
Jada Pinkett-Smith told Howard Stern that she lost the female lead in The Matrix because “Keanu and I didn’t, uh, really click…We just didn’t have any chemistry, he and I.” Which is difficult to imagine, as Keanu Reeves has been known to set buildings aflame with a single hair toss. She also noted that Will Smith passed on the lead role of Neo, because he just “didn’t see it.” SMDH at these Pinkett-Smiths right now. Think of all that cash that they could have added to all of their cash. Will nobody think of young Jaden’s future?