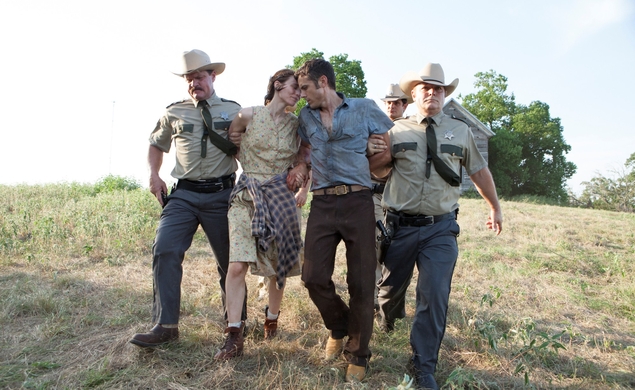 Bradford Young had a very good 2014, garnering much notice and acclaim for his work shooting both Ava DuVernay’s Selma and J.C. Chandor’s A Most Violent Year. But the buzz surrounding the cinematographer began in earnest a year earlier, with two smaller films that captured his talent manipulating light and digital aesthetics to create gasp-worthy imagery: Mother Of George, and especially David Lowery’s Ain’t Them Bodies Saints, which together won him his second Cinematography Award at Sundance. Ain’t Them Bodies Saints is arguably the best document of Young’s talent; in his Essential-Viewing-certified review of the film, Keith Phipps likened the young-criminals-in-love indie drama to Robert Altman by way of Terrence Malick, and the second part of that comparison is largely attributable to Young’s brilliant, subtle use of light and shadow. (Okay, and the film’s use of voiceover.) But Lowery’s film has more than just its visuals to recommend it: Casey Affleck and Rooney Mara are both captivating, all barely-simmering intensity and precision, bringing a muted intimacy to their roles as Bob and Ruth, an outlaw couple separated by a 25-year prison sentence and a sheriff’s deputy played by Ben Foster, who enters Ruth’s life while Bob is away. Lowery’s film is a restrained, sparse one that invites interpretation, with a story that doesn’t develop so much as it subtly shifts and shimmers, like the light through Young’s lens. Close the blinds, turn off the lights, and watch this one in the dark when it airs at 5:15 p.m. Eastern on Showtime Showcase.