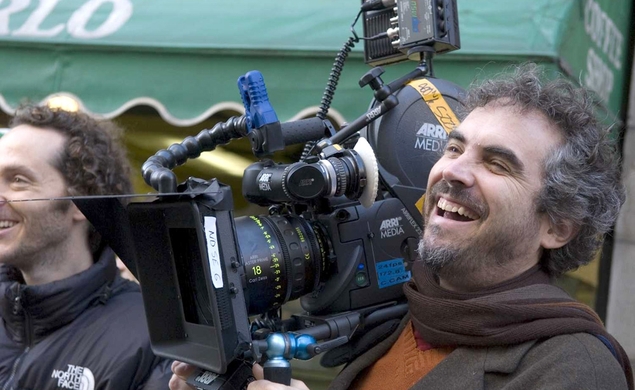 Both because Cannes is very nearly upon us (our first report from the Croisette runs Friday) and because looking forward to things has recently overtaken baseball as our national pastime, we may as well start looking forward to the next big film festival. Along with Cannes and the Berlinale, the Venice Film Festival is one of the most highly regarded programs of the year. It’s like the cooler older brother to try-hard Cannes; everybody has a sexy Italian accent instead of a French accent, jury members come from a little farther off the beaten path (last year’s jury included Jhumpa Lahiri, Indian novelist and author of Interpreter Of Maladies), and the coveted Golden Lion prize usually recognizes a fascinating film that international cinephiles might not have been aware of otherwise. Under the scrutiny of last year’s Jury president Alexandre Desplat, the Gold Lion went to Roy Andersson’s formalist marvel A Pigeon Sat on a Branch Reflecting on Existence—entering limited release in American theaters this summer! But whichever enterprising filmmaker takes home this year’s prize will have to go through a tougher cookie than some foofy French composer.

THR reported early this morning that Alfonso Cuarón will sit as the president of the Competition Jury at the 72nd Venice Film Festival from September 2-12. Cuarón is no stranger to the canals of Venice, either; Y Tu Mamá También, Children Of Men, and Gravity all made their world premiere at the festival, with Mamá earning Cuarón an award for his screenplay. Gravity opened the festival in 2013 (spawning a neat-o bit of film trivia when next year’s opener, Birdman, gave cinematographer Emmanuel Lubezki a one-two punch) to rapturous acclaim, though the top prize went to Sacro GRA.

It’ll be a minute until the actual programming comes to light, though Venice never fails to deliver a slate filled with exciting established talents and a few welcome surprises. Cuarón should have a fine selection of films to pick through. While we’re on topic, here’s a fun factoid to bust out during the next awkward silence on a first date, or when conversation has flagged at a cocktail party: Wesley Snipes won the Volpi Cup (the most prestigious award Venice bestows upon an actor) at the Venice Film Festival in 1997. What a world!