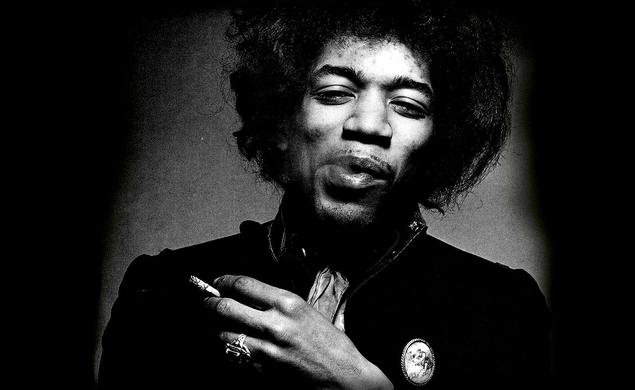 The occasional dueling-biopic situation always promises a good time, because rarely does the world of cinema lend itself so readily to competition clearly resulting in a winner and loser. (Except for the endless stream of awards programs, but that’s neither here nor there.) When two nearly identical concepts have a showdown at the box office and on the pages of critical publications, it makes watching movies feel like watching sports. In the 2005-2006 tussle between Truman Capote biopics Capote and Infamous, Philip Seymour Hoffman’s portrayal was the clear-cut victor. In the 2012 face-off between Alfred Hitchcock biopic Hitchcock and HBO’s The Girl, it was declared a draw on account of mediocrity on both sides. (Toby Jones just can’t catch a break.)

Hollywood’s gearing up for another clash of the biopic titans, with Deadline announcing today that Paul Greengrass has signed on to direct a Jimi Hendrix biopic with Legendary Pictures. it will undoubtedly draw comparisons to last year’s Jimi: All Is By My Side, an unauthorized biopic of the legendary guitarist directed by John Ridley, the 12 Years a Slave scriptwriter and former host of Movie Club With John Ridley. While critics praised Andre “3000” Benjamin’s performance as the Seattle-born rock deity, the film as a whole was lacking a certain something.

Greengrass and Legendary’s Hendrix picture will have that certain something, by which we mean “the right to Hendrix’s music.” Slight squabbles with the Hendrix estate prevented All Is By My Side from actually featuring any of Hendrix’s iconic tunes, which was widely acknowledged as the cause for the indie’s abysmal box-office take. The still-untitled Greengrass project will surely enjoy a higher profile, due both to Legendary’s weight in the industry as well as the inclusion of such classics as “Purple Haze” and “If 6 Was 9”. But as we know full well, biopics are tricky business. Whoever emerges with the championship belt in this upcoming bout will hinge upon Greengrass’ casting choice to fill Hendrix’s signature jacket, and the skill with which he mitigates the pitfalls of the biopic form. Furthermore, Greengrass claims an edge over Ridley by virtue of having more films under his belt. In other words, he’s experienced.