Leslie Mann finally set to headline her own R-rated comedy 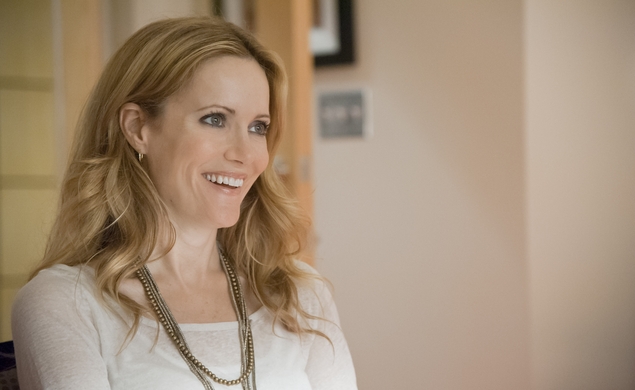 The entire universe agrees on the appeal of Leslie Mann. If you don’t, please don’t speak up and ruin these immaculate stats. She’s a sharp, consistently surprising chameleon of an actress, one who manages to ooze warmth and wit and project a down-to-earth, real-woman vibe while also being a goddamn comedic goddess with Connie Britton-level hair.

The Guardian’s right—Mann did steal the show in almost every single one of these movies. (Though the piece also includes this haunting aside: “Her forehead has the unlined sheen of a well-polished car bonnet.”) So the fact that she’s never really headlined a film on her own, or played a central female character who wasn’t, in some way or another, orbiting around a man or a bunch of kids, makes zero sense. But today, us Mann-nonites (...no?) can finally rejoice: Deadline reports that Block Entertainment is “going out to studios today” with a “package that has Leslie Mann set to anchor an untitled R-rated female-driven comedy.”

Do we have time to arrange a parade for this really quick? Like, just to cheer on Block Entertainment as they flood the streets, knapsacks slung over their sunburned shoulders, knocking on the doors of studios? That’s how this works, right?

The untitled film will be written and directed by The Hangover’s Jon Lucas and Scott Moore. Judd Apatow—whose biggest accomplishment is being Mann’s husband, followed very closely by Freaks And Geeks—will produce through his Apatow Productions. I wish I had just typed the names of some women instead, but we can’t get everything we want in one day. We aren’t Adam Sandler.

Mann’s accompanying quote explains a little bit more about the movie: “Lucas and Moore have written a funny and heartfelt script about women and the challenges of motherhood. I am thrilled to be working with them on this film, and to collaborate for the first time with Block Entertainment and Merced Media.” Okay, so it looks like she’ll likely play a mom again? That’s fine, though, because the difference is that this time, the movie’s being marketed as a Leslie Mann vehicle. There are no boys, fratty or otherwise, to be seen in this pitch. It’s not a Leslie-Mann-is-married-to-Paul-Rudd-isn’t-that-cute combo pack, or a Leslie-Mann-mothers-her-real-kids-on-screen-isn’t-that-cute project, or a Leslie-Mann-makes-out-with-Zac-Efron-isn’t-that-crazy joint. It’s finally time for the Mannaissance, y’all!