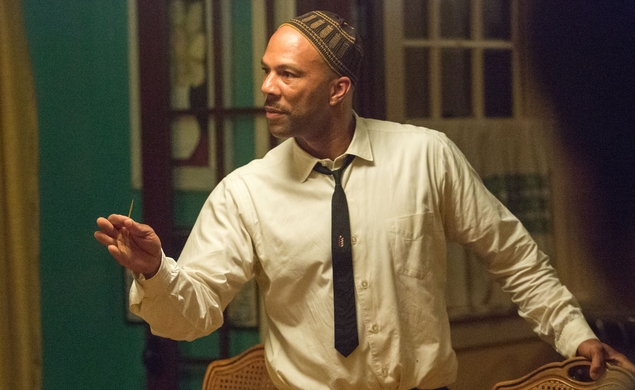 Like seemingly all rappers, Chicago rapper Common dabbles in acting to the point where it now seems to be his main gig. But so far, his acting career has largely been relegated to dodgy romantic comedies and thankless supporting roles in giant action movies like Terminator Salvation, Wanted, and Run All Night. The handsome and dapper rapper-turned-actor is riding high these days, however, following his Academy Award win for Best Song for Selma’s “Glory” alongside John Legend. And today brings news that the prolific entertainer has snagged two more film roles.

The Hollywood Reporter reports that Common has just been added to the sprawling and impressive ensemble cast of the supervillain team-up movie Suicide Squad. The film’s cast already includes Jared Leto as The Joker, Will Smith as Deadshot, Margot Robbie as Harley Quinn, Jai Courtney as Boomerang, and Cara Delevingne as The Enchantress.

In more boring news (as it involves late-period Rob Reiner), Common has also been cast in the All In The Family cut-up’s latest film, Being Charlie, which was co-written by the director’s son Nick along with Matt Elisofon. The film stars Nick Robinson as Charlie, a teenaged fuck-up who escapes from his youth drug clinic and is forced to go to an adult rehab. There he meets a girl, learns life lessons, and emerges a stronger man.

It is not yet know what role Common will play in either film, but I’m guessing it will be a very handsome man.