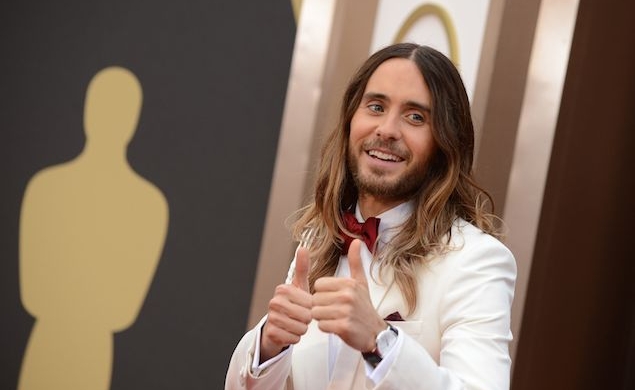 Warner Bros. didn’t mess around when it came time to cast their upcoming Suicide Squad movie, as rumors have persisted for weeks that they were gunning for a variety of major names—including an Oscar winner, one of the world’s biggest superstars, and a handful of solid up-and-comers—to round out the death-bent DC Comics gang. It was certainly an ambitious dream cast, even for a studio aiming to go up against the juggernaut that is the Marvel Cinematic Universe, and one plagued by numerous questions: Would Will Smith really want to do another superhero movie? Would Jared Leto pick a baddie role for his first post-Dallas Buyers Club movie? Who is Jai Courtney?

But betting high appears to have paid off, because WB has just officially locked most of its Suicide Squad cast, and it looks just the way they promised it would.

Variety shares that Leto, Smith, and Courtney have indeed signed on for the movie, alongside Margot Robbie, Tom Hardy, and Cara Delevigne. The story—about a group of supervillains who attempt to earn redemption by taking on missions that will likely kill them—will tie into the newly-expanded DC universe, so the film will likely also include a role for Jesse Eisenberg’s Lex Luthor, who will first appear in Batman V Superman: Dawn Of Justice (which opens in March of 2016), though that particular negotiation has not yet been finalized. The film is also still in need of an actress to play Amanda Waller (aka the Nick Fury of the Suicide Squad), and the outlet reports that the studio’s shortlist includes “Viola Davis, Octavia Spencer and Oprah Winfrey, whom sources say would be WB’s first choice for the part.” (Hey, that would add yet another Oscar nominee to the bunch! Nice going, Warner Bros.!)

As of now, this is who you can expect to see playing each baddie when the squad gets rolling in 2016:

Although The Joker and Harley Quinn have both appeared in previous Batman movies, Suicide Squad marks the first time we will see supervillains Deadshot, Rick Flag, Boomerang, and Enchantress on the big screen.

Directed by David Ayer, the film will start production next April in Toronto and will be released in 2016 (DC recently claimed an August 5, 2016 release date, but has yet to announce that it belongs to their baddie-centric feature). Start saving up for your new action figures now.