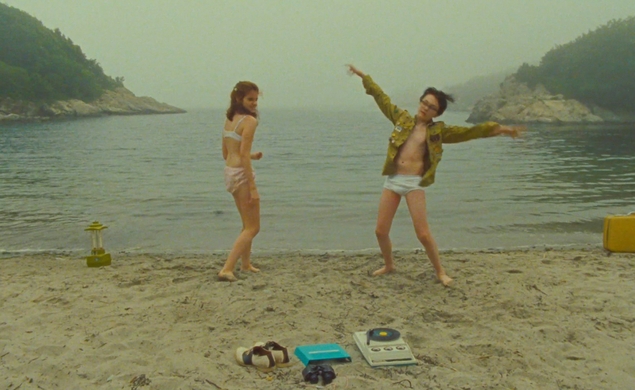 This morning brings announcements galore. While eyes were glued to the Croisette last night in anticipation of the Cannes selection committee’s announcement of the Competition slate for this year’s festival, Criterion released a slate all its own. The home-exhibition distributor unveiled its offerings for the month of July, an eclectic array of titles that’ll quench movie lovers’ cinematic thirsts during the dog days of summer. (Not real thirsts, though. Make sure to hydrate adequately during all-day viewing marathons. Resnais is grat, but he’s no substitute for actual water.) Beginning with a pair of Blu-ray updates and following through with four new releases centering on the theme of coming-of-age, Criterion’s got its work cut out for it this July.

July 7 will see the Blu-ray rerelease of a two-film box set containing both major adaptations of Ernest Hemingway’s short story The Killers. On Side A (I don’t own a Blu-ray player; they work just like cassette tapes, right?) is Robert Siodmak’s 1946 film, a film noir unjustly left off the shortlist of all-time greats. The moody and evocative lighting typified the noir fixation on chiaroscuro shadows, and a 33-year-old Burt Lancaster got a huge break from his role in the film. On Side B, we’ve got Don Siegel’s vicious 1964 take. Conceived as a TV project and moved into cinemas when the film proved too violent for America’s living rooms, Siegel’s The Killers pulls no punches. For bonus points, the set’s extras include yet another adaptation of Hemingway’s story, albeit at short-film length. During his days in film school, Russian great Andrei Tarkovsky gave the story a go as well, turning this set into a threefer.

In commemoration of director Alain Resnais’ passing last year, Criterion’s trotting out a Blu-ray upgrade of his seminal Hiroshima, Mon Amour on July 14. While we wish it were under better circumstances, news of a fresh restoration of this cornerstone of the French New Wave is still good news. Cinephiles especially talented at self-delusion will really enjoy the rerelease; with extensive interview clips with Resnais included as extras, maybe we can all trick ourselves into believing the man’s still alive and with us.

July 14’s gonna be a big week at Criterion HQ. That week also sees DVD and Blu-ray releases of two new titles. Carroll Ballard’s 1979 film The Black Stallion breathes life into Walter Farley’s novel for youngsters, about a boy rescued from a devastating shipwreck by a wild stallion. (I’m sorry, that’s Wyld Stallyn.) Meanwhile, Swedish auteur Jan Troell’s epic bildungsroman Here Is Your Life will also hit shelves. The film slowly and delicately maps out the life facing a working-class boy in politically turbulent Sweden, with a neorealist’s faith in the cruelties of common life to enlighten and move audiences.

The last two offerings for July drop on the 21st, another pair of coming-of-age stories to make viewers pine for the lost days of their youth and wish that they had better taste in music as a 12-year-old. Stephen Frears’ 1985 film My Beautiful Laundrette taps into repressed adolescent exuberance through a romance between two Londoners: a Pakistani-bred man who runs the titular laundromat and his childhood pal, who’s fallen in with the city’s skinhead gangs. (The guy who played the skinhead did a bang-up job, too! I wonder if anything ever became of that Daniel Day-Lewis?) But July’s biggest crowd-pleaser is Wes Anderson’s Moonrise Kingdom, a film that Criterion nerds have been patiently awaiting since its release three years ago in 2012. The extras promise hours of meticulously composed, perfectly symmetrical fun, including Bob Balaban as the host of something called Welcome to New Penzance, and a full map of New Penzance Island. Phew! If you need us, we’ll be listening to our Francoise Hardy records.