There’s a lot going on in the trailer for Aloft, Claudia Llosa’s first English-language feature 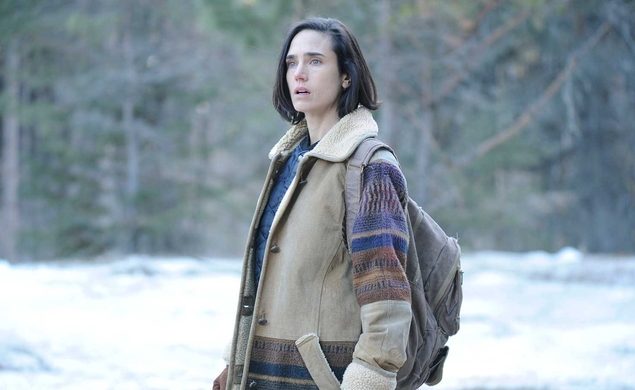 After reading multiple reviews and watching the new trailer for Claudia Llosa’s Aloft multiple times, I have but a tenuous grasp on just what the fuck is going on in this movie. Ostensibly, it takes place during two separate time periods: Half unfolds in the past, following Nana (Jennifer Connelly), a single mother/farm worker/magical healer raising two sons, Ivan and Gully; the other half chronicles the present, when a grown-up Ivan (a very sad-looking Cillian Murphy) and a journalist (Melanie Laurent) seek out the missing Nana on some icy Arctic hellscape.

Those are just the bones of the story—I’m going to take a wild leap and guess that Aloft is more of an allegory or a fable than a straight-shootin’ movie-film. Writer-director Llosa (who won several awards for her first feature, Madeinusa, and a Golden Bear and an Academy Award nomination for her second, The Milk Of Sorrow) is a fan of magical realism and mysticism, and in this trailer alone, there are plentiful references to the occult, plus some falcons, some terminally ill kids, some casual child abandonment, several knit beanies, various aerial shots of branches, and a lot of voiceover narration about a frozen lake that isn’t really about a frozen lake.

On-the-nose symbolism and overstuffed plot aside, there’s a lot to celebrate about Aloft: The film marks the gifted Llosa’s first English-language feature (she’s Peruvian); the cast—particularly Laurent, who would star in every movie forever if it were up to me—is fantastic; and it looks beautifully shot, full of stark, moody landscapes and verite-style camerawork. Also, all those falcons! We don’t talk about falcons enough here at The Dissolve (somebody get Jonathan Franzen on this). Here’s the trailer:

The trailer suggests that Aloft might be a little The Tree Of Life-y, which, if Llosa manages to pull the whole thing off, is great news. The not-great news is that Aloft premiered at Berlin to middling reviews—Variety called it a “doleful downer,” one that “belongs to an ambitious school of allegorical storytelling whose creators find it more interesting to raise open-ended questions than explain everything with pat answers,” while IndieWire called it an “overwrought melodrama that here and there tips over into heavy-handedness despite the restrained beauty of its images.” “It opens with a pig giving birth on camera, which is always a promising start,” notes The Hollywood Reporter.

Whatever, reviews! As a staunch supporter of talented female directors and pig-births, I’ll be checking this out.